Horizon Zero Dawn series is getting a comic book set after the events of the first game which might have revealed a new robotic dinosaur.

Recently, Titan Comics who are publishing the Horizon Zero Dawn comic have shared six different cover variants for it. One of the cover variants interesting shows a new enemy type that was never present in the first game.

This new robotic dinosaur appears to resemble raptors with its feathered wings and a big claw on its toe. There is a lot of material for inspiration when it comes to creating new robotic dinosaurs in Horizon Zero Dawn and Guerrilla Games appear to have focused on some of the most popular ones. 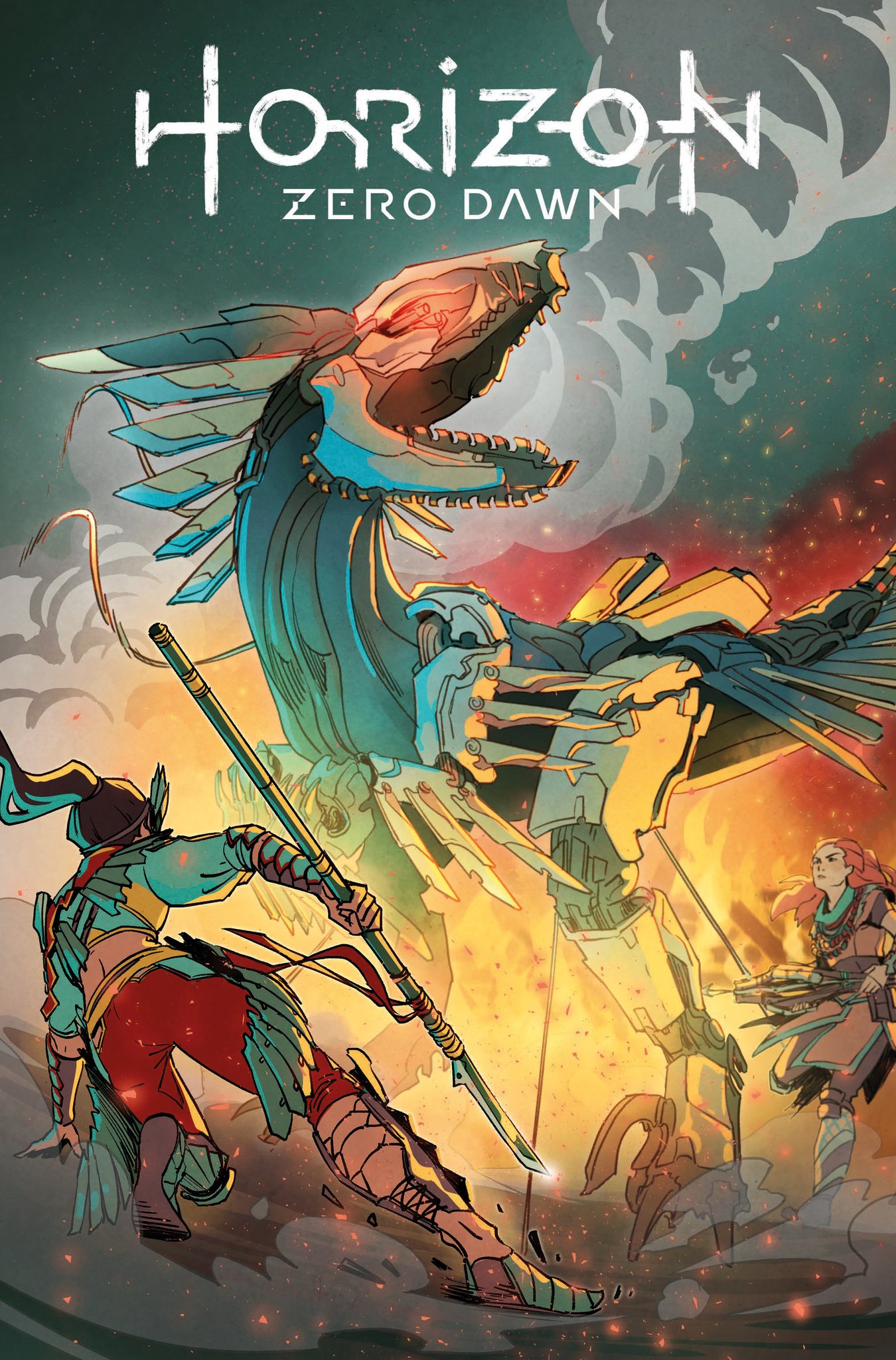 This new robotic dinosaur is only present in the comic book for now but since the story in the comic is set after the events of the first game, it is possible we might encounter it in the upcoming sequel which is all but confirmed to launch for the PlayStation 5.

Read More: Sony is Gifting Two Months of Subscription to PS Plus Subscribers to Watch Anime

Here is an overview of this new comic book courtesy of Titan Comics.

Brand-new comics series based on the award-winning game by Guerrilla.

ALOY AND TALANAH RETURN IN A NEW STORY SET AFTER THE EVENTS OF THE GAME!

Nature has reclaimed the planet. Awe-inspiring machines dominate the land, as humanity fights for survival on this new Earth.

Co-created by Writers Guild Award-winner and one of the writers of Horizon Zero Dawn game Anne Toole.

The first issue of this comic will launch on August 5th. It can be purchased for $3.99.

Horizon Zero Dawn is a brand new IP created by Guerrilla Games that launched to critical and commercial acclaim on PS4. It is coming to the PC later this year.