Microsoft shared the initial six games that will be leaving Xbox Game Pass later this month, and now they have added four more to the list bringing the total number up to 10.

Xbox Game Pass is getting some nice additions this month include Monster Hunter World by Capcom. Microsoft also removes games from the subscription service and now they have added four additional games that will be removed from the Xbox Game Pass lineup at the end of April 2019.

So in addition to OlliOlli 2, the first game will be also removed from the service making way for new ones in April 2019. If you are in a hurry to play any of these games, then you should do it before they are taken down from the service.

Xbox Game Pass will continue to get new games every month. Some of the highlights recently are Shadow of the Tomb Raider, Just Cause 4, Ark Survival Evolved, Minecraft, and Monster Hunter World. There is no limit on the number of games that are added or removed from the service. 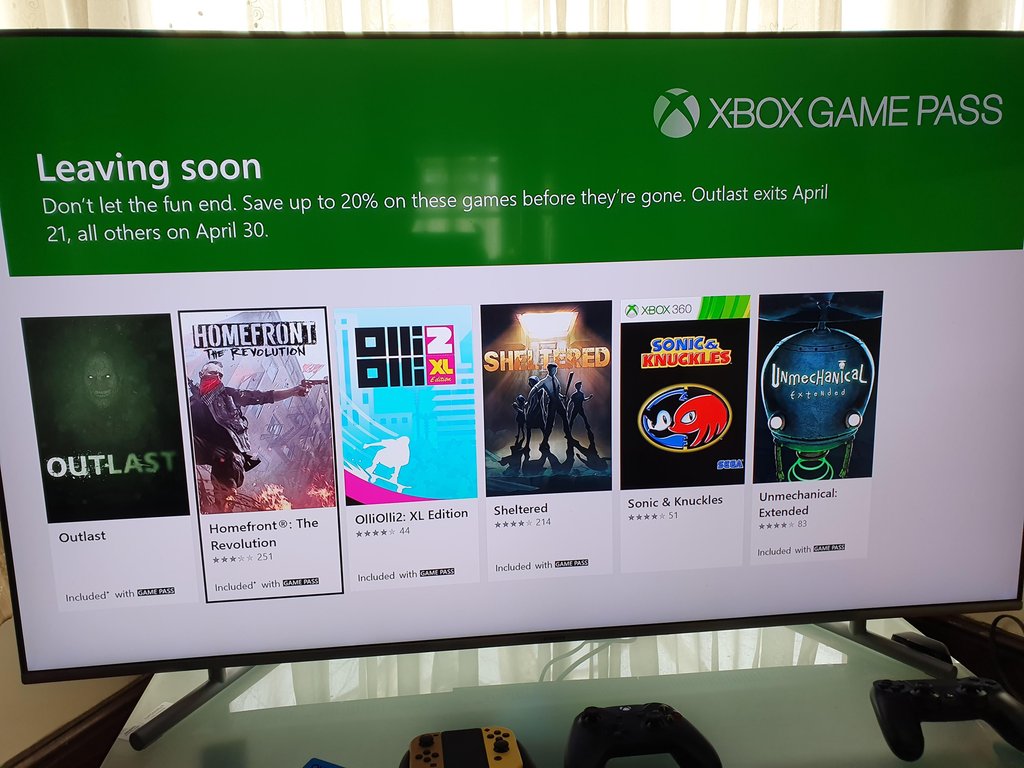 If you want to subscribe to game pass for cheap, you can snatch it for as low as $1 for three months of subscription. This offer will be available for a limited time so act quickly before it expires.

Tags:
Previous Article
Sony Will Automatically Change PSN Usernames That Are Offensive Instead of Banning Them
Next Article
Dead or Alive 6 Gets Lobby Matches Support With New Update