Games With Gold February 2020 Lineup Announced, Here Are The Games

Microsoft has announced the Xbox Live Games With Gold lineup for the month of February 2020. Here’s what is coming for all the Xbox Live Gold subscribers.

The following games have been confirmed to launch on Xbox Live Games With Gold. They will be added to the service at the start of next month.

Read More: The Last of Us Part 2 Gets a Stunning New Artwork Featuring Ellie 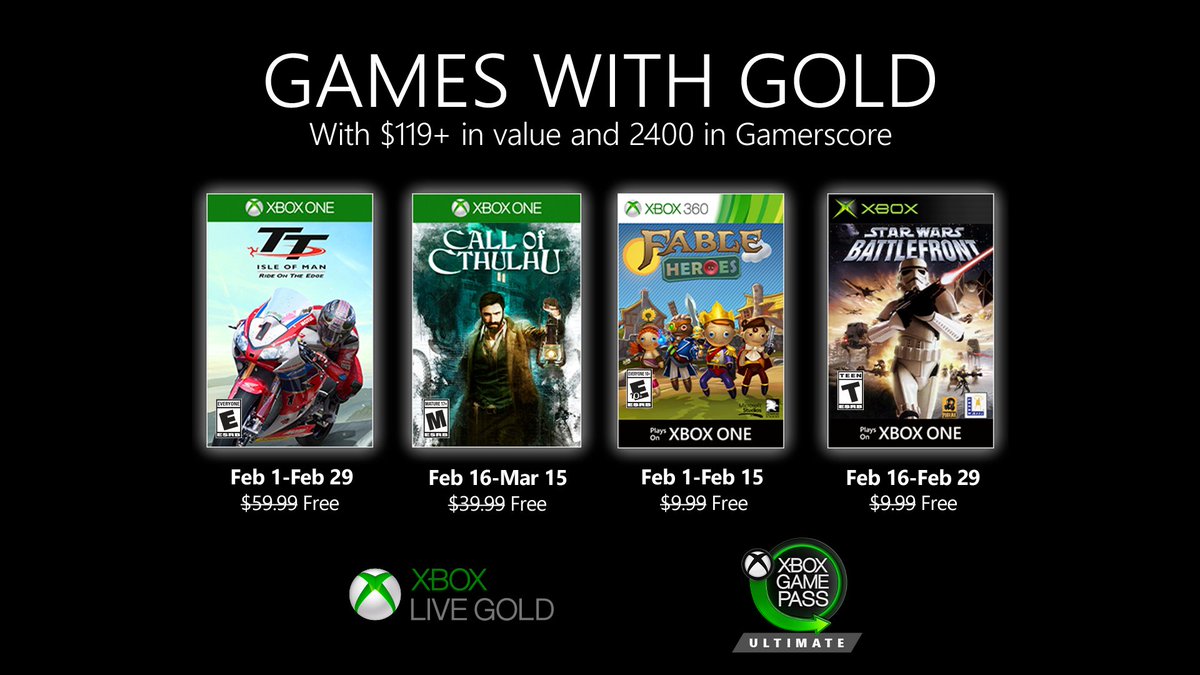 Following up on the second Xbox One game, Call of Cthulhu will be available for free from February 16 until March 15. This game currently has a price of $39.99.

If you are interested in either of these games, make sure you can add them to your collection during the mentioned time frame before they are taken down from Games With Gold. You will be able to download them anytime when you retain an active Xbox Live Gold subscription while the Xbox 360 and Xbox games are yours to keep forever.