Microsoft has announced the Xbox Live Games with Gold lineup for the month of July 2020. Here’s a look at the upcoming free games.

Read More: Dragon Ball FighterZ Update 1.24 Is Out, Get The Patch Notes Here

First up is WRC 8 FIA Rally Championship. WRC is not a surprise when it comes to Games with Gold. The series has been offered for the service several times in the past. WRC 8 is the most recent release in the series that launched in September last year. It can be played for free if you have an Xbox Live Gold subscription and avail it from July 1 to July 31. 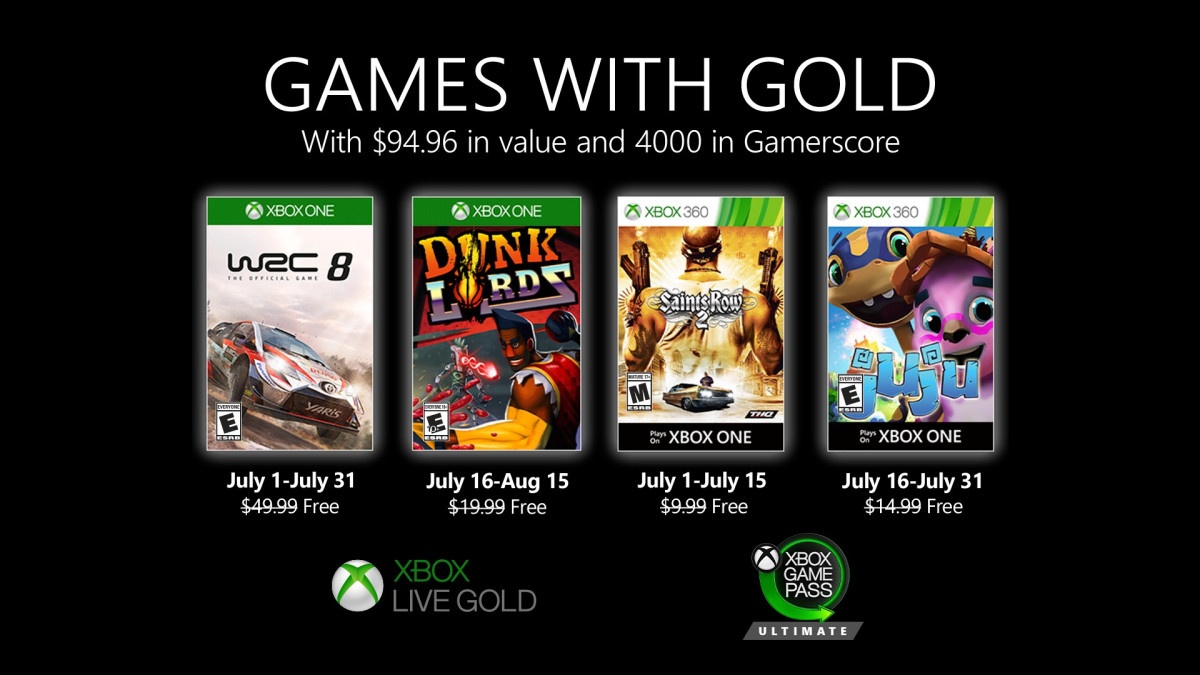 The second game is Dunk Lords, which is a basketball focused Arcade game. It will be available for Xbox Live Gold subscribers from July 16 to August 15. You can have a look at the complete lineup below.

Read More: Assassin’s Creed Origins Update 1.44 Is Out, Get The Patch Notes Here

These games will be gradually released for Xbox Live Gold subscribers and the old games will be rotated out of the subscription and replaced by the new ones.

Previous Article
The Last of Us Part 2 Won’t Get Any DLC, Confirms Naughty Dog
Next Article
PS Plus July 2020 Lineup Adds a Bonus New Game

Games With Gold April 2020 Lineup Leaked Ahead of Announcement [Update]

Games With Gold February 2020 Lineup Announced, Here Are The Games