Sony has announced the PS Plus games lineup for the month of July 2020. They are offering one additional new game to celebrate the 10th anniversary.

Sony usually announces the PlayStation Plus free games lineup for a particular month in the last week of the month and they waited a long time to announce it again. For the month of July 2020, Sony is offering one additional free game for PS Plus subscribers that is being given to celebrate the 10th anniversary of the service.

Read More: The Last of Us Part 2 Won’t Get Any DLC, Confirms Naughty Dog

The following games are confirmed to be a part of the PS Plus free games lineup in July. They will be available to download from July 7 and can be grabbed until August 3. 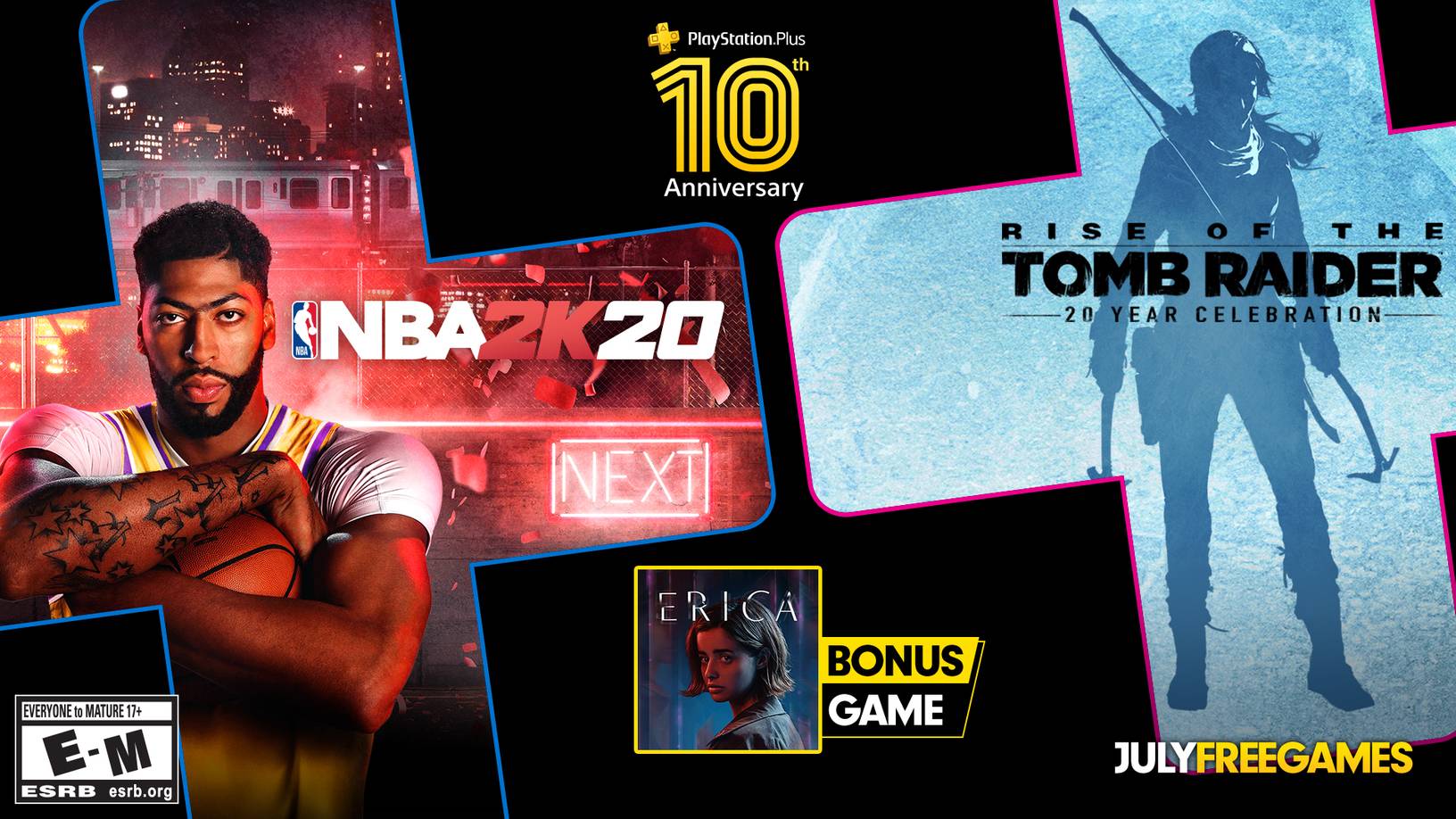 NBA series has been given to PS Plus subscribers in the past with NBA 2K18. Sony is now offering the most recent iteration of the series with NBA 2K20. There were some complaints of the game offering microtransactions focused gameplay and it has been on sale for super cheap, but it is still a decent offering nonetheless.

For the month of June 2020, Sony had offered Star Wars Battlefront 2 and Call of Duty: WWII. These games are still available for PS Plus subscribers so if you haven’t availed them, make sure to grab them before the offer expires.

Read More: Dragon Ball FighterZ Update 1.24 Is Out, Get The Patch Notes Here

Erica is an interactive thriller with live-action cinematics and a player-driven story. It is a budget title that is being offered for free in July. Finally, we have Rise of the Tomb Raider that comes bundled with all of the post-launch DLC.

Sony will also release a free theme to celebrate the 10th anniversary of PS Plus. This theme will be available for a limited time only and will be given through the official PlayStation Store.

Sony is Gifting Two Months of Subscription to PS Plus Subscribers to Watch Anime
Ali Haider May 21, 2020

PS Plus May 2020 Games Lineup Confirmed by Sony