Godfall is dubbed as a looter slasher by developer Counterplay, and it is in many ways an accurate description for this action role-playing game that was the first title to be announced for PlayStation 5. It’s similar in concept to looter shooters like Destiny, only here the focus is on the hack-and-slash rather than shooting. Looting rare and powerful gear and leveling up by repeating missions to tackle more advanced challenges is essentially what Godfall’s gameplay entails.

The story unfolds in the fantasy world of Aperion, which is split into the realms of Earth, Water, Air. The Knights of Valorian, once peacekeepers, are now waging war in their quest for power. Macros, a divine warrior in search of ascension, betrays his own and leaves his brother-in-arms, Orin, for dead. You assume the role of Orin and embark on his quest to take Macros down. The story is largely forgettable and merely an excuse for the game to put you through its missions. Its execution is also unremarkable, with poorly written dialogue and a lackluster style of storytelling. 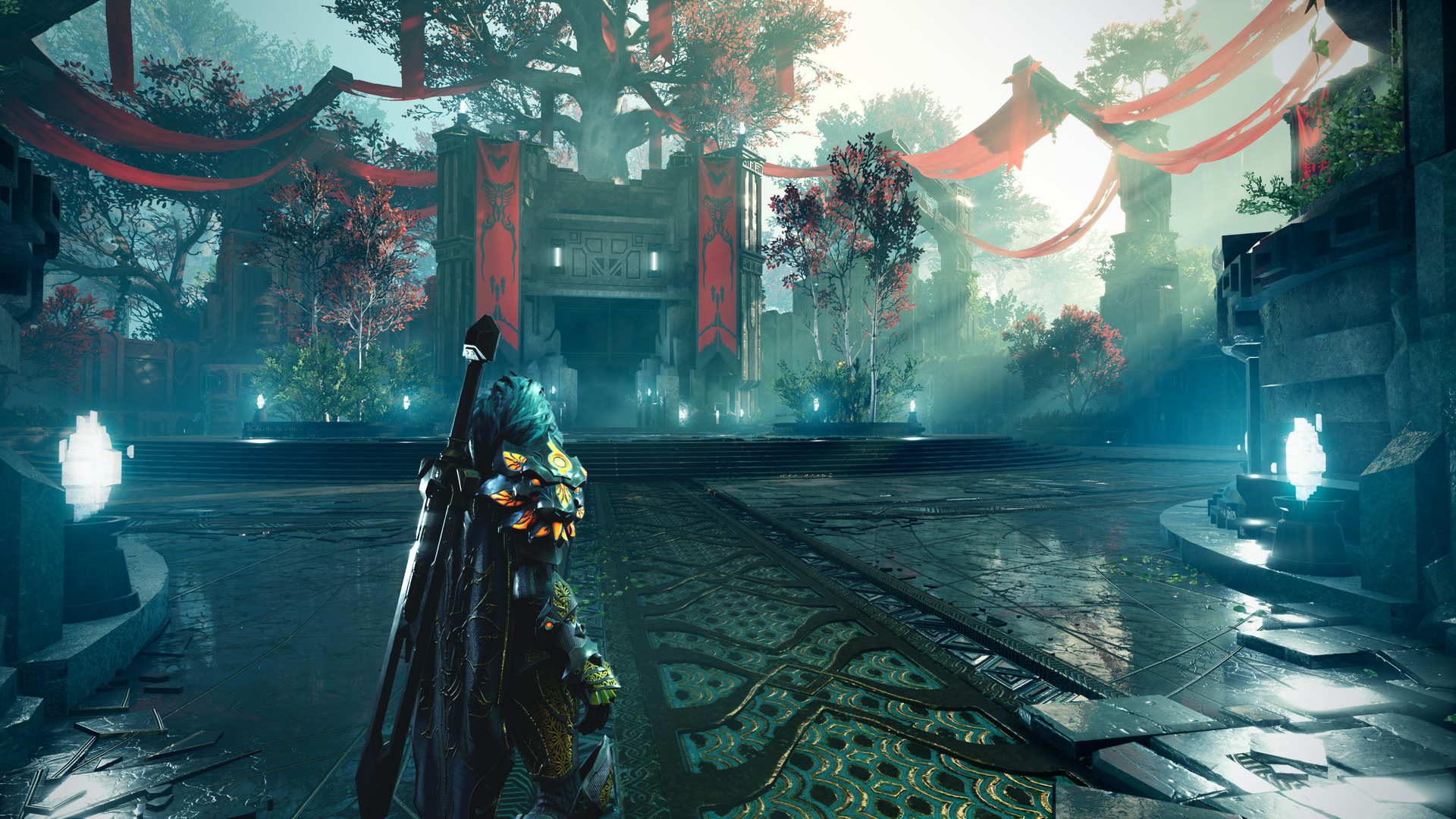 Godfall’s highlight, by far, is its combat system. There’s a variety of weapons to use, each of which carries a unique sense of deliberate weight, and the feedback when landing a hit feels punchy and satisfying. The hack-and-slash is simple in nature; you aren’t required to chain lengthy combos here. There’s a quick attack that does less damage as well as a strong attack that takes longer to execute. Your armor’s special characteristics give you additional abilities to use in combat.

Godfall encourages a measured approach to combat. Mashing buttons doesn’t work here, as there’s animation priority associated with your attacks that can’t be canceled mid execution. It’s not hack-and-slash in the vein of Devil May Cry, and the game establishes that fairly quickly. Timing is key, and you need to look for openings in enemy attack patterns to succeed. 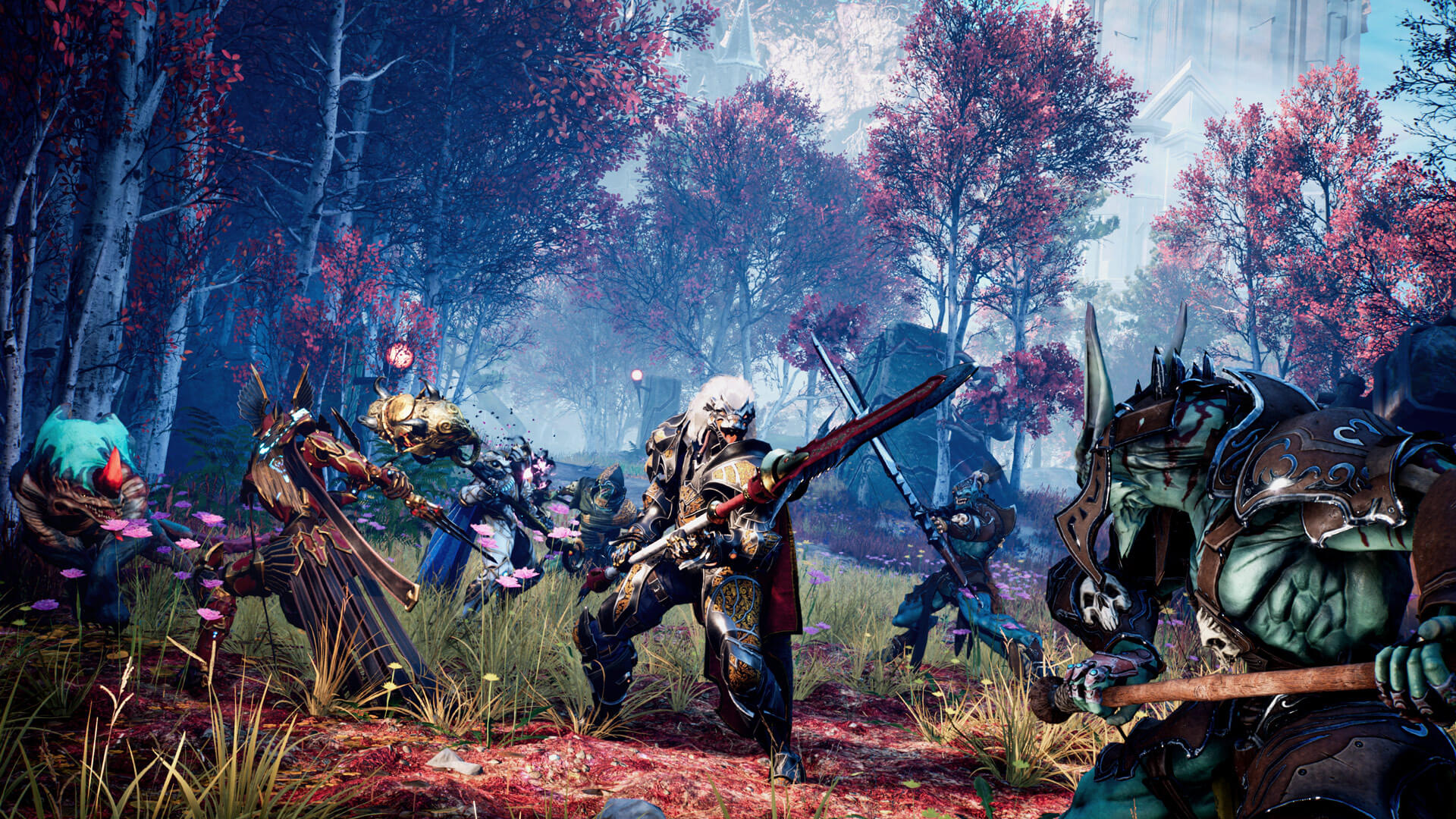 The missions themselves are repetitive and tedious in nature, as you find yourself aimlessly moving through a series of combat arenas and clearing them of enemies or completing some generic objective. This mission structure would’ve worked better had there been a greater variety of enemies to accommodate more varied encounters. Unfortunately, that’s not the case here. Enemy variety is lacking, resulting in having to go through the same encounters more frequently than one would hope. In a game that revolves around loot and the grind involved in acquiring it, this significantly hurts the overall experience. 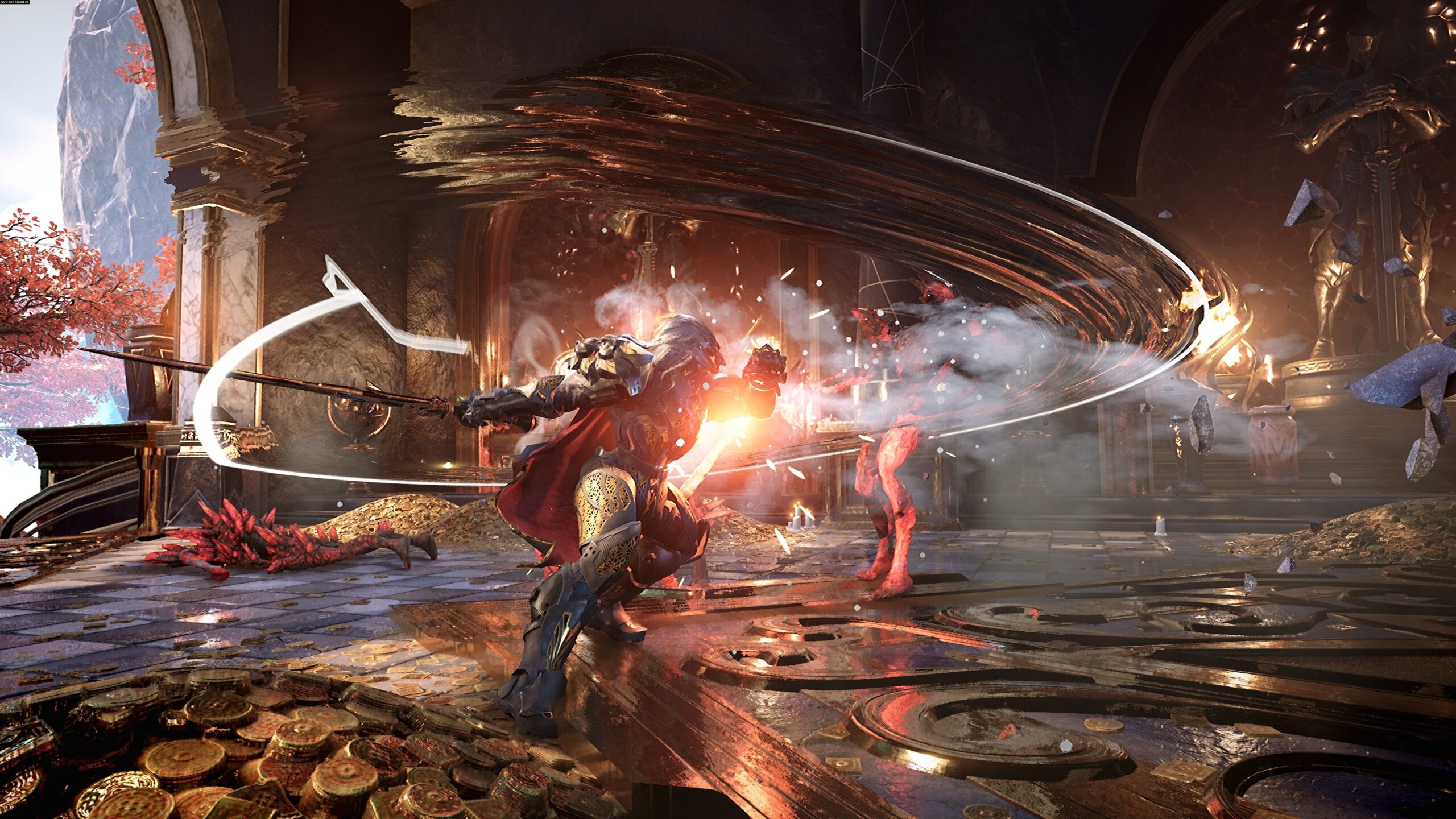 To its credit, though, Godfall’s character progression is balanced and well thought out. Completing missions feels rewarding and helps in giving your stats a boost. There’s a large selection of new abilities to unlock in the skill tree, allowing you to mix and mash different playstyles and gear. Story progression, on the other hand, is often unnecessarily hindered by certain objectives that require farming. Managing your inventory can also get frustrating due to the awkward menu interface.

Despite there being no shared world elements by default like there are in other looter games like Destiny, Godfall inexplicably requires an internet connection at all times. You can invite two other players to join you in your adventure, which does meaningfully enhance the experience. However, in another odd decision by the developer, the game lacks a matchmaking system. As a result, the only way to play in co-op is by inviting people from your friends’ list. This is a major oversight for a game that makes it mandatory to remain connected to the internet. 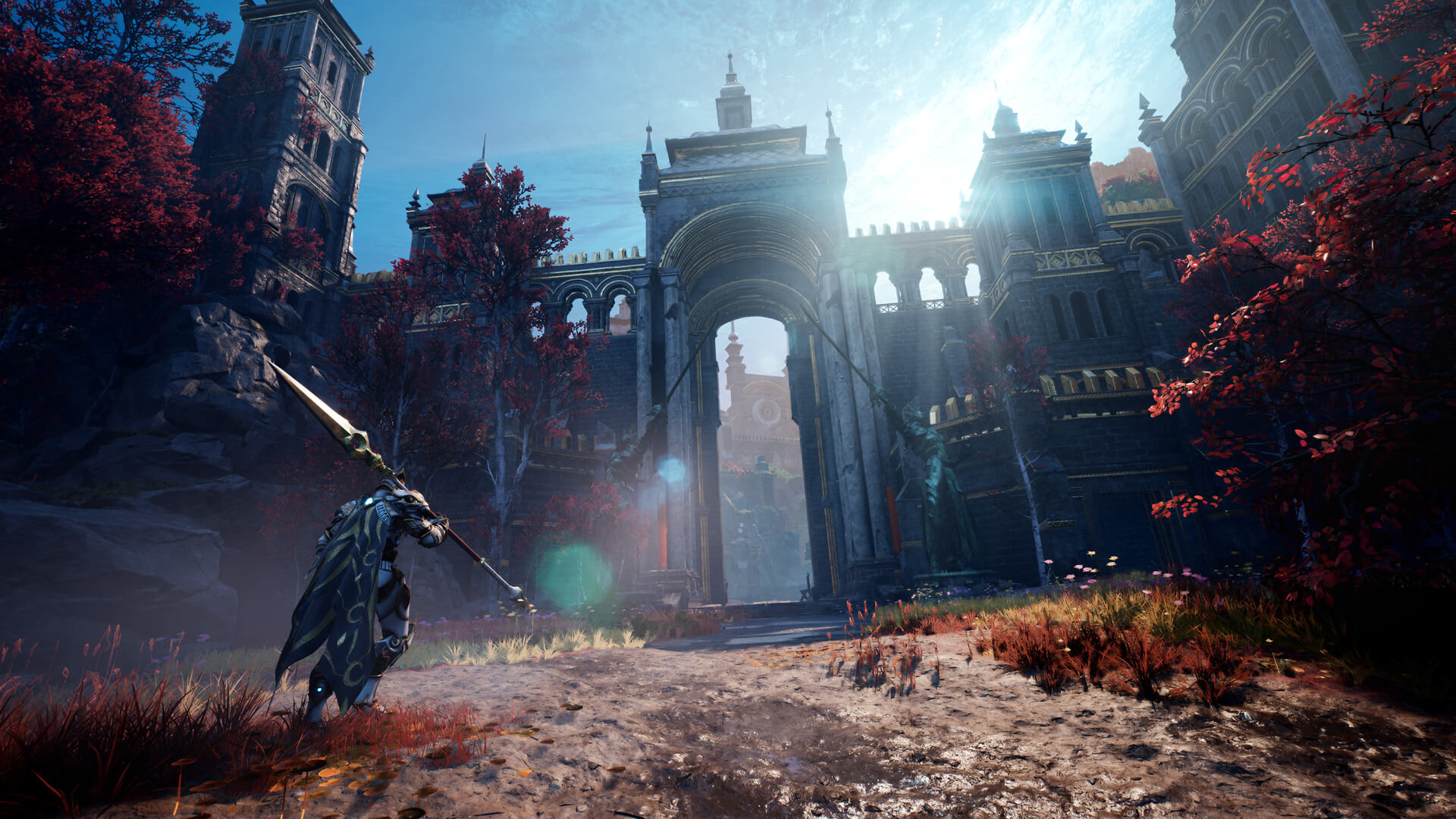 Godfall has a promising foundation, but its structure has evident flaws that hold it back. It’s disappointing, then, that despite the combat and character progression being competent enough to hook you to the loot grind, there’s hardly anything else here to keep you engaged. The ability to play online with other players serves to enhance the experience, but the bizarre absence of matchmaking greatly limits its potential. That said, there’s hope that the game will be in a better state down the line with some much needed structural changes, content updates, and expansions.

PS5 Exclusive Godfall Has Been Rated For PS4 by PEGI
Salal Awan April 24, 2021

Here’s What Is Included In Godfall Challenger Edition

PS5 Exclusive Godfall Has Been Rated For PS4 by PEGI