A new Halo Infinite leak has revealed fresh details regarding its forthcoming Forge mode, including footage showcasing a brand new feature, a new weapon, and more.

The leak comes from Halo Infinite coop flight files, with a first look at the DMR weapon, a new community tab, and Forge maps (canvases). These files were originally discovered by Twitter users leaks_infinite and halodotapi.

In addition to the leaked files, brand new gameplay footage featuring the nav mesh system from the forthcoming Halo Infinite Forge mode has also been leaked. For the uninitiated, nav mesh is an abstract data structure used in applications to aid artificial intelligence driven agents in pathfinding the optimal path through complex geometry.

The inclusion of Navigation meshes will allow user created maps to better support Spartan bots on their Forge maps.

Halo Infinite’s online coop mode is currently available for beta testing via Halo Insider, and a full release is scheduled for August, 2022. The game was developed by 343 Industries and published by Xbox Game Studios. It was originally slated for release as a launch title with the Xbox Series X/S on November 10, 2020, but was delayed in August 2020. The campaign was published on PC, Xbox One, and Xbox Series X/S on December 8, 2021, after an open beta release of the multiplayer component on November 15, 2021, in conjunction with the franchise’s 20th anniversary. 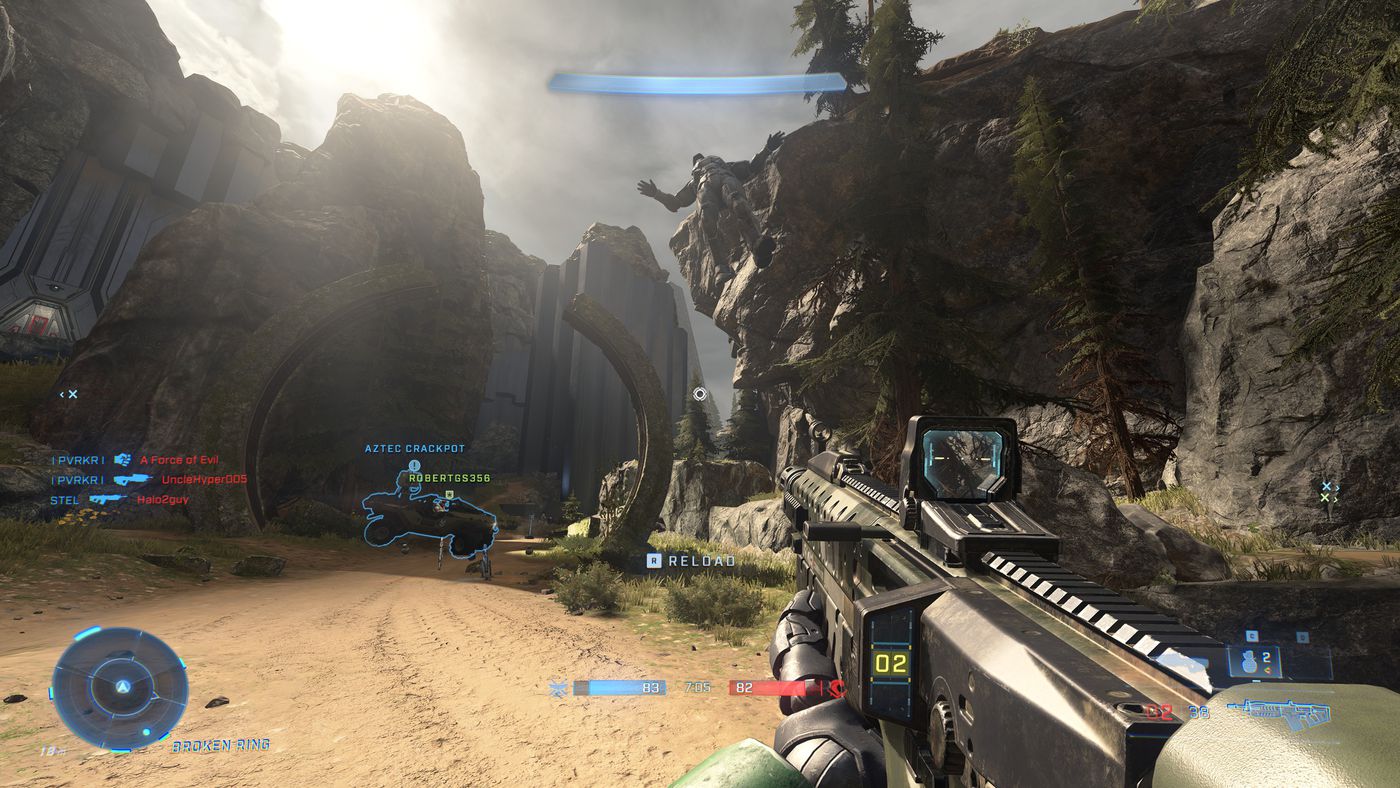 The game‘s campaign offers a semi-open world structure; players can freely explore areas of the environment, the ringworld Zeta Halo, which are divided off from each other and initially unreachable. Forward Operating Bases, which may be cleared of adversaries and seized, are dispersed around the area. Captured bases function as fast-travel points.

Other interesting activities may be found everywhere around Zeta Halo’s surface, including high-value targets to kill, Marine troops to save, and Banished propaganda towers to destroy. By completing these side missions, the player gains Valor, which can be used to purchase new weapons and vehicles from Forward Operating Bases. Within the ring’s surface, there are additional areas that are more linear and adhere to the style of older Halo missions.