Kingdom Hearts: The Story So Far Listed For Xbox One On Amazon UK

Kingdom Hearts fans who want to grab the complete collection on Xbox One are now hoping that this listing made by Square Enix on Amazon UK is not a mistake.

Kingdom Hearts series has seen releases on PlayStation consoles and handhelds. It even made the jump to Smartphones and Nintendo handhelds. This is why when Square Enix announced that Kingdom Hearts 3 will also launch for the Xbox One, it surprised most of the fans. Later, when they ported the original Kingdom Hearts series to the PS4, fans hoped to see the same for Xbox One but it never turned out to be the case. 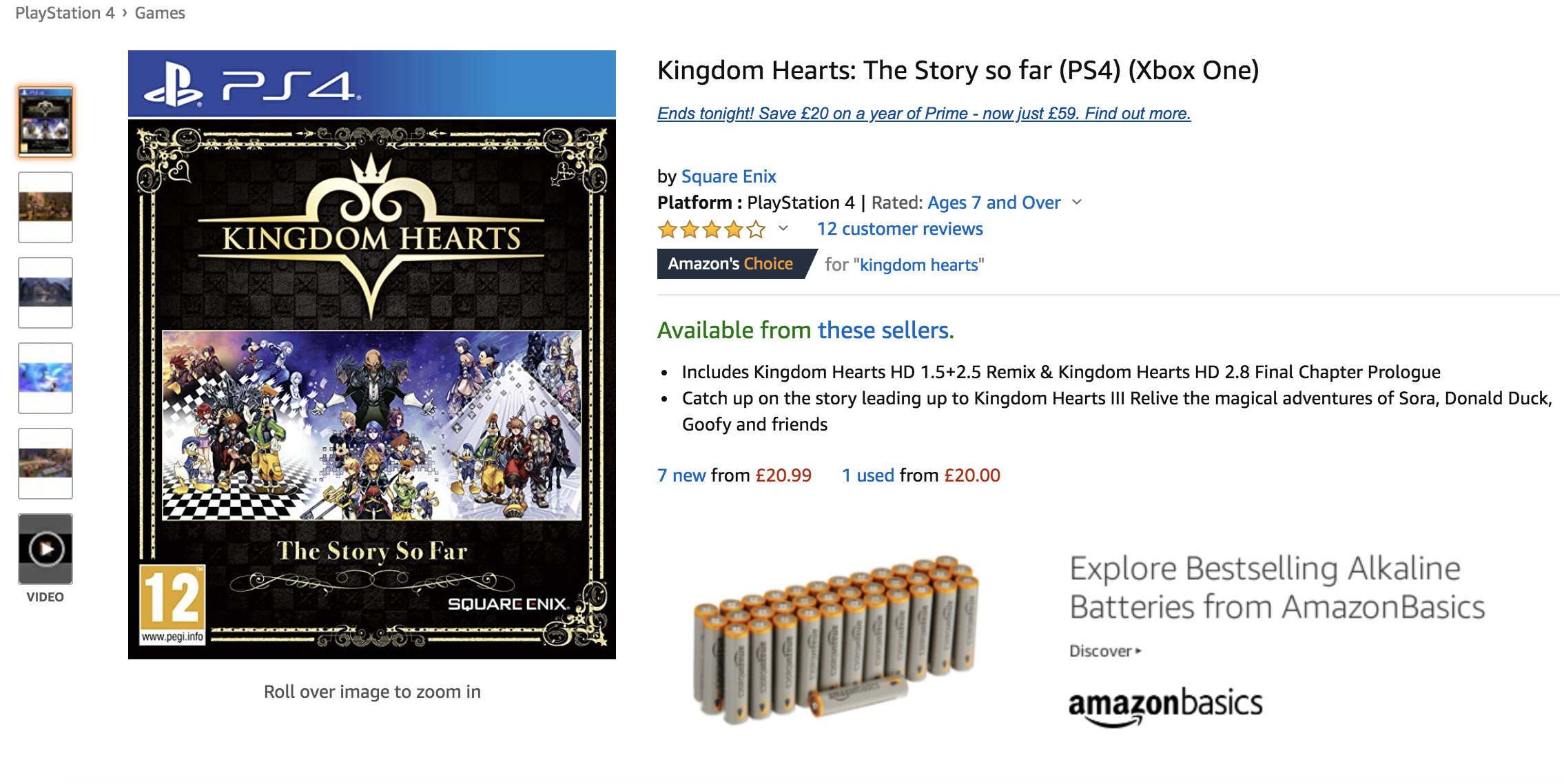 This could be a mistake from a third party vendor since Amazon also has some of them listed for games, but it comes directly from Square Enix. Kingdom Hearts series creator and game director Tetsuya Nomura has stated in the past that it is not out of the possibility to see the series make its way to the Xbox One, but is this the proper time to release this collection after the third game has been out for quite a few months?

Kingdom Hearts 3 is getting a major DLC expansion later this year. It is called ReMind DLC which was briefly teased at E3 2019. More information on the DLC was shared later confirming a release in Winter 2019. It will expand on the story featured in the game with a brand new story scenario, playable characters, and boss fights. It was announced for both PS4 and Xbox One and seems to link with the secret movie at the end of the game. Free updates adding new content to the game have also been released.