Marvel’s Avengers will get new costumes based on the Marvel Cinematic Universe and we have our first look at these costumes thanks to a new set of leaks.

Some of the skins that were discovered in the upcoming update include Avengers Endgame Hawkeye Ronin, MCU Captain America, MCU Hulk, and MCU Black Widow skin.

Here’s a look at some of the skins that will be featured as part of an upcoming update based on these leaks.

Full disclosure: I have absolutely no idea why 3 (plus?) MCU skins were pushed with 1.6 when surely 1.6.1 is coming before all of these will release. Lot of questions. But anyways, uh… Endgame Ronin and Captain America, I guess. ¯_(ツ)_/¯ pic.twitter.com/ZPnXjf1c5S

(Thank you to the source of these pictures who wishes to remain anonymous.) pic.twitter.com/ZVYosj3rdH

Unreleased Avengers Endgame Black Widow suit coming to Marvel's Avengers. Please keep in mind that the hair inaccuracy may be a byproduct of the glitch that allowed this to be discovered. pic.twitter.com/hWg8sHF62X

There also appear to be two brand new skins for Hulk.

2 new Hulk skins. I think the one on the right may be Unyielding, which I'd seen reference to previously. Note the one on the left's glorious belt buckle. pic.twitter.com/MtsD47nm0R

There are further screenshots that give a detailed look at some of the new costumes. The classic Captain America costume and the Hulk Labcoat skin are also being added to the game among other additions.

A closer look at what appears to be Hologram Iron Man. pic.twitter.com/QakpJgLoKH

Square Enix and Crystal Dynamics had released an update for the game on April 20 ahead of the Tachyon Anomaly Event on April 22. 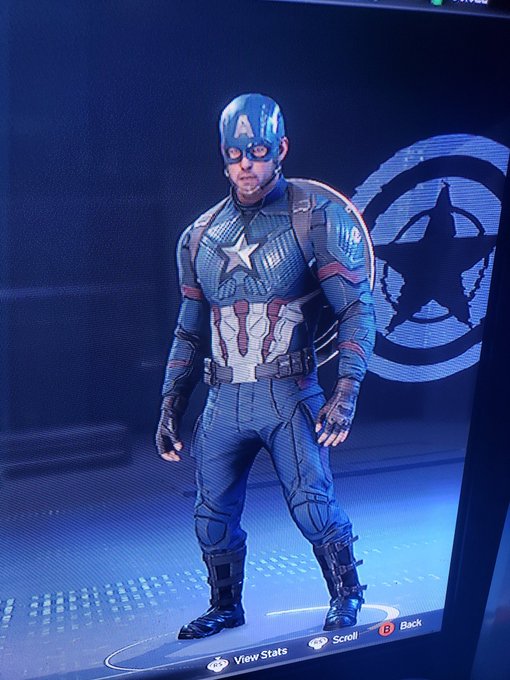 AIM’s tampering with time has led to periodic Tachyon Anomalies. Have more than one of the same Hero in your Strike Team and during matchmaking! Daily missions for this event reward Priority Set gear for the Hero you’re playing regardless of Level. Completing the weekly mission will reward 1 piece of gear from the Hivemind set per Hero above PL120. Each Hero below PL120 will get an Epic item instead.

Marvel’s Avengers is available now for the PS4, PS5, Xbox One, Xbox Series, and PC.