According to the VR headset manufacturer, the company has been all-in on VR and invested billions of dollars to foster a healthy VR ecosystem since the early days of PC and mobile to today’s high-end standalone 6DOF headsets. With best-in-class hardware, action-packed games, and cutting-edge research on the way to really next-gen devices, it is now making a shift that will allow it continue to invest for the long haul and continue pushing the VR industry forward. 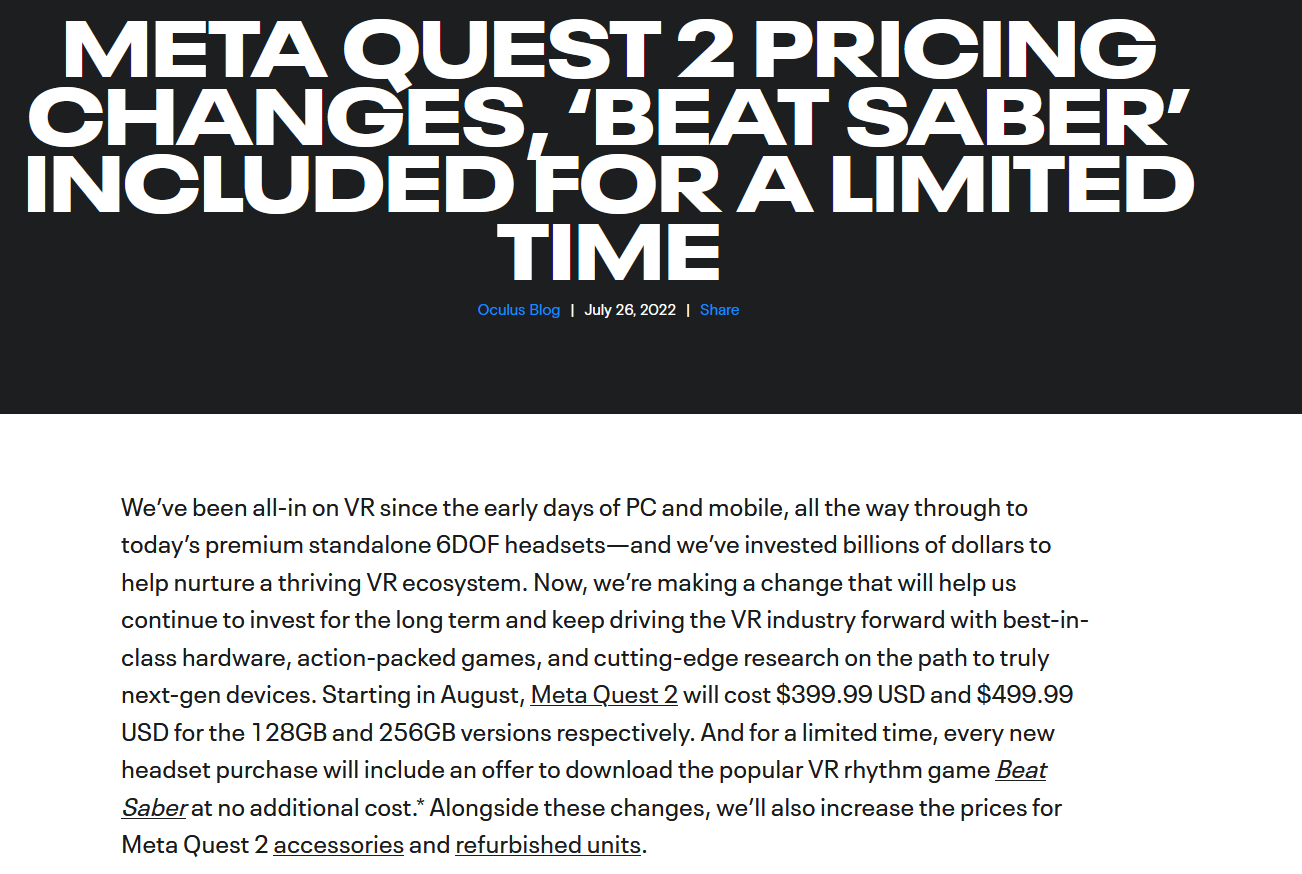 Starting in August, the 128GB and 256GB variants of Meta Quest 2 will cost $399.99 USD and $499.99 USD, respectively. Additionally, for a limited time, every new headset purchase will come with a free download offer for the popular VR rhythm game, Beat Saber. Alongside these changes, Meta will also be increasing the prices for Meta Quest 2 accessories and refurbished units.

Those interested in getting either variant at the existing, cheaper price can follow the Amazon links here:

The company cites rising manufacturing and shipping costs as the reason behind the Meta Quest 2 price hike, which will allow it increase its investment in new research and the creation of fresh products in the VR space.

Meta Quest 2 is a VR headset developed by Facebook Reality Labs (formerly Oculus). It is the successor to the Oculus Quest, the previous headset from the company. On September 16, 2020, the Quest 2 was officially unveiled during Facebook Connect 7.

Similar to its predecessor, the Quest 2 can connect via USB or Wi-Fi to a desktop PC and run Oculus-compatible VR applications as a standalone headset with its own Android-based operating system. It is an improved version of the first Oculus Quest with a similar design, less weight, and updated internal specs. It also features an improved display with a faster refresh rate and per-eye resolution as well as new Oculus Touch controllers.