Metal Gear Solid 4 was a game that has been unplayable on PC for a while now but a recent update has changed this status for the game for RPCS3 PS3 emulator.

Metal Gear Solid 4 is a special game because it was one of the most anticipated PS3 exclusives and it has never been released on any other platforms. This is different from the previous Metal Gear Solid games which are all playable on PC or other consoles. As a result, there is a lot of demand in an emulated version of the game.

RPCS3 is PS3 emulator that has been available on PC for a while now. The developers of RPCS3 are continuing to work on this emulator constantly updating it to bring in new improvements. It is still not 100 percent complete as there are many games that don’t run on it and Metal Gear Solid 4 was one of them. 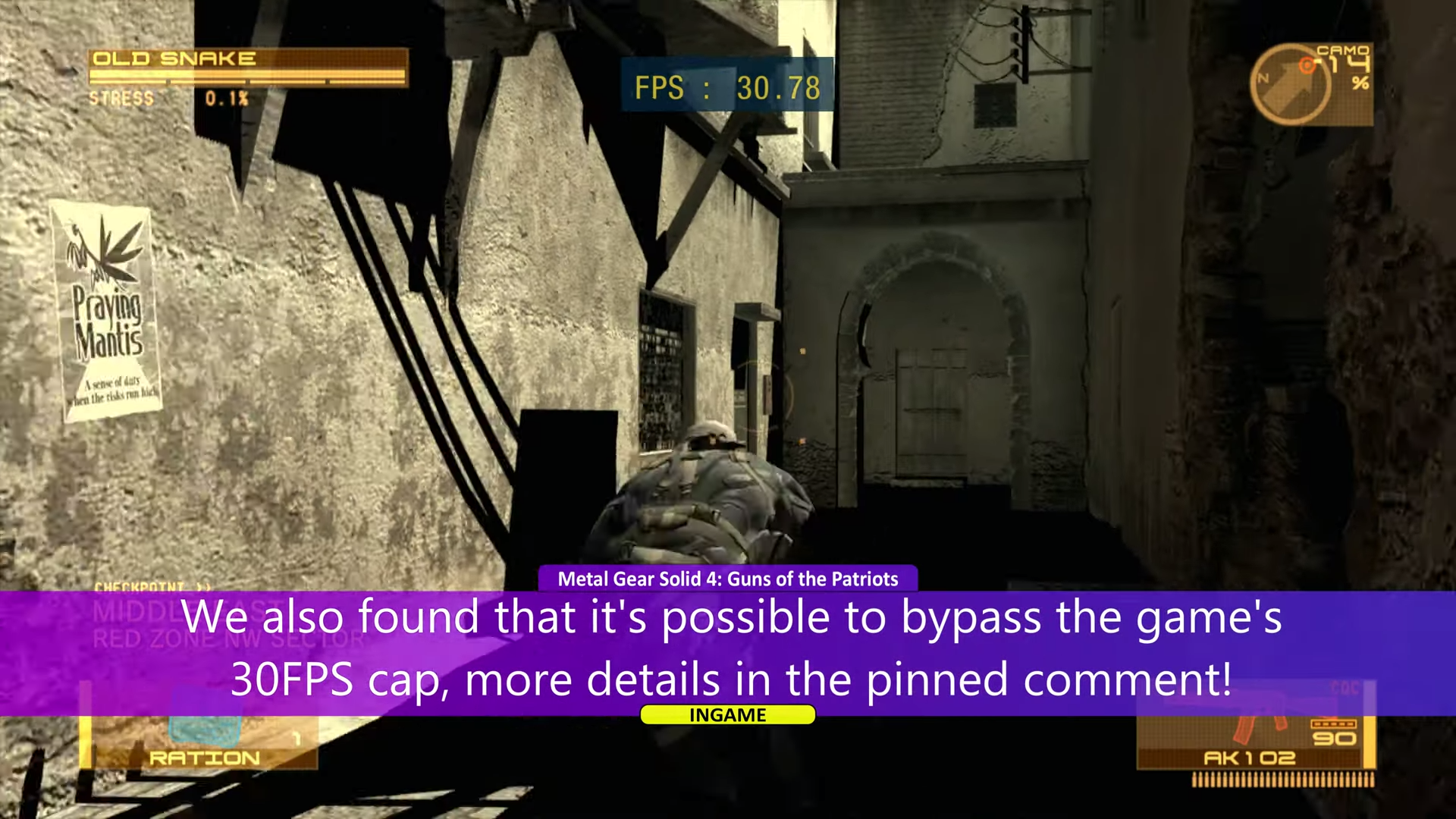 In the past, they have been able to boot the game but this is the first time the game is in some playable state, even if it is buggy and likely glitched so there won’t be any progress possible. It is still a significant step forward for the emulator that has continued to deliver with games like Persona 5 and Demon’s Souls running at an unlocked frame rate on it.

The developers of the emulator have shared a video showing it in action running on a PC and it seems to run at an unlocked frame rate. Metal Gear Solid 4 was an interesting technical masterpiece on PS3 that ran at double buffer sync that could jump between 60 to 30 and even to 20 FPS. As a result, the game had some frame rate fluctuations but it still played fine at 30 FPS.