The official Xbox One store was updated to reflect the file size and Xbox One X support for Metro Exodus.

According to the updated page, Metro Exodus is going to run at 4K Ultra HD on the Xbox One X. The game will also offer support for HDR. Lastly, the Metro Exodus file size was also updated and now the exact download size has been listed while the placeholder size has been removed. It seems to be almost double the file size of Resident Evil 2. 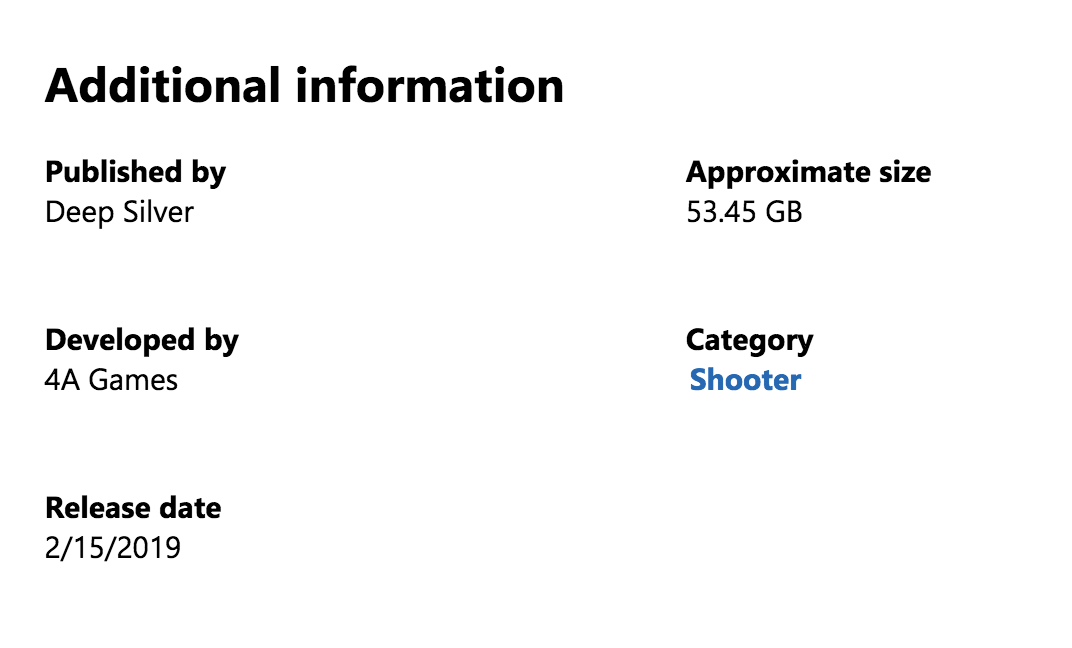 Metro Exodus will require roughly 53.45 GB of hard disk space on the Xbox One. This file size applies to the Xbox One X version since the PC version system requirements were also recently confirmed and listed a file size requirement of 59 GB on PC. This could potentially include 4K textures to support the higher resolution. Unfortunately, unlike Tom Clancy’s The Division 2, Metro Exodus doesn’t offer variable refresh rate.

There is a special promotion available for Metro Exodus that grants the user Metro 2033 Redux as well if they pre-order it ahead of the launch. This promotion is limited and will likely expire once the game launches in February.

Metro Exodus is the third entry in the sandbox survival first-person shooter Inspired by the novels of Dmitry Glukhovsky. The game is set to launch on February 15, 2019, and will be published by Deep Silver. 4A Games are the main developer behind Metro series and they use their own custom game engine for it.