Details regarding the pre-order bonuses for Call of Duty Modern Warfare 2 have been announced by Activision Blizzard. The game is set for release on October 28, 2022 for PlayStation 4, PlayStation 5, Xbox One, Xbox Series S/X and PC.

Details regarding the open beta have also been revealed. Fans can get early access to the Call of Duty Modern Warfare 2 Open Beta by pre-ordering or pre-purchasing the game on PlayStation 4, PlayStation 5, Xbox Series X|S / Xbox One, Battle.net, or Steam.

The contents of each of the 3 editions for Modern Warfare II can be seen below. 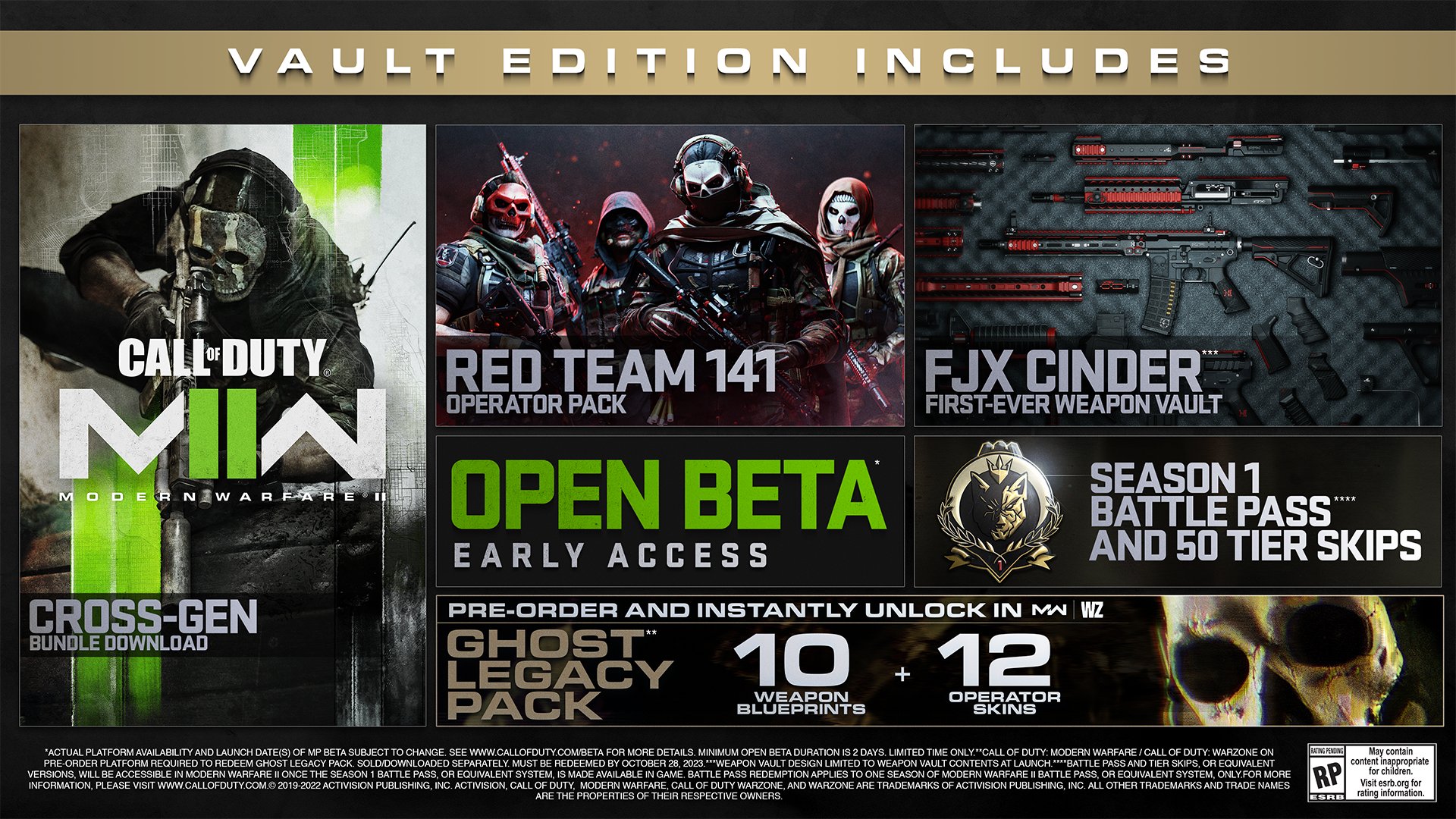 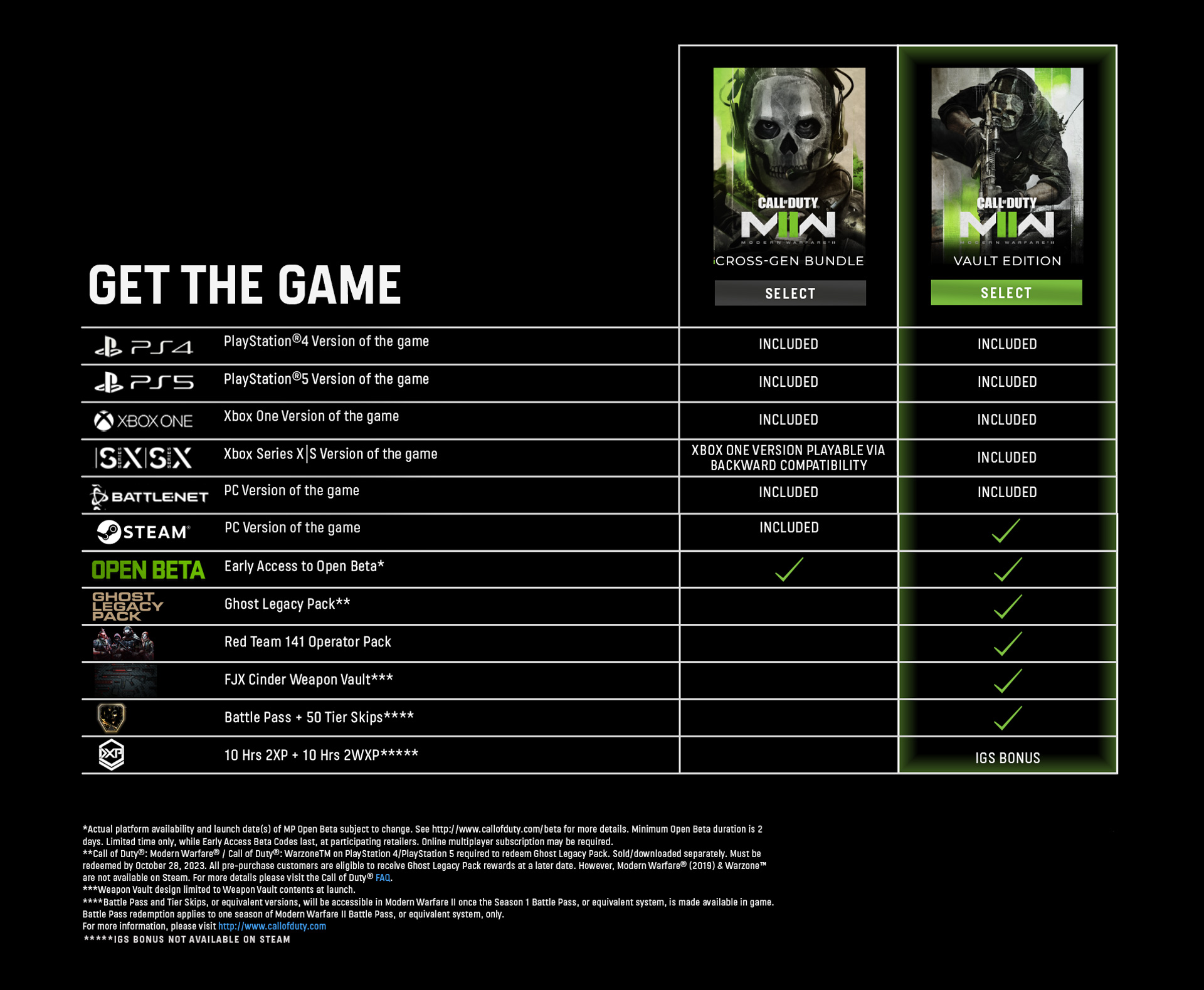 The Standard edition of Modern Warfare II for PC is the only other version of the game available on this platform besides the Vault Edition. The PC version is available for purchase on Battle.net or Steam. Early access to the game’s Open Beta will be included with both the PC Standard Digital Version and the Cross-Gen Bundles for the other platforms.

The pre-load for Modern Warfare 2 is not yet live. Therefore, the specific download size for each of the platforms is currently unknown. Stay tuned for further information in this regard, as it becomes available.