Monster Hunter World Iceborne will get a slew of new updates for PC and Consoles adding a ton of new content. Here’s everything coming to the game.

Monster Hunter World Iceborne has finally launched on PC and it is not without issues. Capcom is working on fixing these with future updates but aside from it, they have also shared the roadmap for updates that will add new content for both PC and Consoles.

Starting from April, the PC version of Iceborne will get simultaneous updates with the Consoles. Until then, Capcom is going to slowly add the content that is already available on Consoles with updates to the PC version. 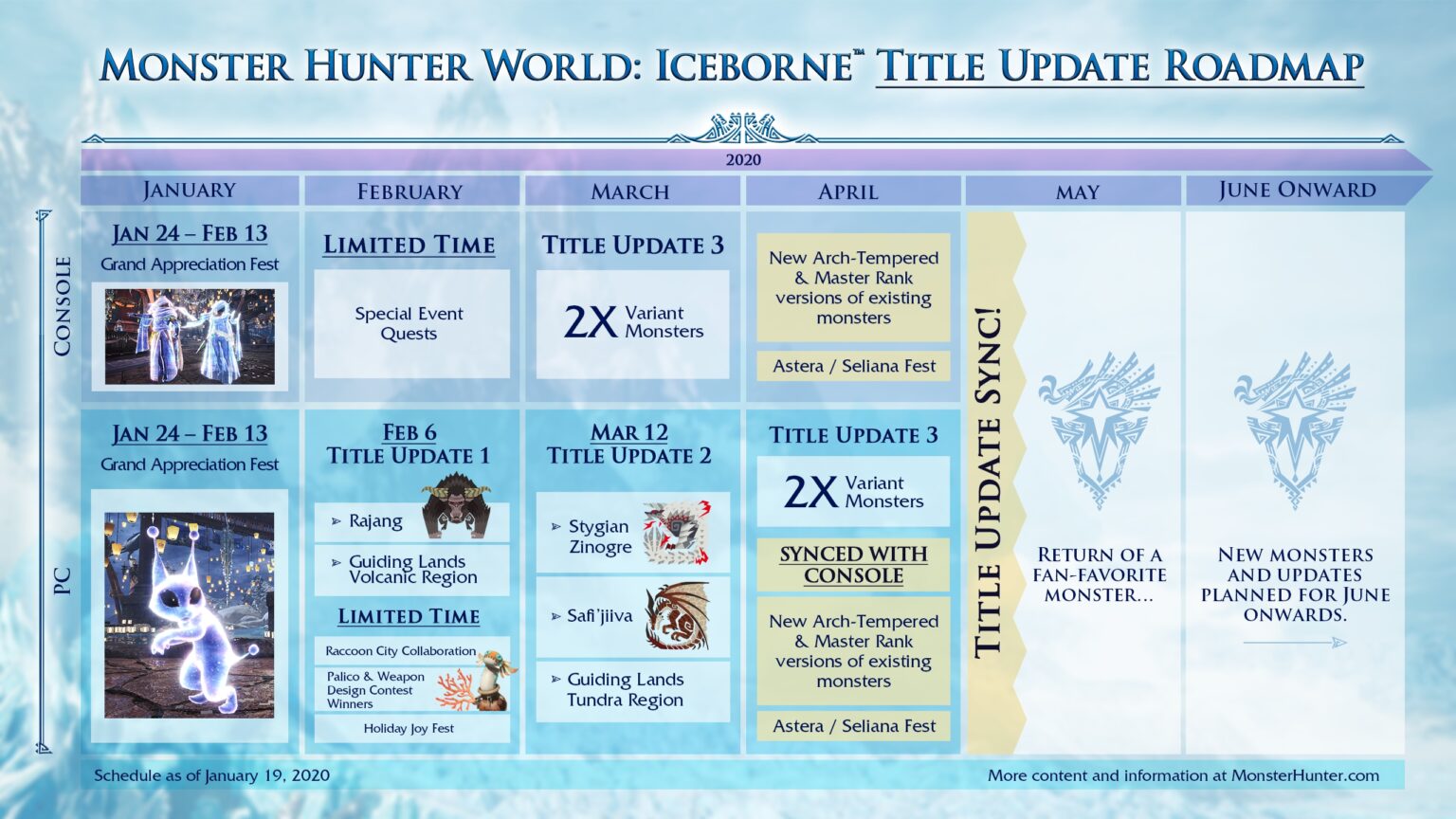 Here is an overview of the updates that Capcom has currently planned for the game, courtesy of Gematsu.

Monster Hunter World Iceborne can be purchased for PS4, Xbox One, and PC.