My Friend Peppa Pig is a brand new game based on the immensely popular kids IP with the titular character, Peppa Pig. It is available on most platforms.

The game’s developer is Outright Games. They have been known to make licensed IP video games for a while now, and they have basically taken the spot from THQ Nordic in this regard. They have released games based on licensed IPs like Paw Patrol, Hotel Translyvania, and more.

Peppa Pig is their latest effort as a publisher. This game appears to look almost the same as the animated show, which is a good thing if you have kids who enjoy it. While we can’t share an opinion on the game until we have experienced it ourselves, the launch trailer does make it seem like a simple affair without any complexity, or in other words, an ideal game for the kids.

Since this is available on the last and current-generation consoles, you might be wondering how well it actually runs. Not that it is a big deal for such a simple game like Peppa Pig, but the results have turned out to be more of a satire take on the platform wars than actual technical analysis. 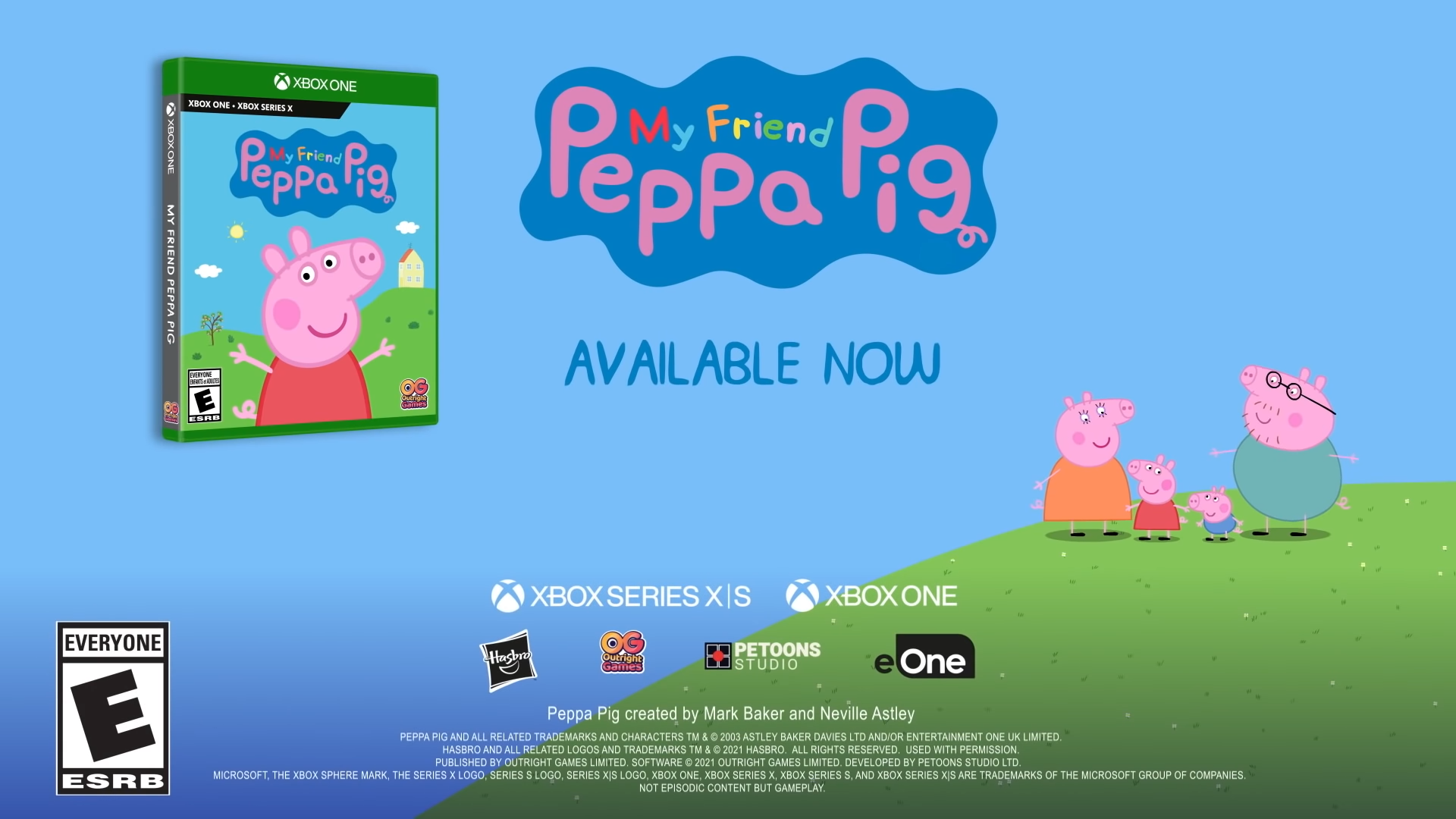 Basically, the gist of this comparison is that the game is near identical on all platforms, even the Nintendo Switch runs it at 1080p. The drawback is that there is no 60 FPS support. You are running it in the backward compatibility mode on the PS5 and Xbox Series S and X, but you don’t get any benefits like improved resolution. The load times are a little slower on the Nintendo Switch, but otherwise, the experience remains the same for My Friend Peppa Pig.