Jump Force fans should rejoice as two new characters have been revealed through an official Instagram ad, and one of them is highly requested by the fans.

Jump Force is going to drop later in February. It just received its open beta on the PS4 and Xbox One, and if you had the chance to test it, then you should know that the game is also launching very soon.

The latest addition to the character roster comes in the form of Jotaro Kujo from JoJo’s Bizzare Adventure and Dai from Dragon Quest: The Adventure of Dai.

This was not a planned reveal and instead, these characters were spotted through an Instagram ad that showed a new trailer for Jump Force. Jotaro Kujo is perhaps the most interesting addition to the fighter roster because he is from the popular manga, JoJo’s Bizarre Adventure. It is currently on-going with a fan-favorite anime adaptation while the Manga is ahead of it by several chapters. 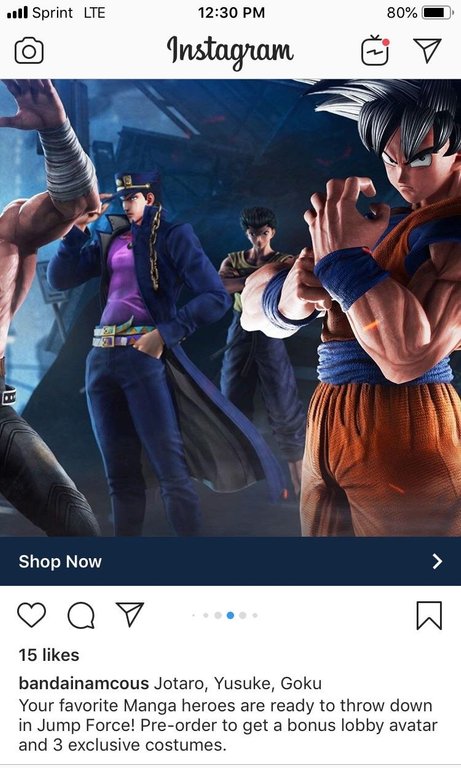 Jotaro Kujo will be joined by Dai, who feels like a new unknown character but should be an interesting addition nonetheless. All that is left now is for Bandai Namco to officially confirm the existence of these characters with a new gameplay video.

Jump Force looks to shake new grounds when it launches for PS4, Xbox One, and PC on February 15, 2019.

Little Nightmares Is Available For Free On Steam, Here’s How To Get It
Salal Awan January 14, 2021

Little Nightmares Is Available For Free On Steam, Here’s How To Get It

Dragon Ball FighterZ Update 1.26 Is Out, Here Are The Patch Notes