A new PlayStation studio is co-developing a brand new project alongside Naughty Dog in a beloved franchise.

According to the job description for a new opening for the role of Game Design Intern at PlayStation, the console maker is looking to hire for a new studio based in San Diego, CA. that is working in collaboration with Naughty Dog on a beloved franchise. 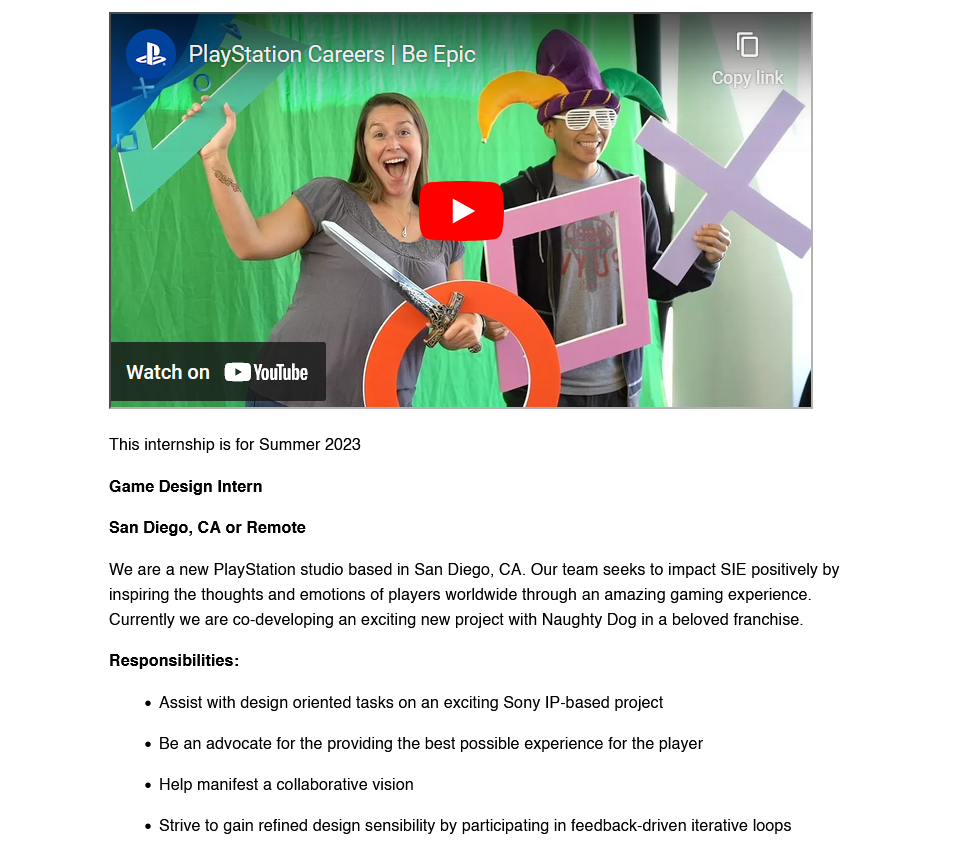 Based on the job listing, the ideal candidate would be currently enrolled in an accredited university, pursuing a Bachelor’s, Master’s, Ph.D., JD, or MBA degree in Game Design, Multimedia, Entertainment Technology, Computer Science, or other relevant creative / technical field. They would have a passion for video game design, design prototyping skills, and existing experience working on a collaborative game project (student, independent, etc.).

The new PlayStation development team seeks to impact Sony Interactive Entertainment positively by inspiring the thoughts and emotions of players worldwide through “an amazing gaming experience”. This new PlayStation studio is co-developing an exciting new project with Naughty Dog in a beloved franchise. It’s unclear what this beloved franchise may be, though it’s safe to assume that it was originally created by Naughty Dog. This implies that this new game is a brand new entry in either the Jak or Uncharted series. We’re inclined to believe it’s the latter, especially after the mainstream success of the Uncharted movie.

Previously, another job listing for the role of Senior Producer at PlayStation revealed that the console maker is looking to build a new internal game development team in partnership with PSS Visual Arts, an award-winning, full-production group, that specializes in Animation, Motion Capture, Cinematics, Art, and Scanning.

As per the job description, this is the same world-class team known for its contributions to the Last of Us franchise. The new PlayStation studio’s high visibility project is being developed in collaboration with Naughty Dog. Though currently unannounced, Sony claims to have a clear vision and plan to release. Using its existing expertise and premier talent, the studio will guarantee a high visual quality bar for the game and a compelling experience for the PlayStation audience.