Nintendo had a record fiscal year with both hardware and software sales, and it appears that Nintendo Switch has claimed a new sales record this generation.

Nintendo had announced its results for the fiscal year ending April 2020 and it was a massive success for them. The company had forecasted sales of the Nintendo Switch to hit 20 million units but they went above it and ended up shipping more than 21 million units worldwide. This is a big jump for a console in a fiscal year this generation and now even Sony’s PlayStation 4 has managed to achieve this milestone.

There are not many consoles that have managed to ship more than 20 million units but Nintendo Switch has just entered this club thanks to the huge success of Animal Crossing New Horizons. 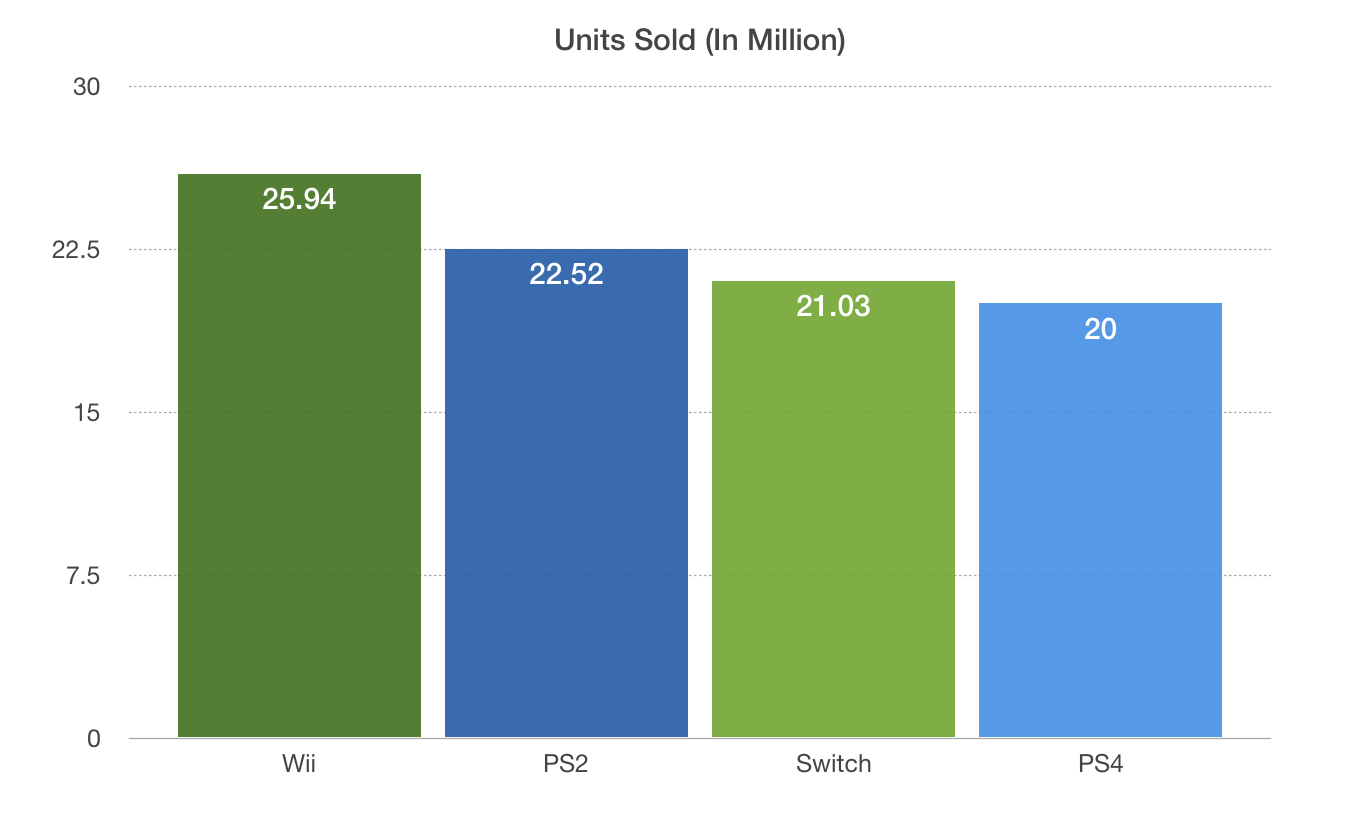 As you can see in the chart above, the only console to sell more than 20 million units in a fiscal year are Sony PlayStation 2, Nintendo Wii, and Sony PlayStation 4. This is in addition to Nintendo Switch which has eclipsed the 20 million achieved by the PS4 in the fiscal year 2016-17, thus becoming the best selling system in a fiscal year for this generation. Since the sales of the PlayStation 4 have slowed down due to the end of the console life cycle, there is a slim chance it can manage to top Nintendo Switch this generation.

The cumulative sales of Nintendo Switch have passed 55 million units worldwide and the console is on track to become the second best-selling Nintendo home console by the next fiscal year. It should have no issue in passing the 61.91 million sales of the Nintendo Entertainment System (NES). Nintendo is also having massive success with the sale of software and managed to sell through 11 million units of Animal Crossing New Horizons in 11 days.

Nintendo Switch Firmware Update 10.0.3 Is Out, Here’s The Changelog