ESRB has rated Cyberpunk 2077 for the PS4, Xbox One, and PC. Their rating goes in-depth in the various adult material and mature themes available in the game.

Cyberpunk 2077 has been rated Mature M17+ by ESRB. The game has received a similar Mature rating in Brazil and Australia. CD Projekt Red is taking quite a lot of adult themes in their brand new game including “Intense Violence, Nudity, Strong Language, and Strong Sexual Content.” 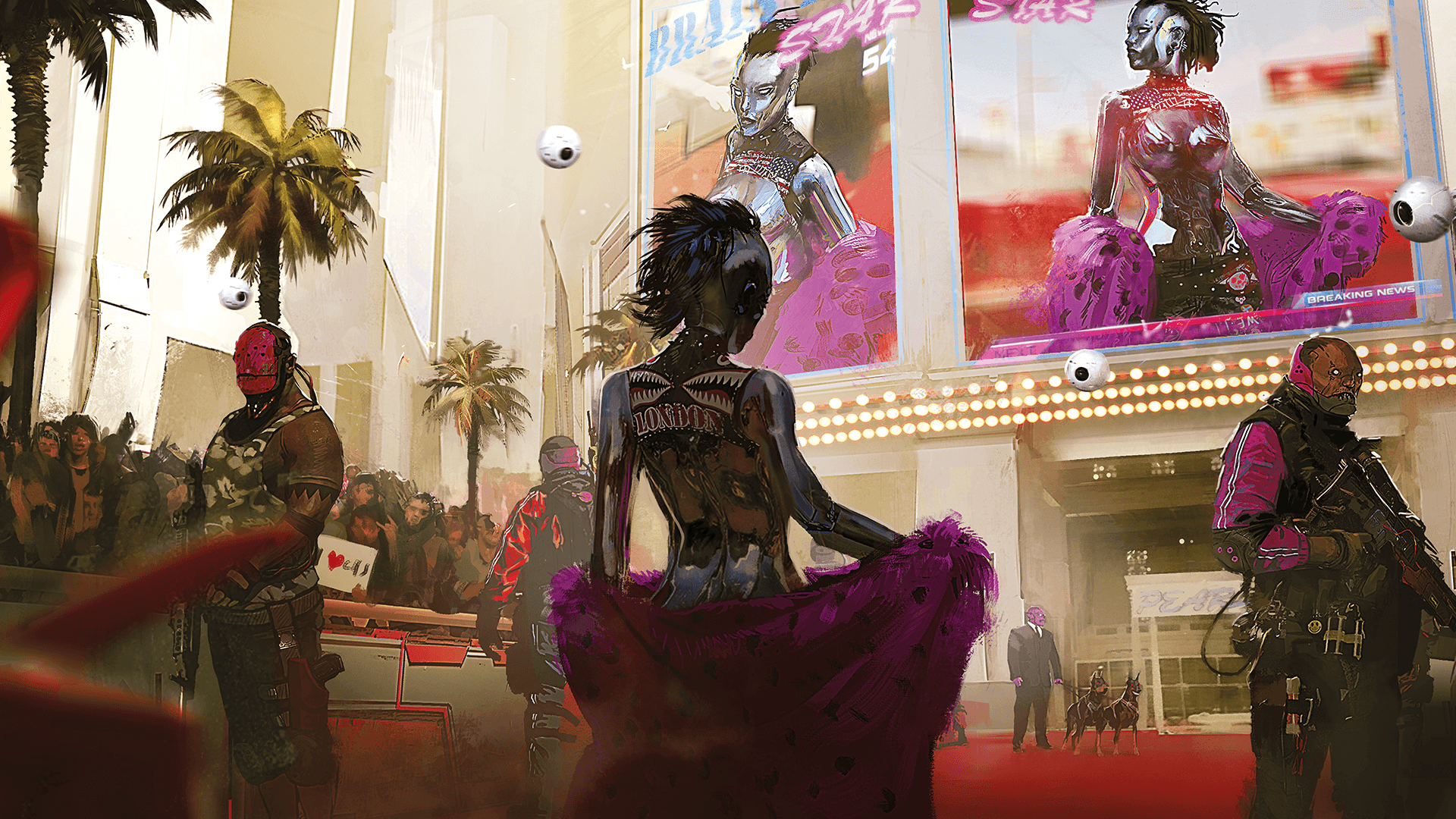 The following is a detailed description of all the mature and adult content available in Cyberpunk 2077.

This is a first-person RPG/shooter in which players assume the role of a mercenary named V trying to make their way through the open-world of Night City. Players can explore futuristic locations, interact with citizens, perform missions, and engage in combat to complete various objectives within a storyline. Characters use handguns, machine guns, rifles, and explosives during frenetic firefights with humans and cybernetically enhanced enemies; players can also use melee weapons (e.g., wrist-mounted blades, enhanced limbs) to stab enemies and, in some cases, dismember them. Combat is frenetic, with frequent gunfire, cries of pain, explosions, and blood-splatter effects. Some locations depict mutilated corpses with open chest cavities and/or exposed organs/entrails. During one quest, players assist a character by hammering nails through his hands and feet; screaming sounds and blood effects accompany the scene. The game contains nudity and sexual material: Players can select a gender and customize their character; customization can include depictions of breasts, buttocks, and genitalia, as well as various sizes and combinations of genitals. Players can encounter events where they have the option to engage in sexual activities with other main characters or prostitutes—these brief sex scenes (from a first-person perspective) depict partially nude characters moaning suggestively while moving through various positions. Some scenes contain brief depictions of thrusting motions; other scenes depict a character’s head moving towards a partner’s crotch. The game contains frequent depictions and references to fictional drugs, including characters taking puffs/hits from a state-altering inhaler/stimulant; an animated billboard ad depicts a man snorting speed. Some sequences allow the player to drink alcoholic beverages repeatedly until the screen distorts; player’s character can also drive cars while drunk. The words “f**k” and “c*nt” appear in the dialogue.

Cyberpunk 2077 will be out on September 17, 2020, for PS4, Xbox One, and PC. It is also confirmed to launch for next-generation consoles at a later date.

Cyberpunk 2077 Is One of the Most Explicit Games by CDPR, Adult Content Detailed
Ali Haider April 26, 2020

Cyberpunk 2077 Is One of the Most Explicit Games by CDPR, Adult Content Detailed

Cyberpunk 2077 Will Get Separate Next-Gen SKU, Free PS5 Upgrade Up To Sony

Cyberpunk 2077 Has More Pre-Orders On PC Than Consoles