EA has shared the financial results for their fourth quarter this year confirming that they have a number of projects in development.

In their financial results for the fourth quarter ending in April, they revealed the following upcoming games that are publically announced but also teased new announcements that they have in the pipeline for FY2021.

The confirmed list of games for FY21 including Burnout Paradise Remastered for the Nintendo Switch, Command and Conquer Remastered for PC. In addition, the yearly sports games like FIFA 21, Madden NFL 21, and NHL 21 are confirmed for multiple platforms. They plan to launch an additional sports game this year that should be announced at the upcoming EA Play event. 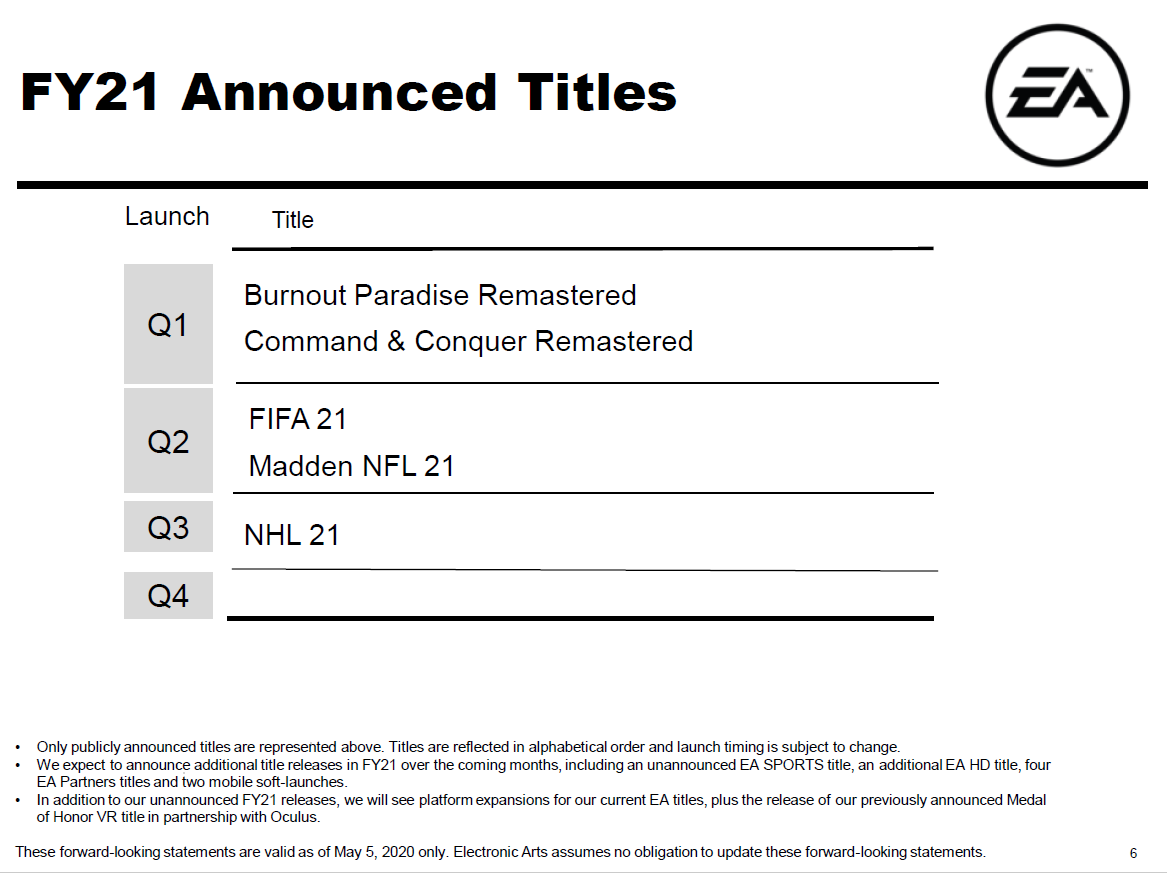 They plan to release more sports games this year and have an unannounced EA Sports title, an “EA HD” title, four EA Partners titles, and two mobile soft launches. They are also working on Medal of Honor VR with the partnership of Oculus.  They plan to expand their current slate of games to other platforms.

The HD title that is unannounced supposedly refers to an HD remaster of an old game. Fans have been hoping for a remaster of Mass Effect or the Dead Space series for a while now. EA was initially reluctant to remaster their old games but has slowly opened up to the idea.