Paper Mario: The Origami King has opened to almost 4x the sales of its predecessor, Paper Mario: Color Splash, during its opening week in Japan.

Paper Mario: Color Splash was the last entry in the series that was released for the Nintendo Wii U. It opened to 28K sales in Japan which were one of the weakest debuts for the series so far. This has changed now with the launch of The Origami King.

Read More: The Last of Us Part II Is Top 5 Best Selling PS4 Exclusive of All-Time In The USA, Uncharted 4 Doesn’t Make The Cut 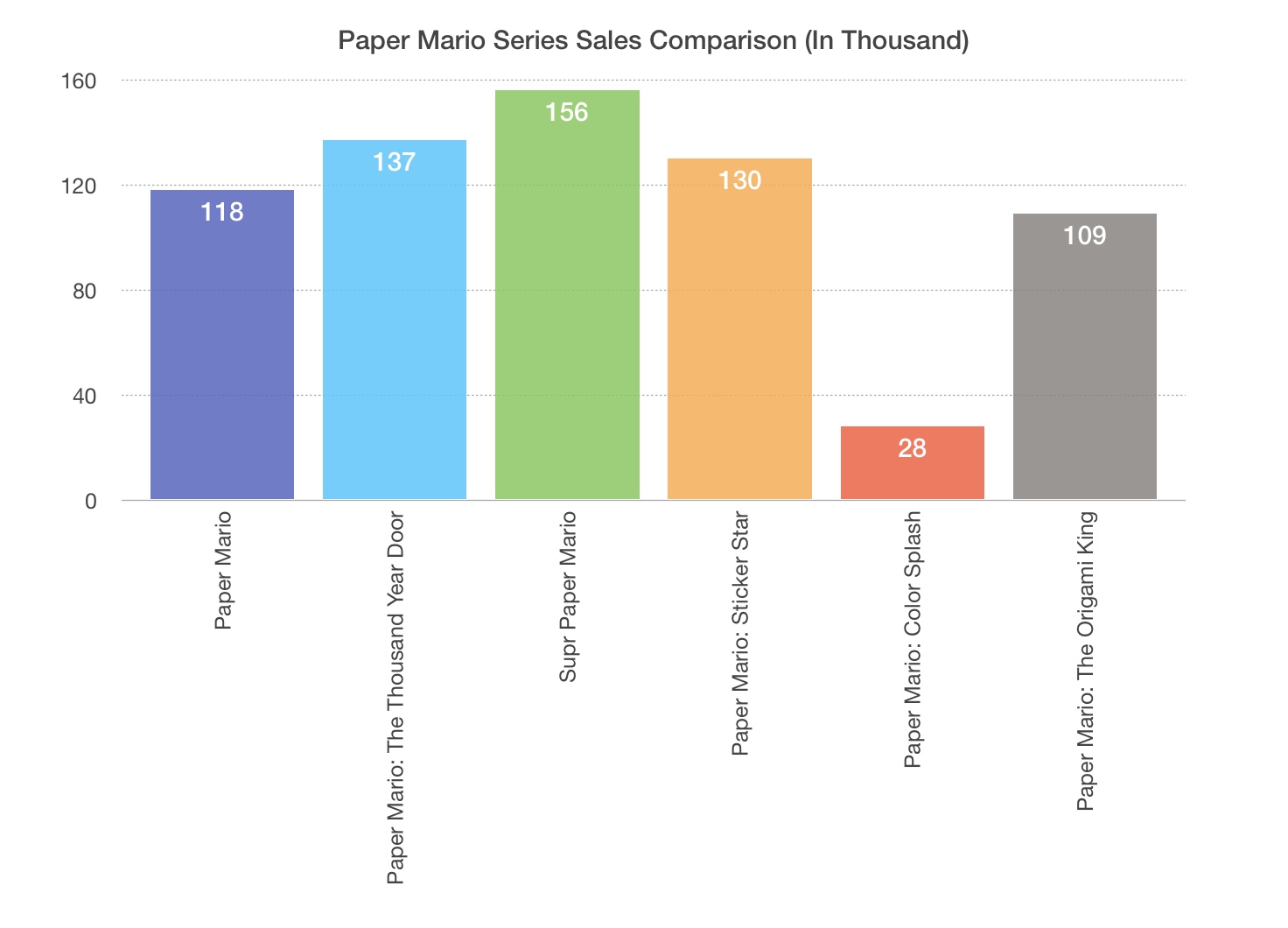 Paper Mario series hasn’t achieved the mark of a million-seller in Japan. The only games in the series to achieve more than half-million sales was Paper Mario: Sticker Star for Nintendo 3DS and Super Paper Mario for Nintendo Wii. It is possible that the success of the Nintendo Switch leads to Paper Mario: The Origami King achieving this milestone.

Read More: Ghost of Tsushima Sales Exceed Expectations In Japan, Out of Stock In Stores