Valve’s Portal Companion Collection is now available on both the Nintendo Switch and Steam Deck, and if you’re wondering which platform offers the best way to play the game, continue reading.

To sum it up, Portal Companion Collection runs really well on both the Switch and Steam Deck. However, there are some differences that give one version an edge over the other.

In terms of resolution and image quality, both versions meet the target of their respective handheld displays i.e. 720p on the Switch in portable mode and 800p on the Steam Deck. However, the Nintendo Switch version of Portal 2 lacks any anti-aliasing in this mode, giving the Steam Deck an edge in this area.

Meanwhile, when docked, the Switch version of Portal 2 runs at a native 1080p with 2x MSAA applied for decent image quality. The Steam Deck still gets the advantage in this area, as Valve’s handheld is capable of running the game at 1080p with 4x MSAA applied. 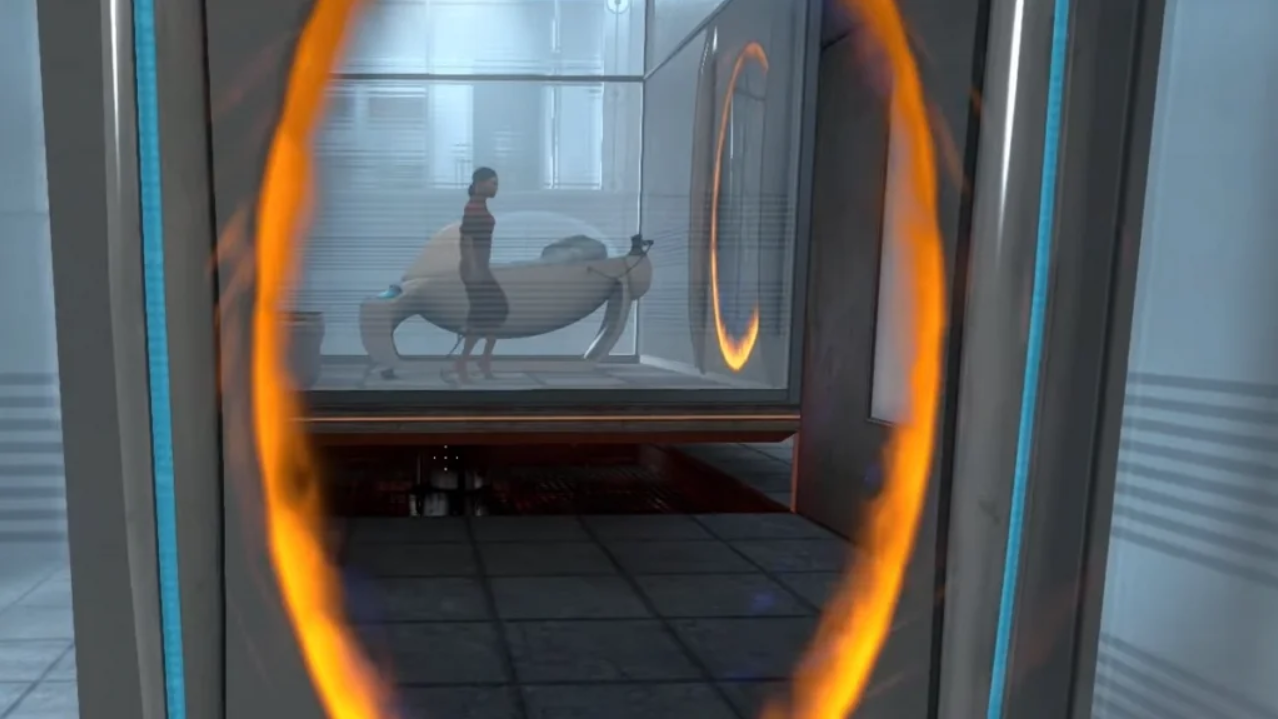 In terms of frame rate, both platforms run the game extremely well. Much like the Steam Deck, the Switch version delivers a solid 60fps in portable mode in both Portal and Portal 2. However, there are rare instances of performance dips on Nintendo’s console in docked mode during occasions where a heavy amount of alpha effects are on display or when multiple portals are rendered on-screen.

Image quality purists will likely consider this a win for the Steam Deck version. However, in side-by-side comparisons, there isn’t much to distinguish between either version of Portal Companion Collection, despite the Steam Deck operating at higher in-game settings compared to the Nintendo Switch.

The biggest differentiating factor comes in the form of the Switch OLED display. Running the game on either handheld side-by-side, the Steam Deck version is visibly held back by its subpar display, and the OLED model makes the Switch version preferable over the Steam Deck’s mediocre LCD. Additionally, there are technical annoyances present in the Steam Deck version that aren’t found on the Switch, such as controller input curves not suitable for TV play.

Ultimately, while both versions of Portal Companion Collection have their own individual pros and cons, it’s the Nintendo Switch OLED model that gets the overall edge, both in terms of visual appeal and playability.