Sony has announced the PS Plus April 2021 games lineup for all the PlayStation Plus subscribers. They are bringing 3 games to the service next month.

For the month of April, three games will be provided to all PS Plus subscribers. One of the games was already confirmed to be Oddworld Soulstorm while the other two games are new additions to the PS+ subscription. 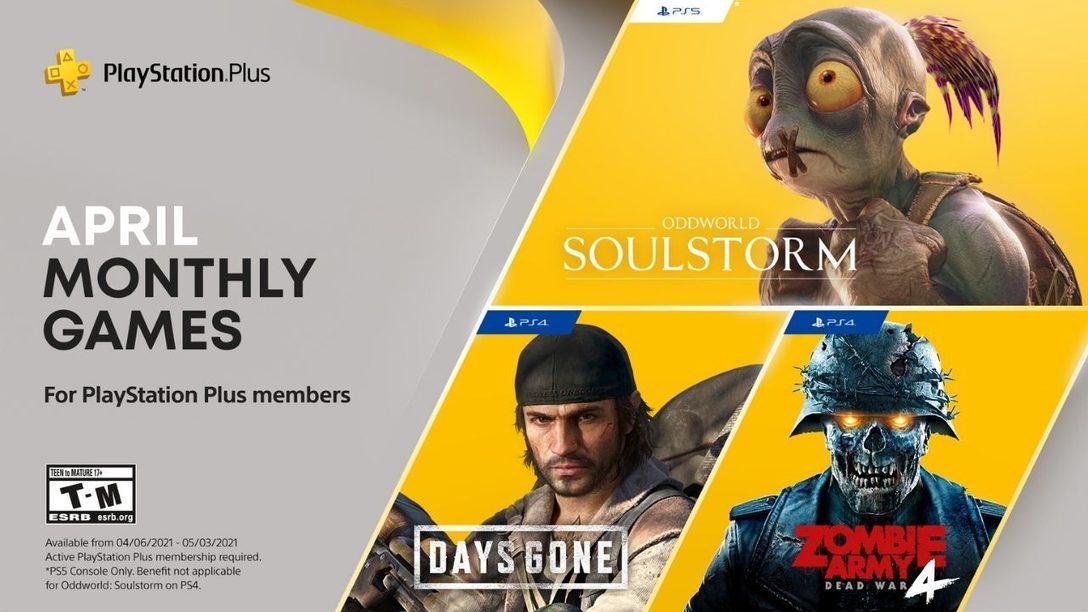 The other new announcement is Zombie Army 4: Dead War. This is a brand new chapter in the Zombie Army series that has already received three games so far. It is from the makers of Sniper Elite which is known for its third-person shooting mechanics.

While the last game in the bundle is Oddworld Soulstorm which is available for PS4 and PS5, it won’t be given for users on the PS4. Instead, the game is exclusive to the PS5 for all PS+ subscribers just like it was the case with other games previously given on PlayStation Plus including Maneater and Bugsnax.

All of these games will be added to the PS+ subscription service beginning on April 6. You still have some time to download the March 2021 games lineup for your PS4 and PS5.

Ratchet and Clank and Other Free PS Plus Games Are Live Now
Salal Awan March 2, 2021

Final Fantasy VII Remake Is Coming To PS Plus, Not Eligible For Free PS5 Upgrade