Microsoft has confirmed the Xbox Live Games with Gold lineup for the month of April 2021. This time, they are adding some classic Xbox 360 games.

Microsoft usually updated on the status of Xbox Live Games with Gold lineup every month. They have shared an update on the games that will be added to the service later in April. Beginning with Dark Void for Xbox 360 and Vikings: Battle of Midgard for Xbox One, they will add two more games later in the month.

Dark Void was a brand new IP from Capcom that was released early in the PS3 and Xbox 360 generation. It will be available to play for all Xbox Live Gold subscribers beginning April 1. Vikings: Battle for Midgard will drop on the same day bringing in some fun for all Xbox One users. 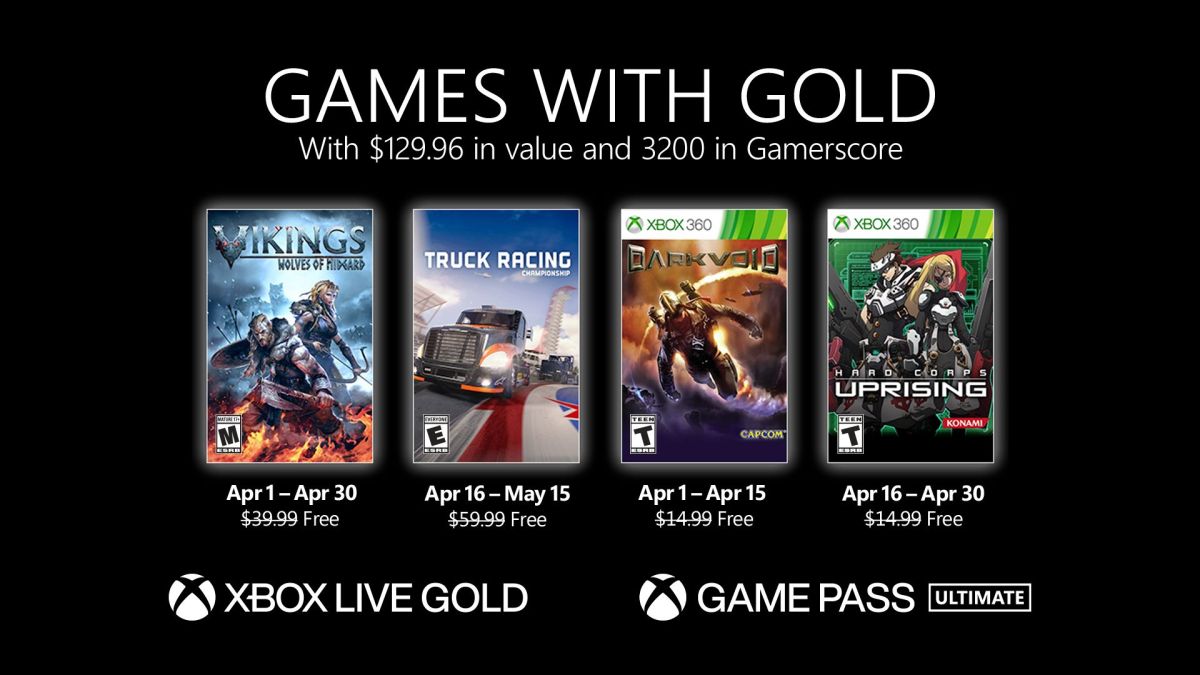 Here is the complete list of games that will be added to the Xbox Live Gold service later in April 2021.

Games with Gold is available as part of the Xbox Live Gold service, which is also available in a bundle for Xbox Game Pass Ultimate. If you want to just get Gold, you will only need to pay for it and play online multiplayer while enjoying exclusive discounts and free games every month.