Sony hasn’t announced the official PS Plus lineup for October 2021, however, just like last time, the same source has leaked the games for the next month.

While last month, players could enjoy a mix of competitive multiplayer games, this year, the lineup consists of an old fighting game, Mortal Kombat X, a golf game, PGA Tour 2K21, and a brand new multiplayer game that will be out for the PS5, Hell Let Loose.

See the image below that was shared on dealabs. The source has a solid track record so we doubt this is faked. 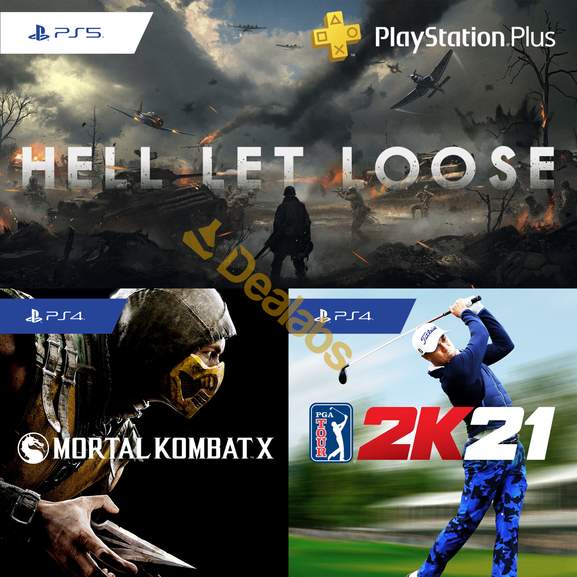 Hell Let Loose has just received a beta on the PS5. The game was not available for pre-order on the PS5 which led to the speculation that it might be offered through PS Plus. It has turned out to be the case after all.

Mortal Kombat X was one of the earlier PS4 games. While it is nice to see it on the subscription service, it has aged a lot and is preceded by Mortal Kombat 11. Nonetheless, it should provide fans an opportunity to revisit the series again.

The official announcement is expected to happen on September 28-29. The games will be confirmed and released for all PlayStation Plus subscribers beginning the first Tuesday-Wednesday of October, so around October 5 to 6.