PS4 sales have passed a new milestone as revealed by Sony. The total cumulative sold-through figure for PlayStation 4 stands at 106 million units worldwide.

PS4 is already the second best-selling console that was released by Sony. It has surpassed the sales of the PS1 and Nintendo Wii and while it will be difficult to outsell the PS2, which sold around 150 million units worldwide, the console should be able to sell-through more than 120 million units by the end of its lifecycle or until the launch of the PS5.

Sony has also shared some other interesting figures for the sales fo the PlayStation 4 and PlayStation Plus. They have disclosed the total number of PlayStation VR units sold to the consumers as well. 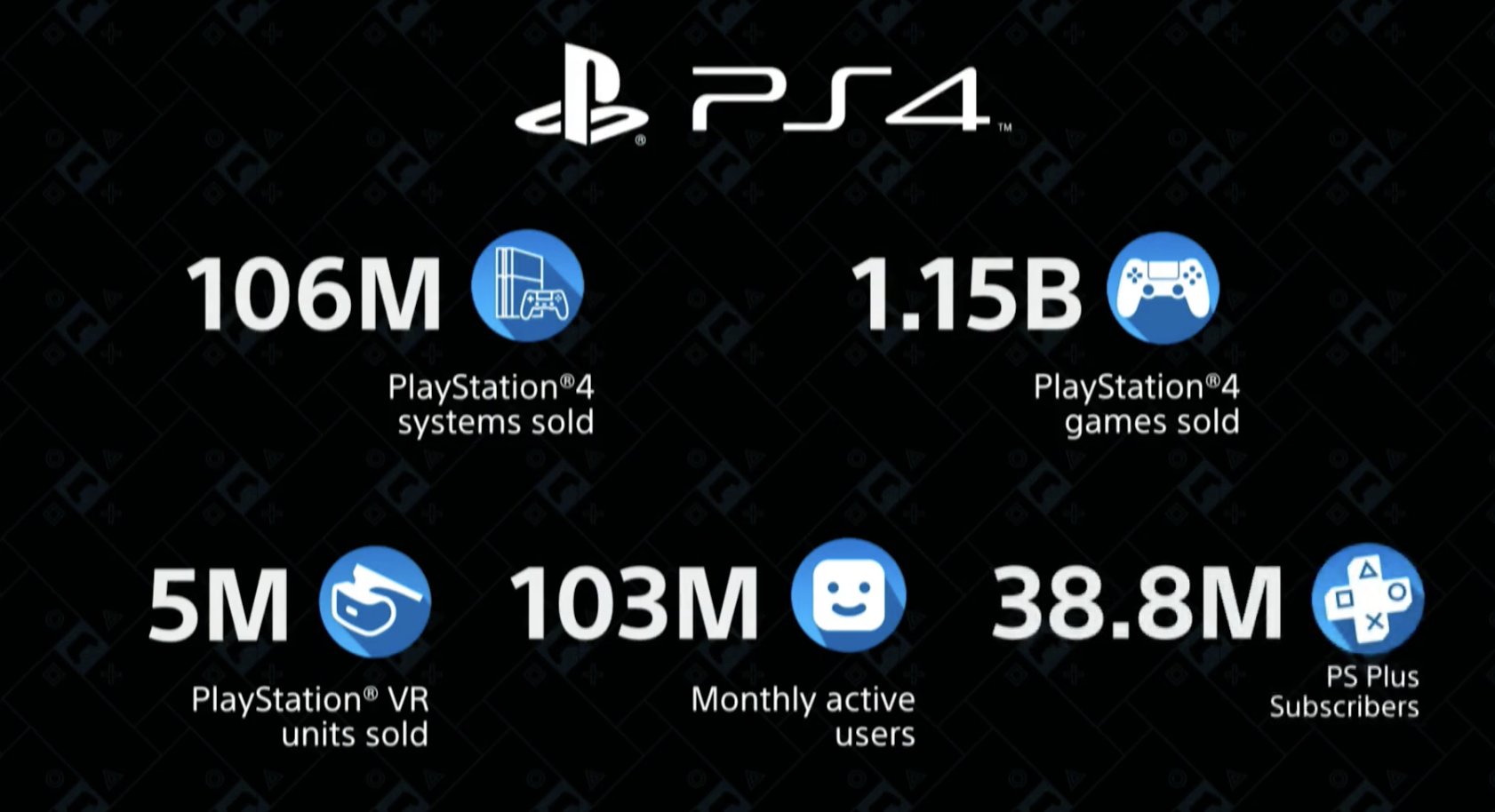 “I am very pleased to see that so many PlayStation fans value the unparalleled entertainment experience on PS4,” said Jim Ryan, President and CEO of SIE. “This has been made possible by the support we have from our partners and fans since launching PlayStation in 1994, and I would like to truly thank everyone. We’ve consistently delivered innovative products like PlayStation VR, which has reached its 5 million unit sales milestone*4. There is much more entertainment experience to look forward to that the PlayStation ecosystem will provide that we can’t wait to share with our fans.”

Despite PS5 launching in 2020, there are still many major games coming to the PS4 including The Last of Us Part 2 and Ghost of Tsushima.

All of this should prove to be a good sign for Sony Interactive Entertainment for their upcoming console, the PlayStation 5. They have revealed the official logo and shared details on some of the features of their console at CES. The console is expected to launch worldwide in Holiday 2020.