Sony Interactive Entertainment has revealed the official logo and list of next-generation features for PS5 at CES. They have also listed hardware features.

PS5 was officially confirmed by Sony earlier in 2019. The console was then revealed to be backward compatible with the PS4. It was later hinted that this might not be full backward compatibility as seen with the earlier rumors. Now that most of the introductory information is out of the way, Sony has started the new year with the reveal of the official PlayStation 5 logo.

During CES, Sony Interactive Entertainment’s Jim Ryan revealed the logo and shared some of the featuring of the upcoming PlayStation console. 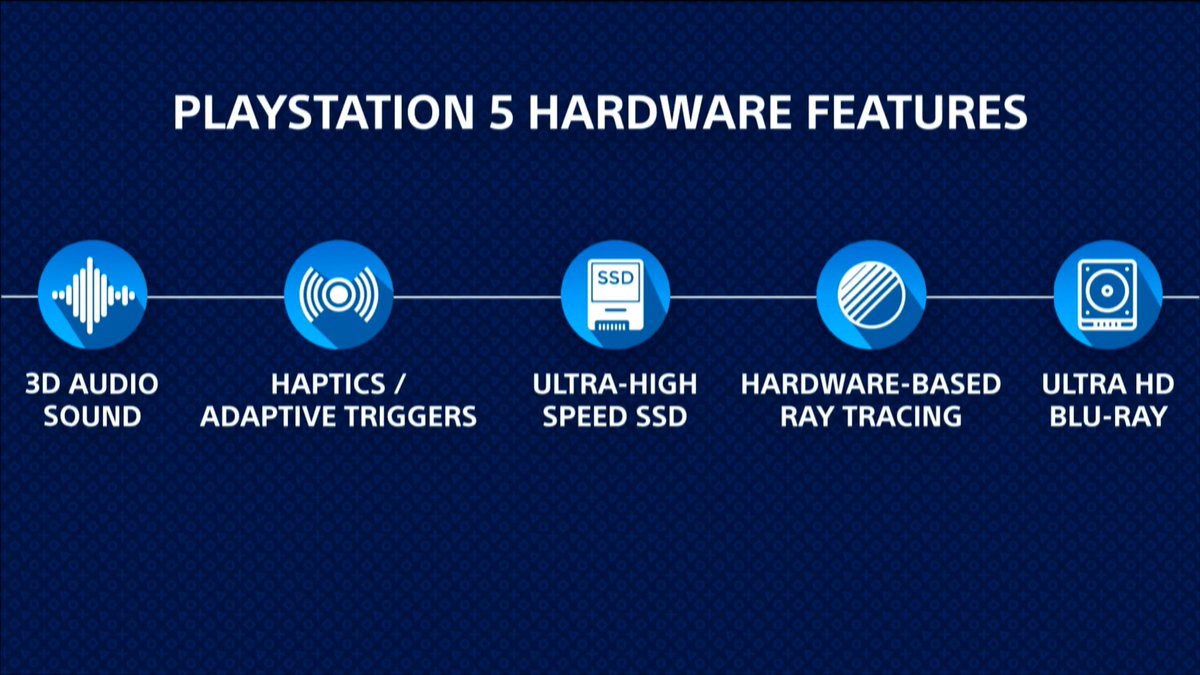 We already know most of the features but they had a shiny new logo this time. 3D Audio Sound is an integral part of the next-generation experience for PS5 in addition to a new DualShock 5 controller. This will feature Haptics and Adaptive Triggers letting the developers implement new types of gameplay features.

One of the major marketing points for the PlayStation 5 is that it uses an Ultra-High Speed SSD. The speed that is being claimed for this new SSD tech is reportedly not available in the PC market at the moment and it will be interesting to see how the load times are drastically reduced with it.

In addition to these features, PS5 will come with Hardware-Based Ray Tracing and Ultra-HD Blu-Ray, which is something that Sony skipped out in PS4 Pro while Microsoft made sure to include it for their Xbox One X.

Sony’s next-generation PlayStation console will reportedly launch in Holiday 2020. Currently, there are not many announced games that are coming to PlayStation 5 but more information will be revealed in the coming days.