PS5 24K Gold Edition Will Set You Back £8K, Pre-Order Starts On September 10

Truly Exquisite has announced a special edition of the PS5 with 24K Gold. This edition will be available to pre-order from September 10.

In case you don’t know about them, they are a Premier British Luxury customizing brand that specializes in luxury personalized smartphones & giftware including the latest 24k gold. Their latest offering is a PS5, which doesn’t even have an official pre-order or price but they are offering a 24K gold edition of the console which will be available to pre-order on September 10.

The pricing of the console is obviously going to be high knowing it is solid gold. However, one interesting observation is the difference between the price of the PS5 Disc Edition and Digital Edition.

To get the Digital PlayStation 5 with 24K Gold, you just need to find a way to come up with £7999 and to get the Disc Edition, you need to pay £8099. There is a £100 difference between the digital and disc edition which has been widely speculated as to the expected price difference between both consoles. 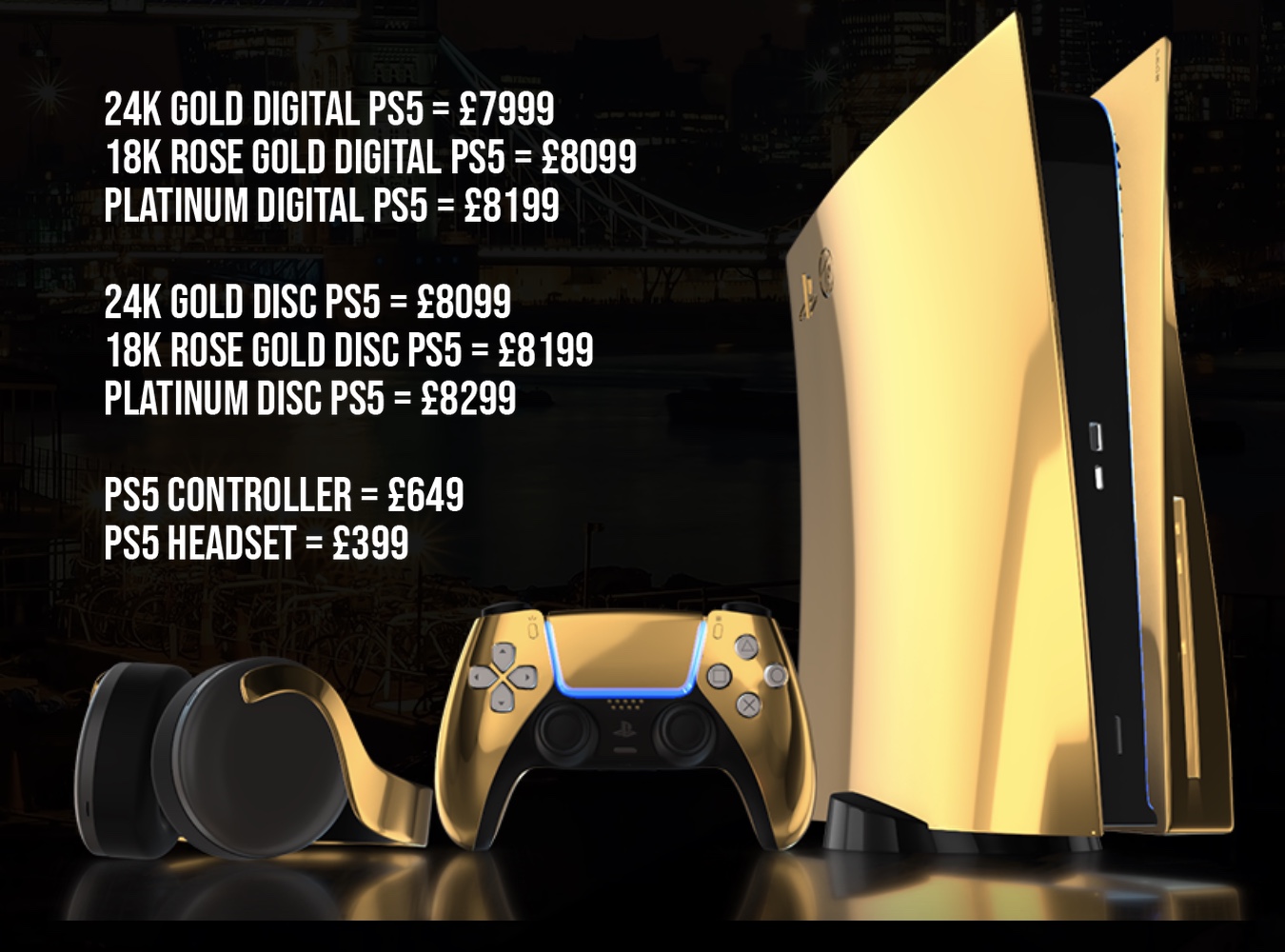 If you want the controller or headset, that is going to cost you extra. For a gold controller, the company is asking £649 while for a headset, they are demanding £399. You can also opt to get the PlayStation 5 in 18K Rose Gold or Platinum coating if this is how you like to see your next-generation console.

Sony hasn’t announced the pricing or opened up pre-orders of their next-generation console, but the rumors suggest that they have a state of play planned soon, and it might reveal the price. Microsoft has dropped the curtain on their next-generation console lineup by announcing Xbox Series S with a price, but as far as the official price is concerned for the Xbox Series X, they haven’t rushed to announce it yet.

Previous Article
Breath of the Wild Prequel Hyrule Warriors: Age of Calamity Gets Lovely Screenshots
Next Article
The Last of Us Part 2 Update 1.07 Is Out, Here Are The Patch Notes

Grab This Free PS4 Game “We Were Here” Before The Offer Expires
Salal Awan February 10, 2021