Microsoft has officially announced the Xbox Series S console with a price while also giving a glimpse at its design.

Xbox Series S will be cheaper than the Xbox Series X, priced at $299. The details on this price and release date were first leaked by WindowsCentral. They confirmed that the console will launch at a price of $499 while also revealing the new Xbox Series S, which is the smaller version of the main next-generation console. It ditches the tower design, offers lower power, but is cheaper as a result.

The first official confirmation of the new console was made by Microsoft on their social media account. Have a look at this new console below. 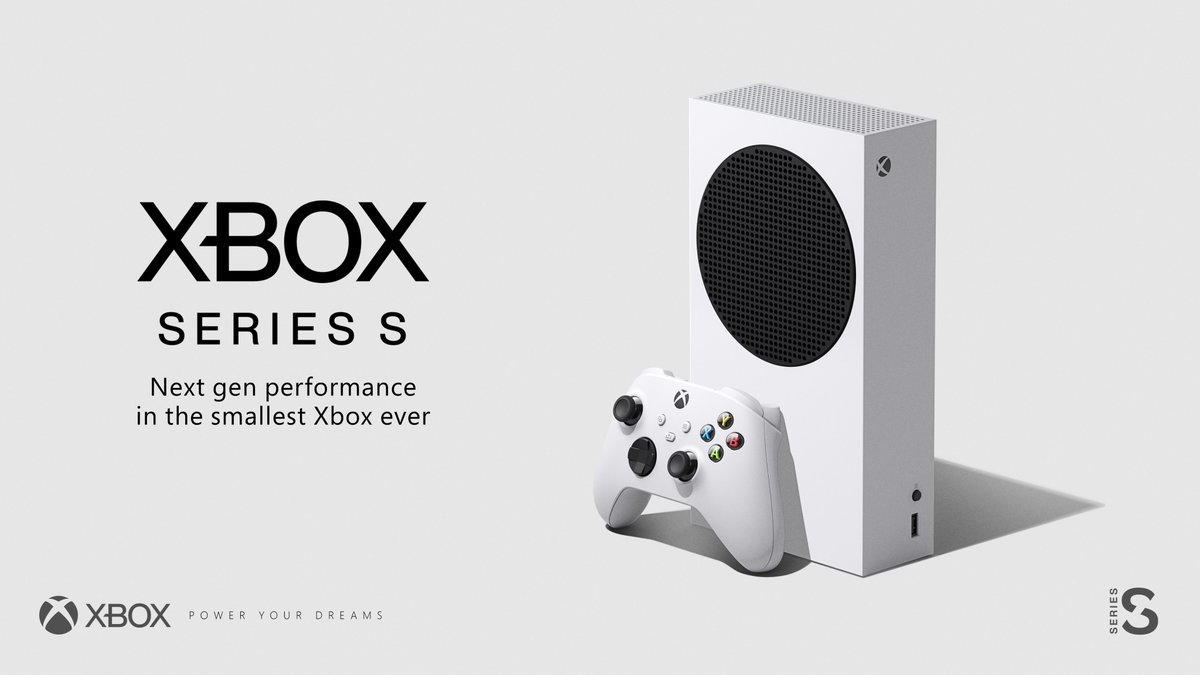 Microsoft is marketing this console as offering next-generation performance and calling it the Smallest Xbox ever. This could make it smaller than a regular Xbox One S or even an Xbox One X. This form factor is important when compared next to the Xbox One X.

While the price of Xbox One X wasn’t officially shared by Microsoft, the same leak suggests it will be priced at $499. Both of these consoles will launch on November 10.

Some of the rumored specs for this console suggest that it will come with a 4 TFLOPs RDNA GPU, which is almost 3x slower than the Xbox Series X, which has a 12 TFLOPs RDNA GPU. Despite that, there will be additional features like the fast-loading, better CPU and in combination with the GPU, it should be possible to run games at 1080p on the Xbox Series S compared to the 4K for Xbox Series X.