PS5 DualSenes controllers have started to appear at certain retailers, who have received shipments of the new controller and are preparing to sell them.

The confirmation of the controller arriving at retailer Walmart was posted by a user on reddit, who shared that these controllers are available at Walmart. However, they don’t appear to be on sale.

Another user on Twitter has shared some images that show the boxes for the DualSense controller behind a display case. 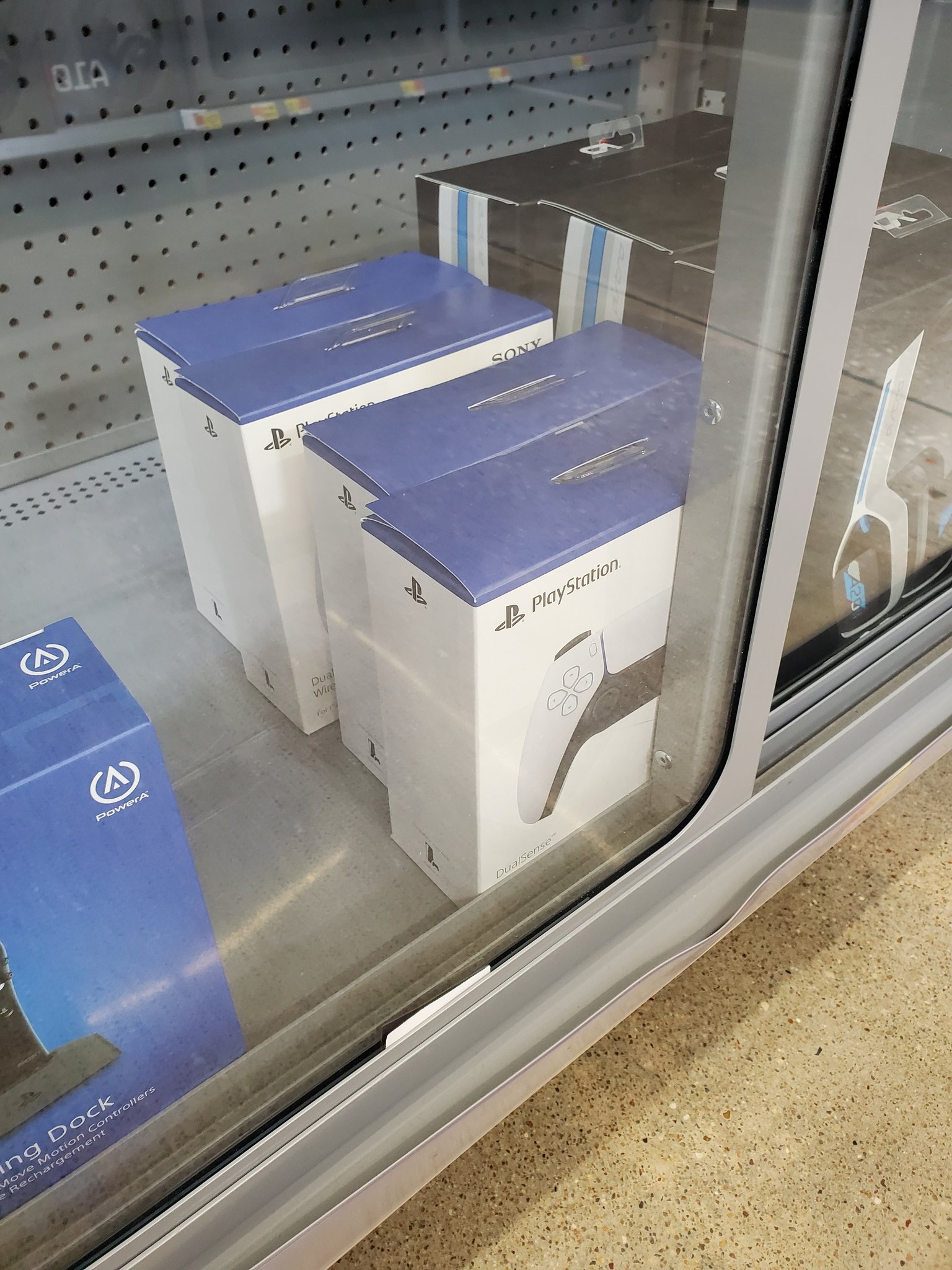 In the same photo, we can see other PS5 accessories in the display case like the charging dock and more. According to a report, Sony will allow retailers to sell these accessories ahead of the launch of the PS5 on November 12. They might be shipped to the retailers early for this reason.

While Microsoft is launching their next-generation console just two days early than the PlayStation 5, it has already received an unofficial unboxing video. The console appears to have been shipped to retailers as images showing a stack of boxes of the console were seen in a warehouse.