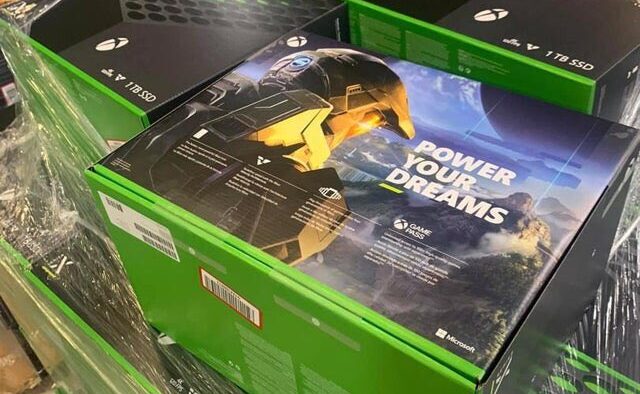 Microsoft has started to ship out Xbox Series X to retailers with pictures of the console seen in warehouses, and someone even has unboxed one.

Microsoft is started to ship out Xbox Series X to retailers around the globe. Pictures from the stock showing Xbox Series X were seen in on social media platforms like reddit and twitter. In addition to these pictures, there is also an unboxing video of the console that was apparently recorded on October 8th.

Read More: PS5 Trademark In India Was Filed By Someone Who Sold Counterfeit PlayStation Products

As we have reported earlier, the console comes in retail packaging with Halo Infinite prominently featured on the back. While the game was initially set to launch in November, it was delayed after the backlash faced by the first official gameplay demo.

First, we have pictures of the retail boxes of Xbox Series X from a warehouse that was posted to the console’s subreddit. 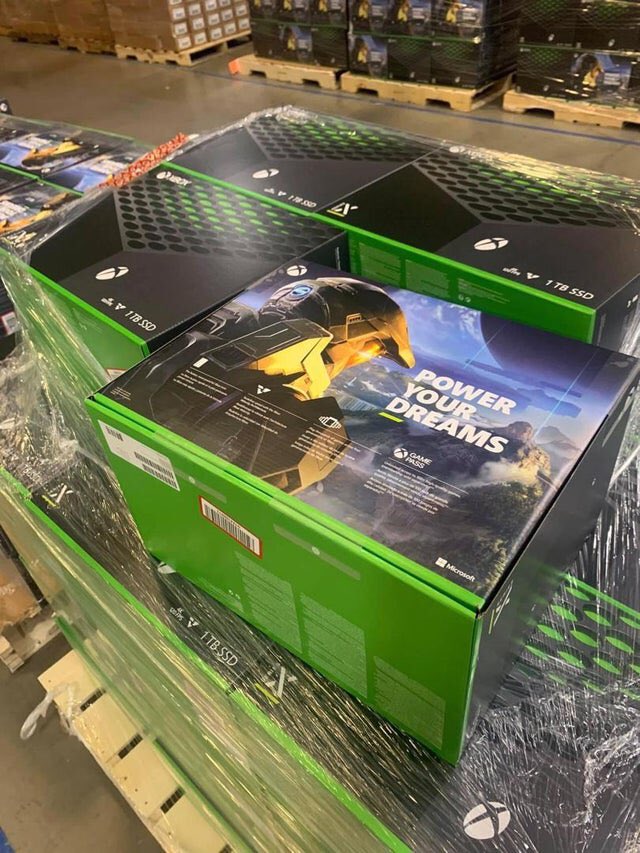 Next, we have an unboxing video that was allegedly recorded on October 8th. This video (mirror here) also gives a glimpse at the retail console. Update: The original video has been taken down but the mirror is still available.

The origins of this XSX remain unknown, however, the console is not available for sale officially so this could be the result of someone stealing the console from already available stock in the warehouse.

While the console hasn’t made its way to the general public, it is already being played by influencers around the world. They have shared various previews of the console and its games and there are also reports of the hardware getting hot in stand mode despite running quietly.

XSX will officially launch on November 10, 2020. There are two versions of the Xbox Series consoles with the Series S selling for $299 and the Series X launching for $499.