Resident Evil 2 has turned out to be a huge success for Capcom and the series as a whole has hit a new height in terms of overall sales.

Capcom has achieved record profit for the past few years thanks in part to a huge turnaround for the company. The massive success of games like Monster Hunter World and Resident Evil 2 has no doubt contributed to this result. The company has shared an updated sales figure for their million sellers and the results are surprisingly great.

Resident Evil 7 achieved a cumulative shipment of 3.5 million as of March 2017. The game launched back on January 24, 2017, and since then has continued to do really well in overall sales. It has now shipped 7.5 million copies, making it the third best-selling Resident Evil game in the series. It has achieved this milestone in a little over 3 years despite a slow start. 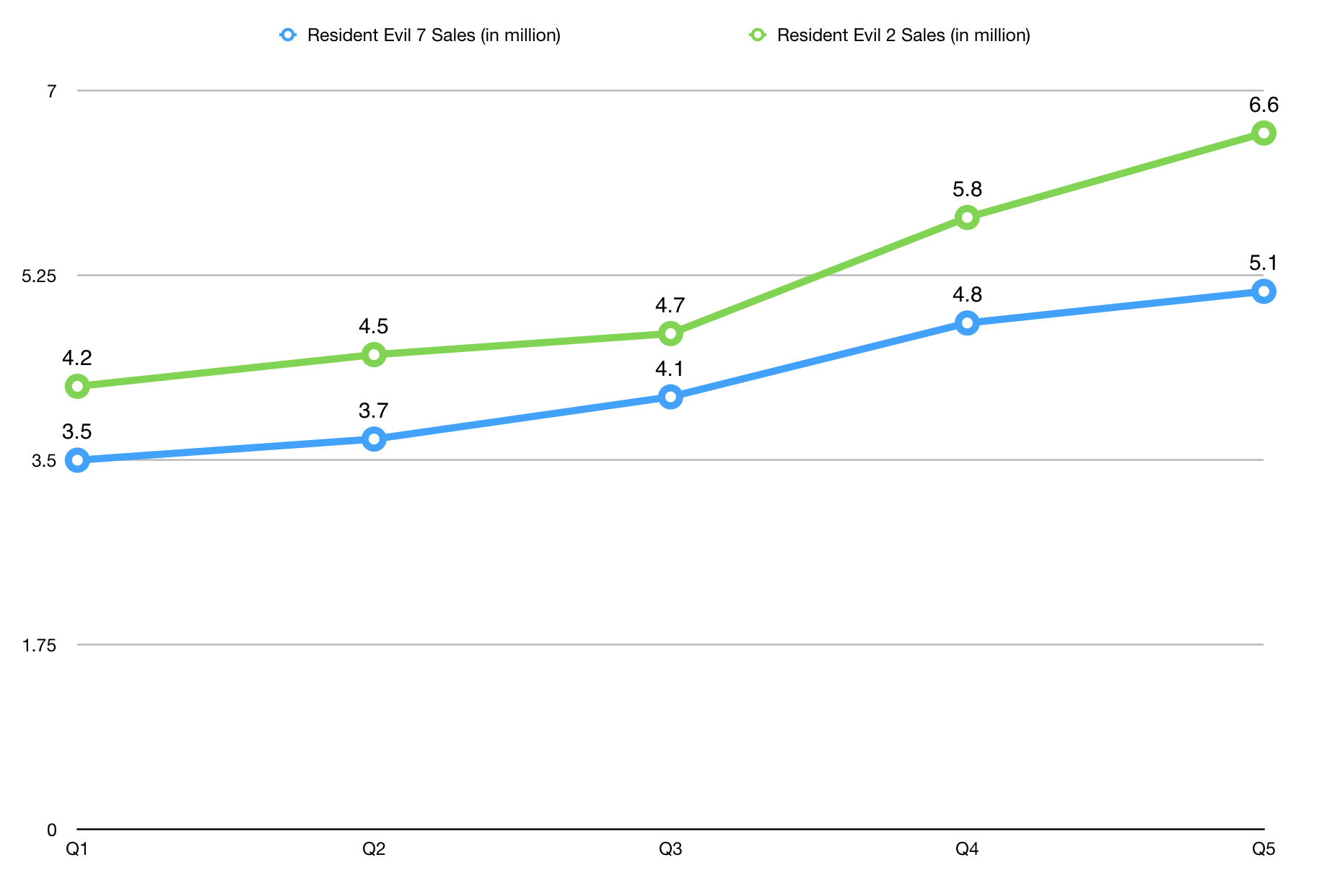 The chart above compares the sales of Resident Evil 7 and Resident Evil 2 each quarter. It is clear that the remake has better legs overall but it is also impressive to see how Resident Evil 7 managed to achieve 7.5 million sales, which is almost twice its first-quarter shipments. It shows strong legs for the series which helps Capcom to keep pumping out new games almost every year.

Capcom released another remake in the series this year with Resident Evil 3. It has also done well for the company, shipping more than 3 million copies in its launch week. It is falling behind both RE2 and 7, although the sales potential of the series is quite strong so it might continue to ship new copies every quarter.