Resident Evil 3 Remake was leaked through the official PlayStation Store and it is now up for pre-order for PS4 and Xbox One on UK Retailer Base.com with a release date.

Sony has just announced a new State of Play on December 10. It was speculated that this might reveal RE 3 Remake with the artwork going up on the PlayStation Store. Geoff Keighley, who is hosting The Game Awards has confirmed that there won’t be any news on RE 3 Remake there which has put all eyes on the new State of Play for an official announcement. 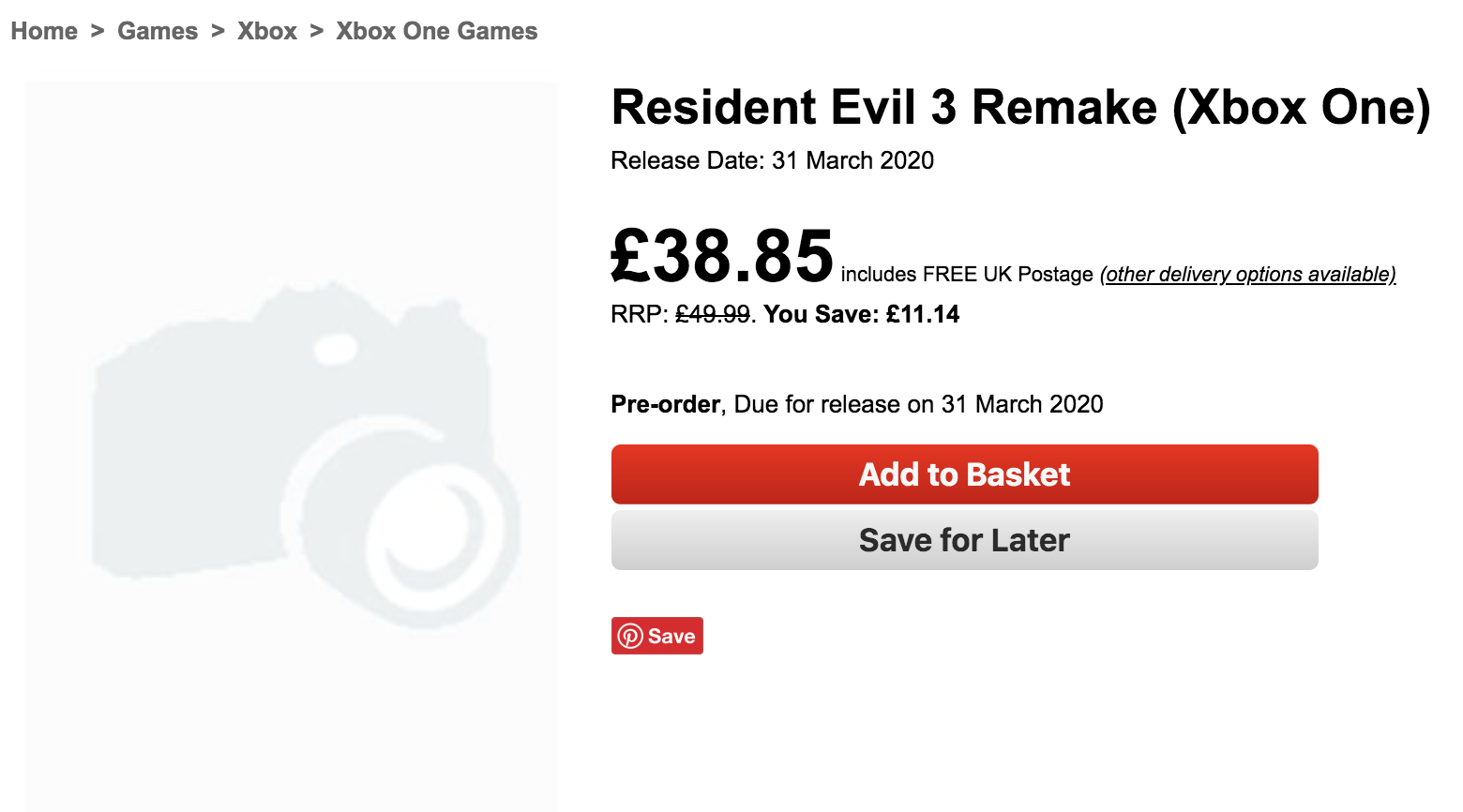 Ahead of this announcement, which is just a few days later on December 10, UK Retailer Base.com has now put up a pre-order of Resident Evil 3 Remake for both PS4 and Xbox One. While it is a placeholder, the release date is set as March 31, 2020, instead of a traditional end of year release date which is the norm for such early pre-orders with no release window.

Read More: Bayonetta and Vanquish 4K Remaster Bundle Is Coming To Xbox One

It is possible that Capcom could launch the Remake just a year after the second game after all they did this with the original Resident Evil 2 and 3, which were released just one and a half years apart from each other.