Resident Evil 8 will be out on May 7. Capcom has confirmed the release date of the game and detailed its various special editions.

In a live stream on YouTube, Capcom revealed new information on the game including showing a gameplay trailer and confirming the release date. The biggest surprise today was the confirmation that Resident Evil 8 is coming to the PS4 and Xbox One as well.

Resident Evil Village will be out on May 7, 2021. It will launch in different editions that are available to pre-order now. Here are the details on them as revealed by Capcom.

The Deluxe Edition includes the base game and a digital “Trauma Pack,” which consists of additional in-game content including a Samurai Edge weapon, Resident Evil 7 biohazard inspired found footage screen filter and tape recorder save point options, immediate access to an especially challenging difficulty setting, and more. It was leaked through Humble Bundle earlier. This version will be released for $69.99. 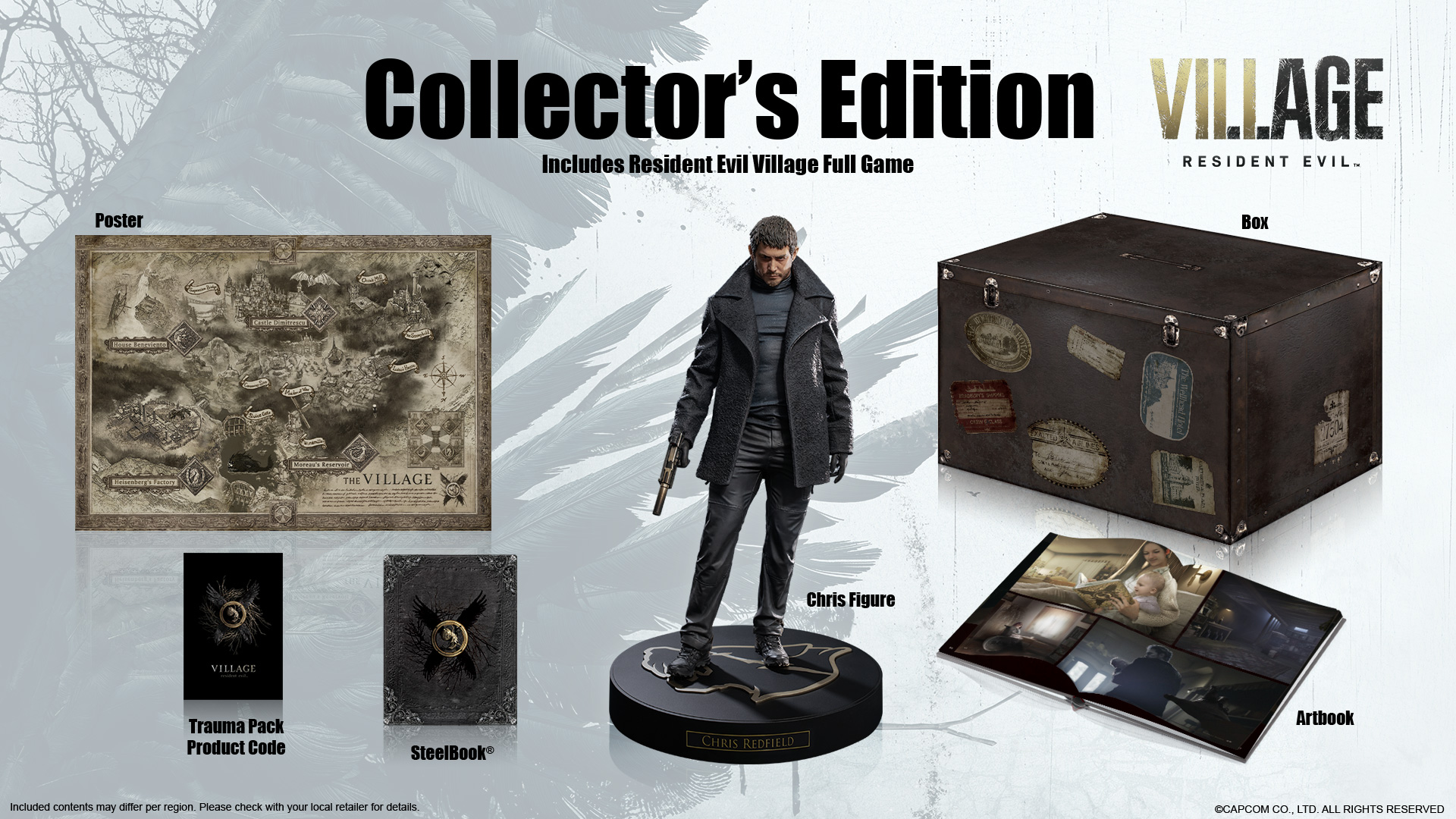 The physical Collector’s Edition includes the digital Deluxe Edition content plus a striking statue of franchise veteran Chris Redfield, a SteelBook case, art book, and a cloth map of the village with key art printed on the reverse side. It can be purchased for $219.99.

Resident Evil 8 has also received a gameplay demo giving the fans their first glimpse at the in-game footage including combat and exploration. Also, there is a new trailer available as well.

Those who now a PS5 can also download a special demo called Maiden. It doesn’t feature any combat or offer a playable protagonist from the main game, but it is set in the same world with an unknown new character.

Previous Article
Apex Legends, GTA Online and Co: Why Games as a Service Are So Popular?
Next Article
Resident Evil 8 Demo Maiden Is Available For Download Now