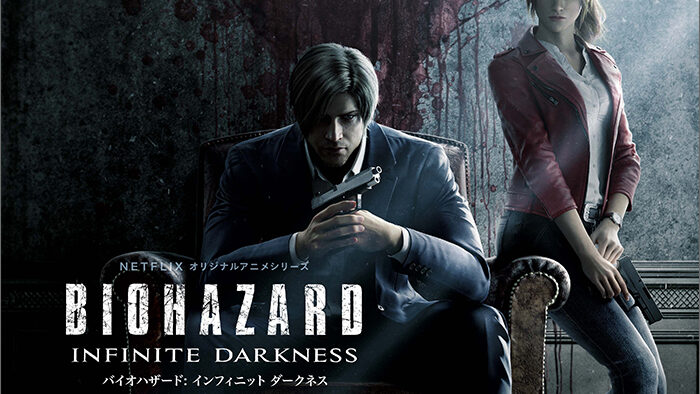 Capcom has confirmed a new series for CG Resident Evil series called Infinite Darkness. It will be out on Netflix in 2021 and release in an episodic format.

The series will be handled by Capcom’s producer Hiroyuki Kobayashi. He is participating in the production and supervision of the series. Yoshi Miyamoto, who is the lead at Quebico, and was the production producer of Resident Evil: Vendetta will work on the series and Toms Entertainment will be in charge of full 3D CG animation.

This series is set three years after the events of Resident Evil: Vendetta. Beyond that, there wasn’t much revealed for it but there is some leaked concept art from the show.

Here is a description of the teaser from the official website.

The teaser visual depicts Leon S. Kennedy and Claire Redfield, who have gone through numerous deadlines, with a quiet determination to face new threats against a blood-stained wall.
In addition, in the teaser PV that was lifted together, Claire who steps into an abandoned house standing in the dark night and discovers “something”, and Leon who helps “someone” in the dark. Each of the drifting dust, the facial expression of the character with a sense of tension, etc. are high-quality images that can be mistaken for live action, and from the beginning, “a feeling of urgency!” “Double the fear by wearing headphones!” Fan.

Resident Evil: Infinite Darkness will be released on Netflix in 2021.