Resident Evil Village will get a combat-focused demo before the game launches later this May. The game’s development is currently in its final stage.

Resident Evil Village was recently showcased in a live stream held by PlayStation Japan. While most of the video footage during the live stream was old, there was some new information thrown in between the various segments.

One of the most interesting parts of the event was when Lady Dimitrescu was shown along with the hosts of the show in order to give an idea of her height. As you can see in the image below, there is a huge difference between her and someone with an average height in Japan. 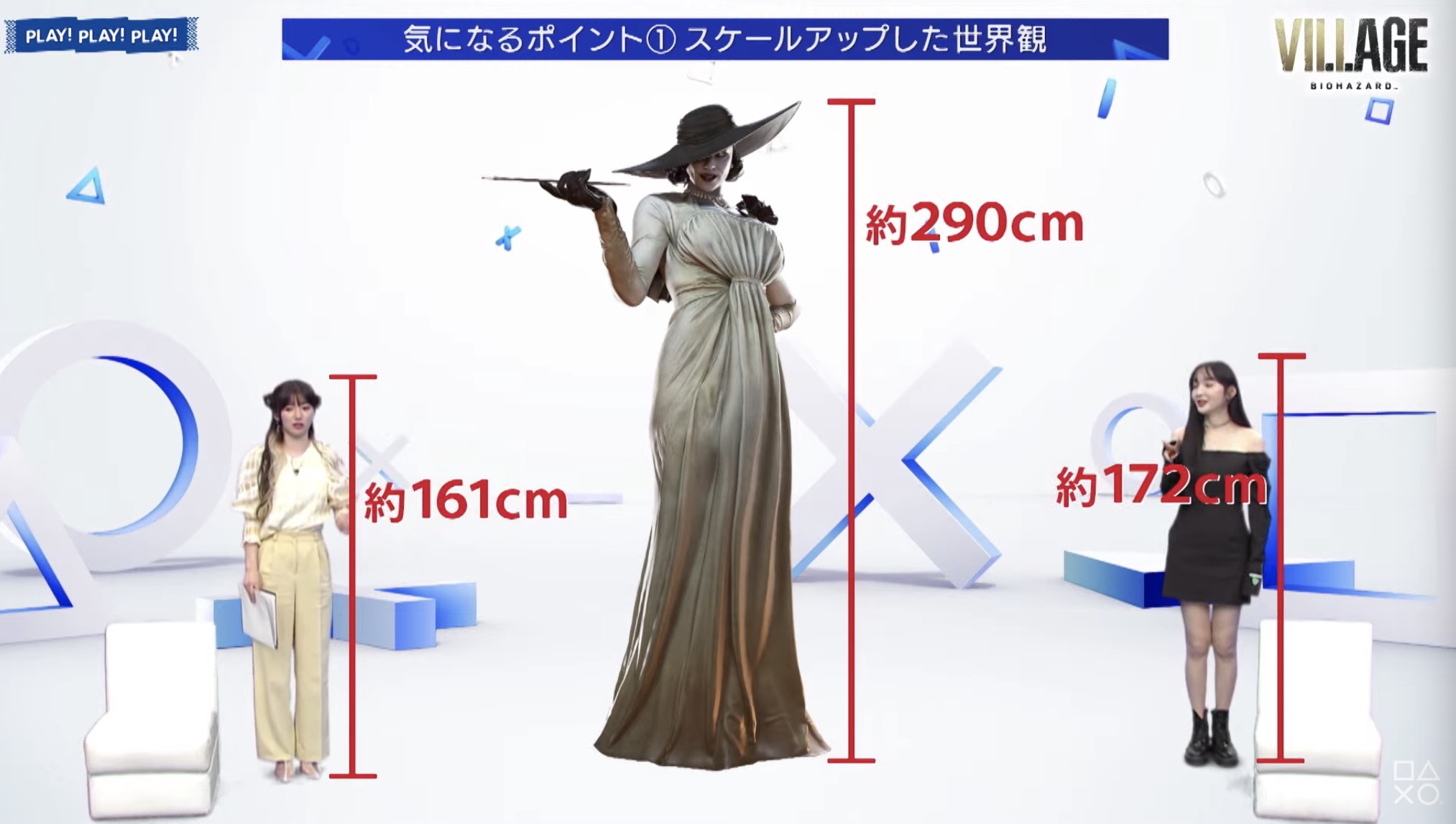 Here is a summary of some of the key points of the live stream which were shared by Capcom.

Monster Hunter Stories 2 Gets a Release Date, Coming To PC and Nintendo Switch