Shadows of Rose is a Resident Evil Village DLC that completes the story. It is included in the Winters’ Expansion, which adds new content such as a third-person camera view and new playable characters in the Mercenaries. This expansion, in my opinion, provides a lot of value for money, particularly for fans of the third-person Resident Evil games. It offers a completely new way to play Resident Evil Village, thus turning it into an entirely new game in the process. It also adds a significant amount of new content with the Shadows of Rose expansion, as well as extending the Mercenaries mode with Additional Orders, which makes Heisenberg, Chris Redfield, and Lady Dimitrescu playable.

Shadows of Rose is essentially a continuation of Resident Evil Village’s ending. It takes place 16 years after the ending and centers on Rose, Ethan, and Mia’s daughter. Rose is looking for information regarding her abilities when she discovers a treatment that can only be discovered in a pure crystal housed inside the Megamycete’s consciousness. Rose is allowed to enter this twisted realm, which resembles something out of a nightmare. Because she lacks Ethan’s combat expertise and physical abilities, this is more of a survival horror take on the Resident Evil Village story, with reused areas and new enemies. 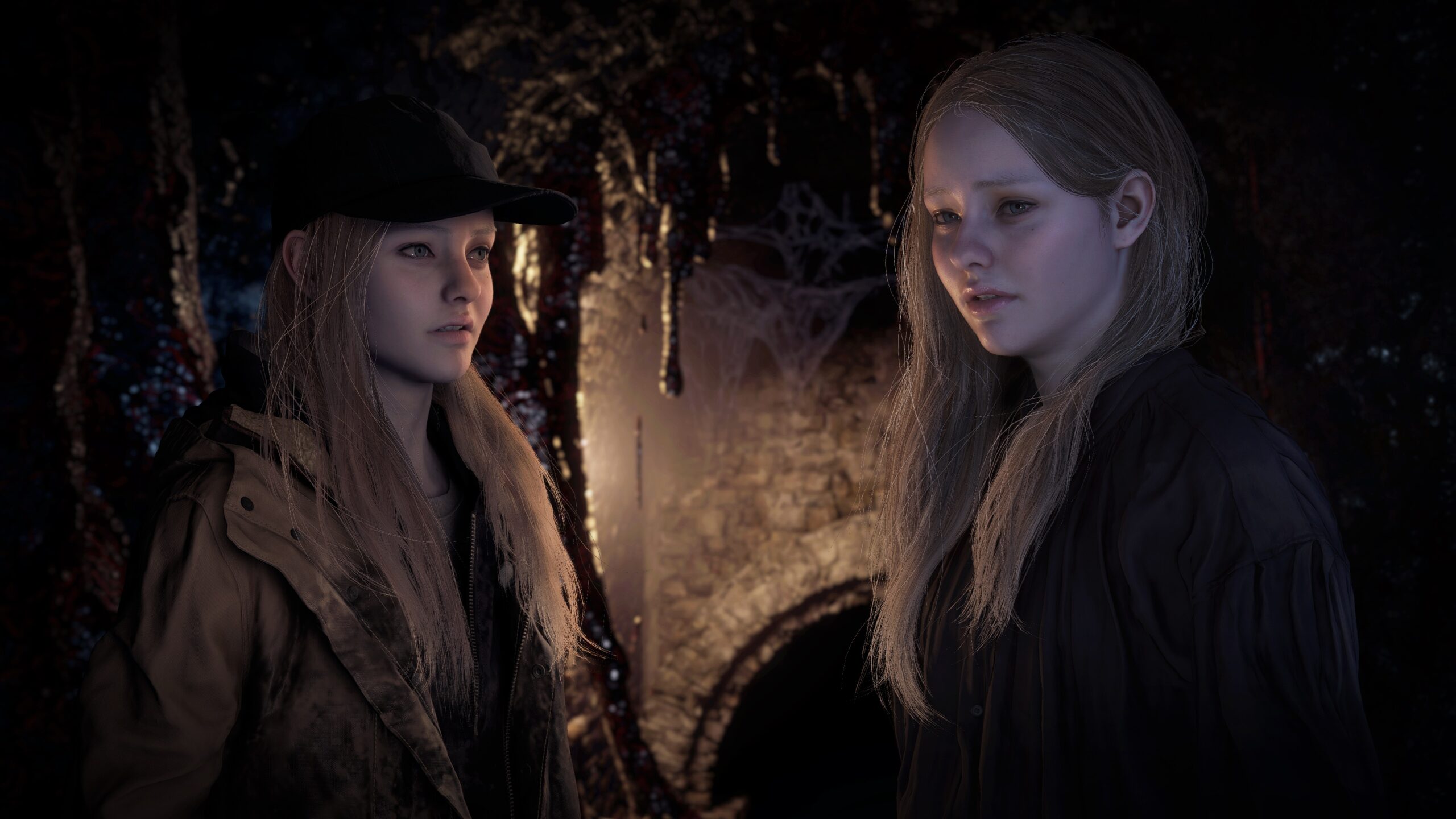 Shadows of Rose was an intriguing concept. It’s like a cross between Silent Hill and Resident Evil. As Rose explores this universe within the Megamycete’s consciousness, the developers can experiment with the level design. They don’t have to stick to a set pattern, so they play with merging different areas to give the idea that we’re exploring a nightmare world. A red ooze will cover several crucial places at first. This ooze also gives birth to horrifying new monsters known as Face Eaters. There are some other enemies as well, including a sinister Executioner who offers a good scare. All of these monsters are created from the red ooze and are governed by an unknown being in this realm.

Rose enters the game with no combat skills. She is directed by a mysterious voice, which also aids her in combat by providing her with a weapon and allowing her to unlock her powers. Rose is later able to utilize her abilities to destroy the red ooze or stun the monsters. While I appreciate the premise of the game being pure survival horror, the lack of a dodge option causes many frustrating encounters. The game’s linear corridors are frequently filled with enemies, and it is simply impossible to maneuver around them. These encounters grow simpler as Rose gains new abilities, but they never seem enjoyable. 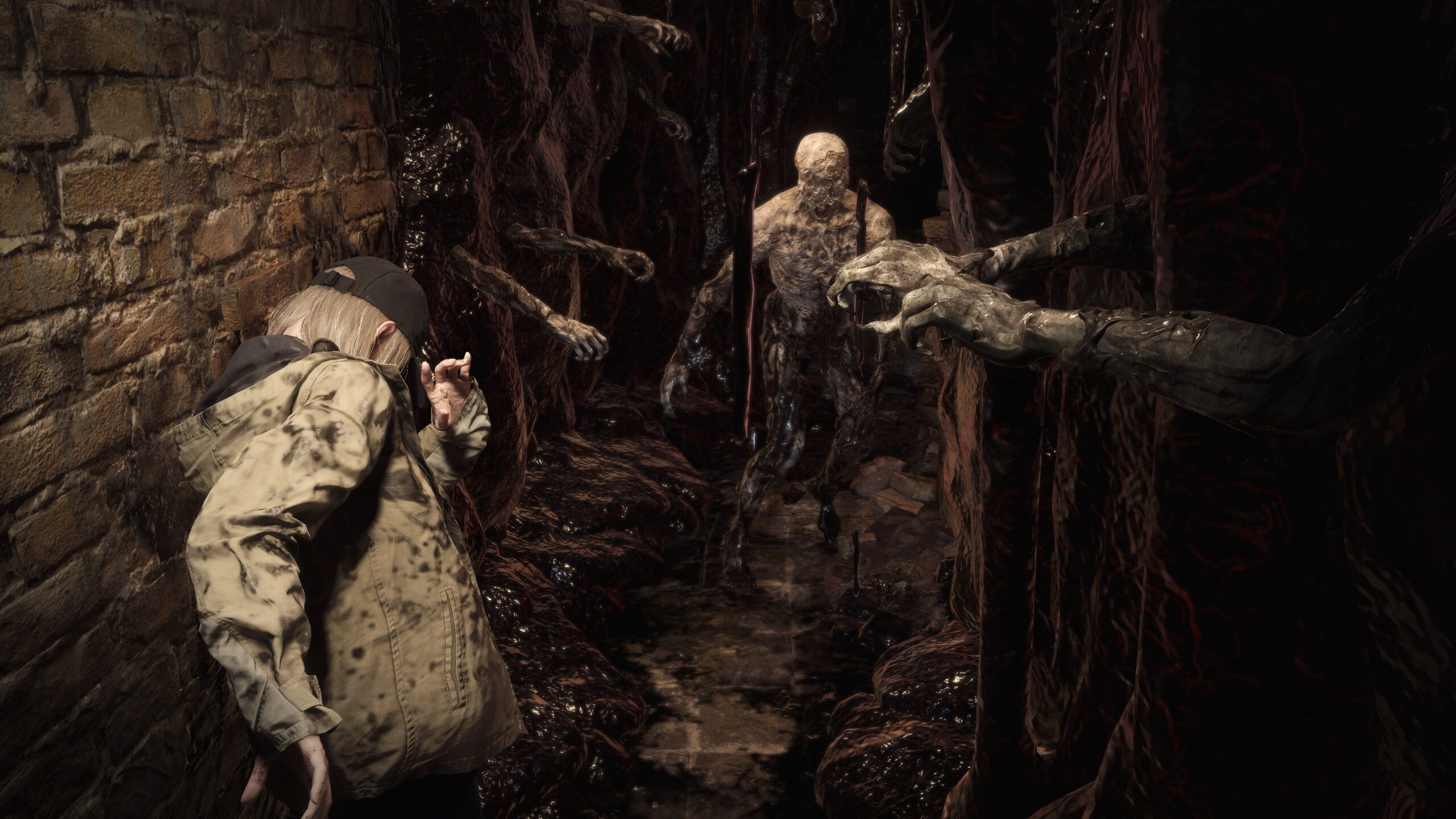 The lack of dodge mechanics and Rose’s sluggish movement bring the overall experience down a notch. While Rose has the power to stun her enemies, it is limited and requires a specific item to recharge, which is also difficult to come across. It causes the game to depend more on stealth or simply sprinting around the hallways, which is annoying because enemies tend to grab Rose quickly owing to her slower speed. I can manage with the lack of ammunition, but the stealth seems bad here, and most combat encounters are uninteresting due to enemies’ lack of hit detection.

Shadows of Rose is a short expansion. Exploration is the most enjoyable aspect of it rather than the gameplay. While we are revisiting many of the key locations from the main story, the layout is not the same. This implies that developers may make modifications to the level design without worrying about consistency. The progression of the game is straightforward, and the puzzles are simple to solve. There is also a very suspenseful moment in the game that is certainly worth a shot, but I won’t go into specifics so as not to spoil it for you. 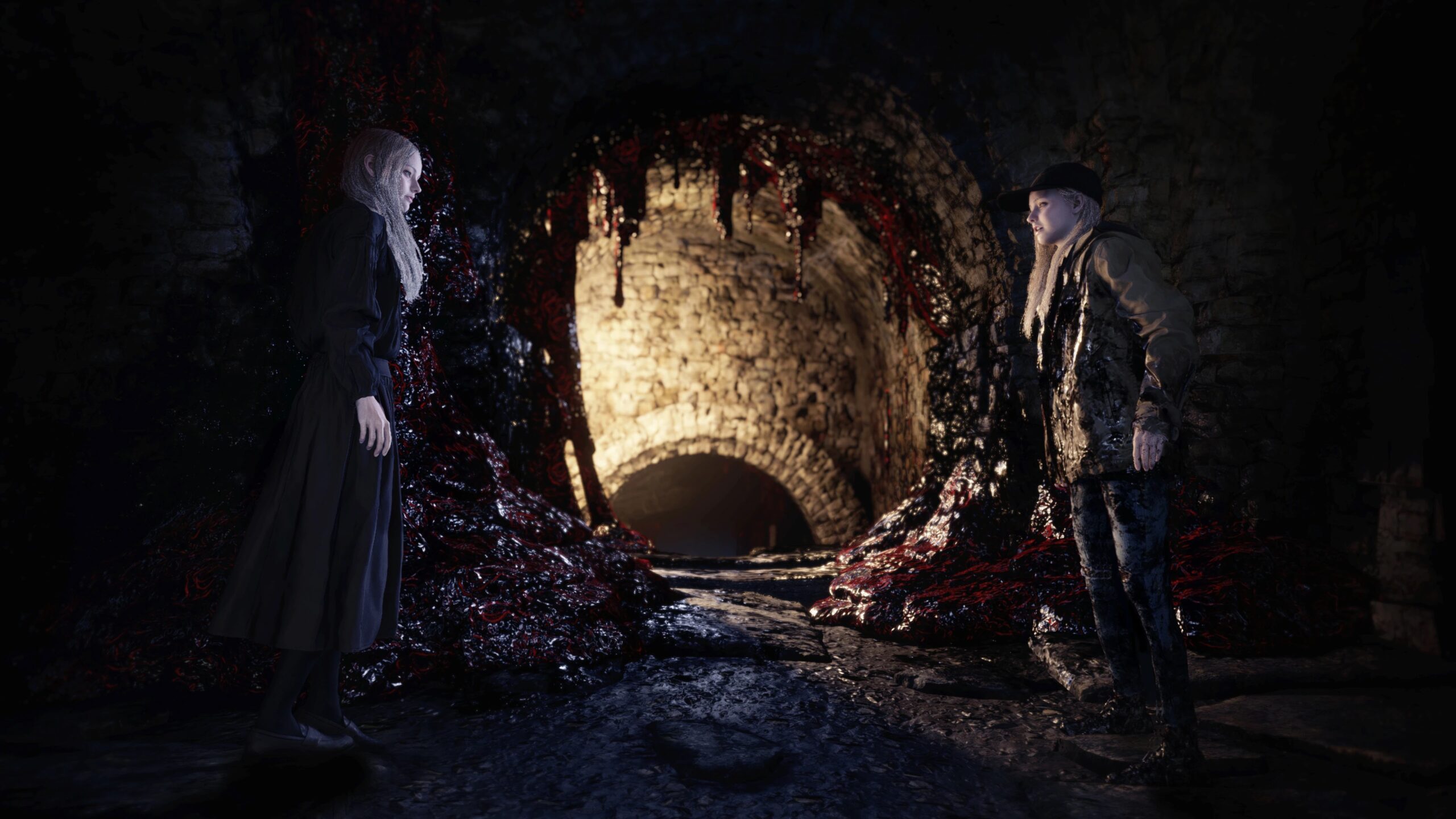 Aside from the Shadows of Rose DLC, there is some good news for fans of the more recent Resident Evil Remakes. This expansion includes a third-person mode that offers a whole different viewpoint on the story mode. While the cutscenes will continue to be shown in first-person, it felt good to control Ethan in third-person. It does seem a little wonky at times, and some parts, in my view, are best played in first-person, but generally, this is a nice feature that adds more worth to the story. It is recommended to play in first-person and then third-person mode.

Finally, three more playable characters have been added to the Mercenaries mode. Lady Dimitrescu, Chris Redfield, and Lord Karl Heisenberg are among them. They have their distinct combat abilities that are fun to utilize in Mercenaries. If you’ve been enjoying this mode thus far, there’s no question that the inclusion of these characters will enhance it much further.

Shadows of Rose is a solid continuation of the Resident Evil Village story, with minor flaws in its survival horror focus but some tense moments. The other new additions in the Winters' Expansion make an already terrific game even better, with a completely new third-person camera providing a distinct perspective on Resident Evil Village's scary story mode.