[Rumor] Pokémon 2019 Region and Name Has Been Possibly Discovered

Pokémon is getting another mainline game in 2019 for the Nintendo Switch. It is possible that fans have stumbled on the name and region or location for this 8th generation Pokémon game.

This is the beginning of 2019 so it is officially the year of the new Pokémon which is confirmed to release later this year. There are no details available for it. New fan theory now speculates that the region that will be used as an inspiration for the upcoming game is the United Kingdom.

So how exactly does this theory lineup and offer enough credit to make it legitimate? This discovery was made in Pokémon Let’s Go that was recently released for the Nintendo Switch. In this game, you can see a calendar that seems to resemble the United Kingdom. The speculation for the name is unlikely but fans are calling it Pokémon Crown or Pokémon Sceptre.

This seems to be pretty much in line with how the rest of the games in the series have teased a region for the upcoming games. In Pokémon X/Y and Omega Ruby/Alpha Sapphire, you were able to see references to the Alola region in a calendar, which ended up the region forPokémon Sun/Moon. The same pattern is repeating with Pokemon Let’s Go showing a calendar that resembles the United Kingdom, as suggested by Twitter user ShingStar5022. 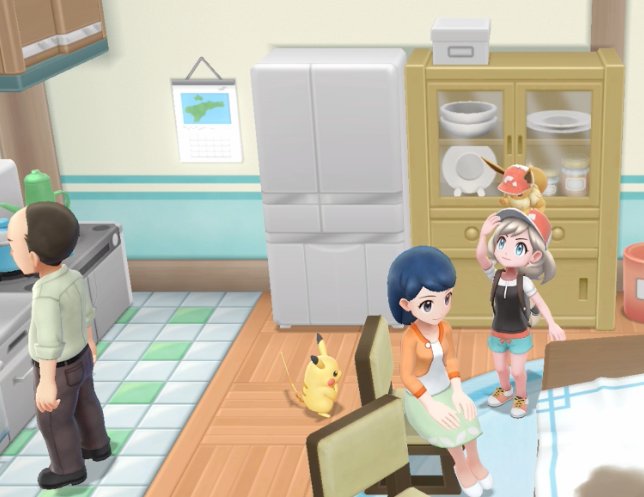 This further lines up with the recent Pokémon marketing blitz that has prominently feature a crown and scepter, which can be linked to the British royal family. There were two tweets, in particular, one from the official account, and the other from a Game Freak artist, that featured the crown.

If you need to see more evidence, there was the United Kingdom as a region in the new Pokemon anime as discovered by this YouTuber RuffledRowlit in his theory for the 8th generation Pokémon. The evidence so far does make it a strong case that the United Kingdom.

Previous Article
[Rumor] Call of Duty: Modern Warfare 4 Is Out This Year With MW2 Remastered Campaign
Next Article
One Piece Live-Action Demo Shows How The Movie Can Possibly Look In Action