Samurai Jack: Battle Through Time Review – Everything Is Connected

Samurai Jack is widely regarded as one of the finest Western animations. It is not an easy task to create a game that doesn’t manage to disappoint due to lofty expectations. While developer Soleil has their fair share of hits and misses, they have attempted to create an experience with Samurai Jack: Battle Through Time that closely sticks to the source material and doesn’t deviate much from it.

The story in Samurai Jack: Battle Through Time takes place during a very brief moment in the final season which is stretched to a full game. The length of the campaign is moderate to average as it can take between five to ten hours to beat the game. Despite the small length, the game manages to offer a decent pace that lets the player experience some of the iconic locations and come face-to-face with the characters that were featured in the show. 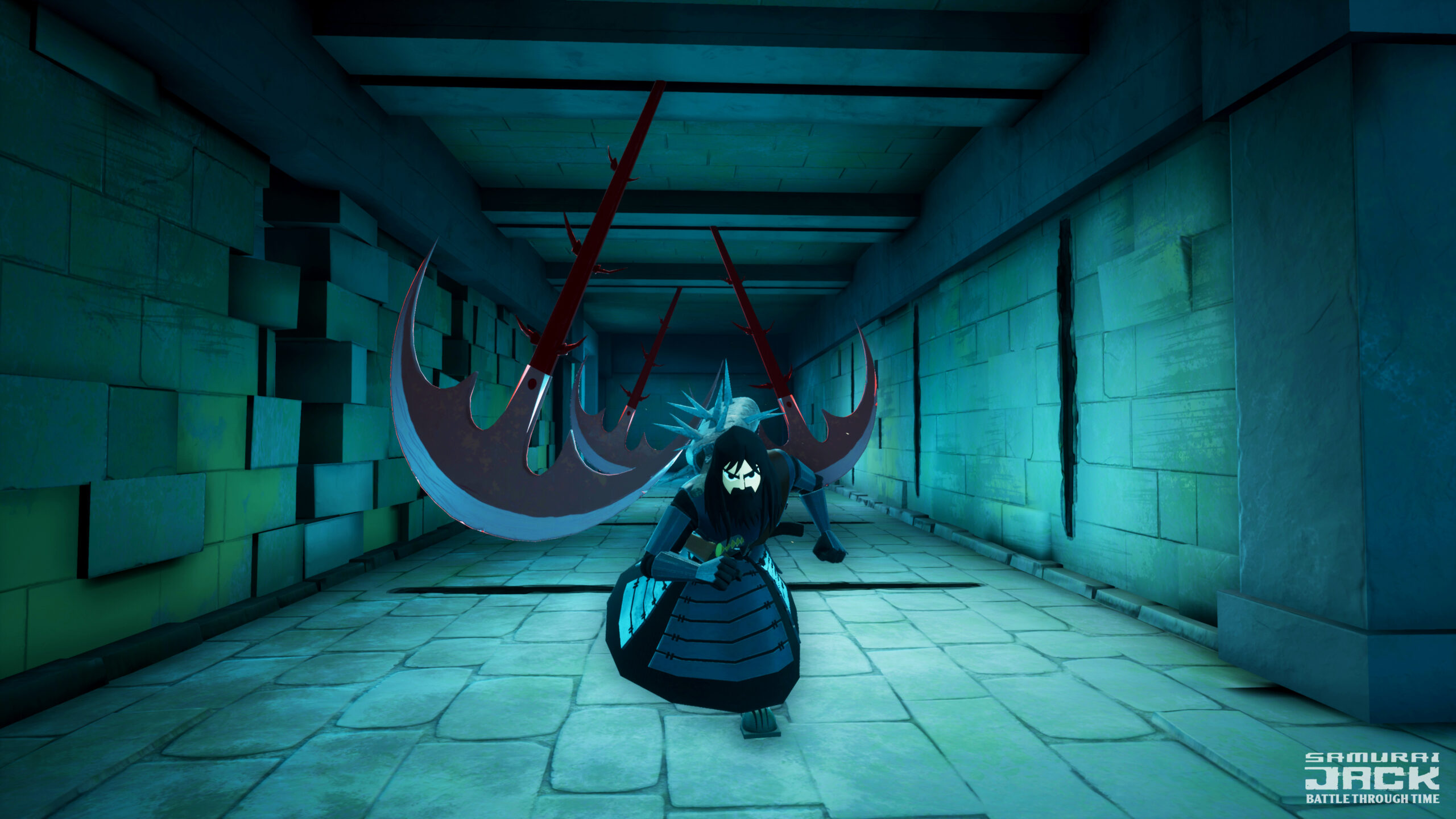 As you boot the game, the opening animation is taken from the show which is then supported with a cell-shaded 3D look for in-game cutscenes that manages to closely resemble the aesthetics of the original animation. The game looks good enough for the art style that it is targeting here, and while it is nothing mind-blowing, the character models closely resemble their show counterparts. The story is prepared in a way using the time loop to focus on letting the players revisit familiar locations. It is set during the final battle with Aku when Samurai Jack falls through a time portal and ends up in a post-apocalyptic world.

Samurai Jack has to figure out what is going on with the time loop to go back to defeat Aku, which is his goal. As he makes his way through the game, the game will offer a chance to interact with many of the iconic characters and scenes from the show. It is a love letter for fans through and through, backed by a gameplay design that feels dated now. It is primarily an action-focused game offering the player to equip a multitude of weapons but with a major flaw that hinders their potential. 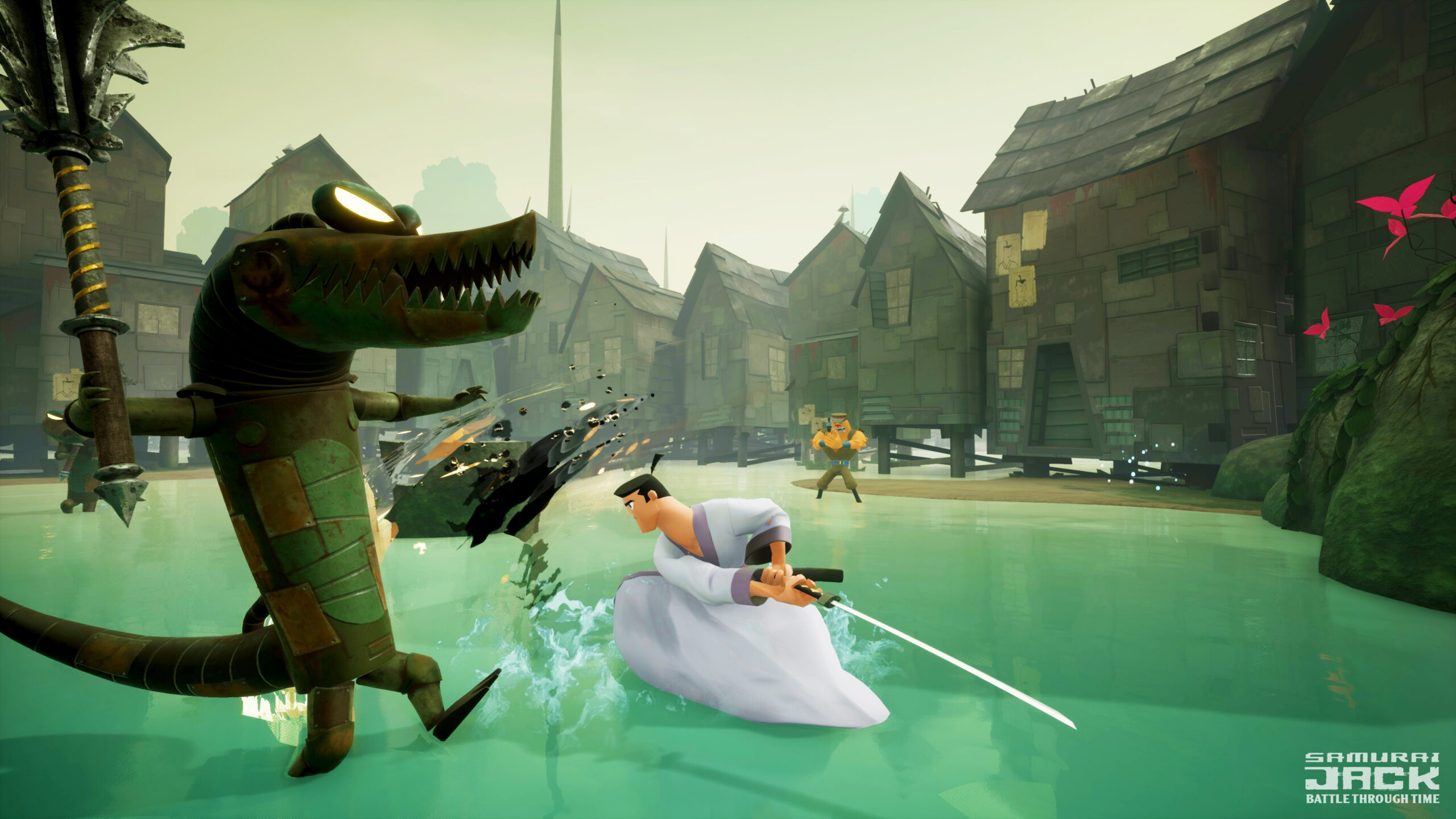 The weapons in this game are unfortunately tied with a durability meter which means they will break all the time. It leads to the player constantly having to maintain their loadout instead of enjoying the action-packed gameplay. I don’t see a reason why it was needed here. The upgrade system is also flawed to some extent with the upgrades tied to different collectibles. It can be confusing in the start to figure out how to farm these collectibles to unlock some of the more stylish upgrades offering new combos or moves to help in the battle.

Samura Jack: Battle Through Time plays more like an old-school game than a modern action-adventure. The level design is linear with checkpoints offering battles with a swarm of enemies. It usually leads to a boss battle that plays out in an arena. The story is the highlight of the game. It can be enjoyable if you are a Samurai Jack fan to experience these iconic locations, but even if you haven’t seen the show, there is plenty to enjoy here. 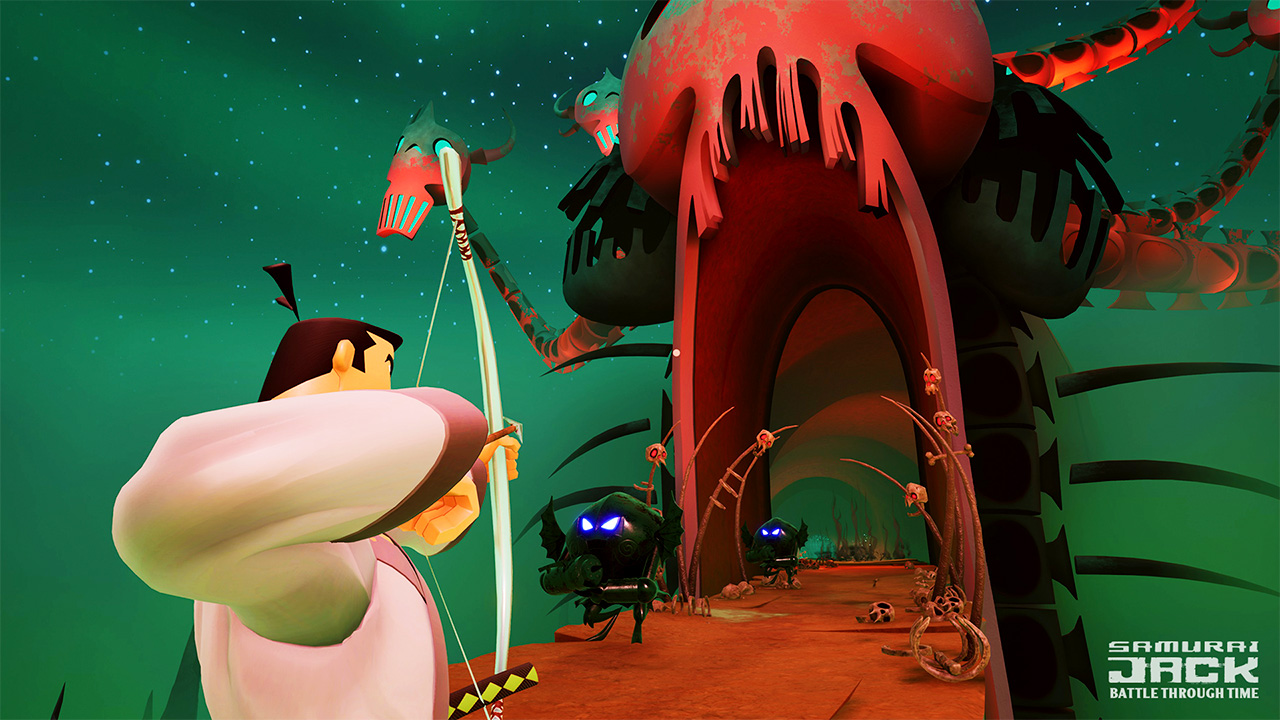 The game is not that difficult but the checkpoint system is flawed, which makes it a chore to repeat through a sequence if you somehow die. This applies to boss battles which can be tough to figure out the first time, but if you can learn how to parry and dodge attacks, it isn’t that hard. The flaws of the checkpoint system aside, the game offers a standard lock-on, dodge, parry, and block system. There is an upgrade tree that can unlock new moves or increase the combo potential for Samurai Jack, however as explained above, it is a bit cumbersome to properly navigate due to the different items tied to upgrades.

The flaws of the weapon system are apparent once you encounter enemies that are weak to a certain type of weapons. You have to customize your loadout depending on the enemy and then keep an eye on the durability of the weapon itself. In a game that manages to stick to old-school design, it doesn’ make any sense to offer something like this durability meter. It is a flaw that hampers the overall enjoyment factor. The combat is mostly good for a game of this caliber since it is a licensed IP. Boss battles are the highlight of every level and it is always exciting to look forward to them. 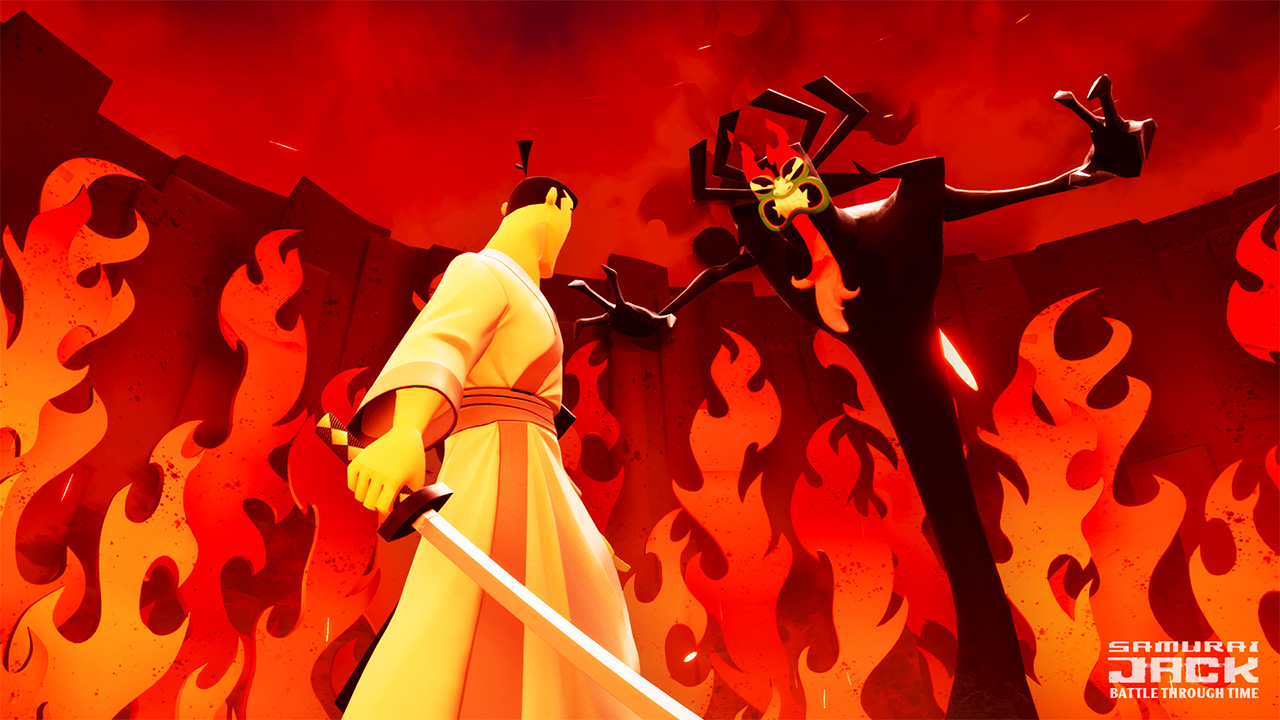 While this is not a perfect game for a licensed IP, it is a pretty good attempt by the developers that need to be praised. In an era where developers opt to cheap out with a licensed game focusing on the bare minimum gameplay or story elements, there is a good attempt made to bring the story of Samurai Jack to a video game.

Samurai Jack: Battle Through Time is an exceptional attempt for a licensed Samura Jack game. It does suffer from some repetitive gameplay but for the most part, this is a solid action game.