Grasshopper Manufacture, developer of Shadows of the Damned, appears to be working on a new horror game using Unreal Engine 5.

An interview with Grasshopper Manufacture founder, Suda51, will be released later today, in which he discusses the history of The Silver Case, NMH, GhM, and more. A brief preview of the special episode revealed both 3D models and 2D concepts for an enemy boss from an unannounced project. It appears that the Shadows of the Damned developer is working on a new horror game, and the game engine being used is none other than Unreal Engine 5.

On Mon./Tue. (see reply tweet for time zone details), we'll be releasing a #Suda51 interview bonus track on the #GrasshopperArchives, in which he discusses the history of The Silver Case, NMH, GhM itself, and more!

Be sure to check it out, and don't forget to subscribe to #GhA! pic.twitter.com/GxMaBNGTxX

The project file tree, as seen in the video, indicates that the game will likely involve weapon based combat. In addition, a boss named “cultboss” can also be seen in the psd file. The monster design is very reminiscent of the enemies from Shadows of the Damned, suggesting that this new Unreal Engine 5 game may well be a sequel. 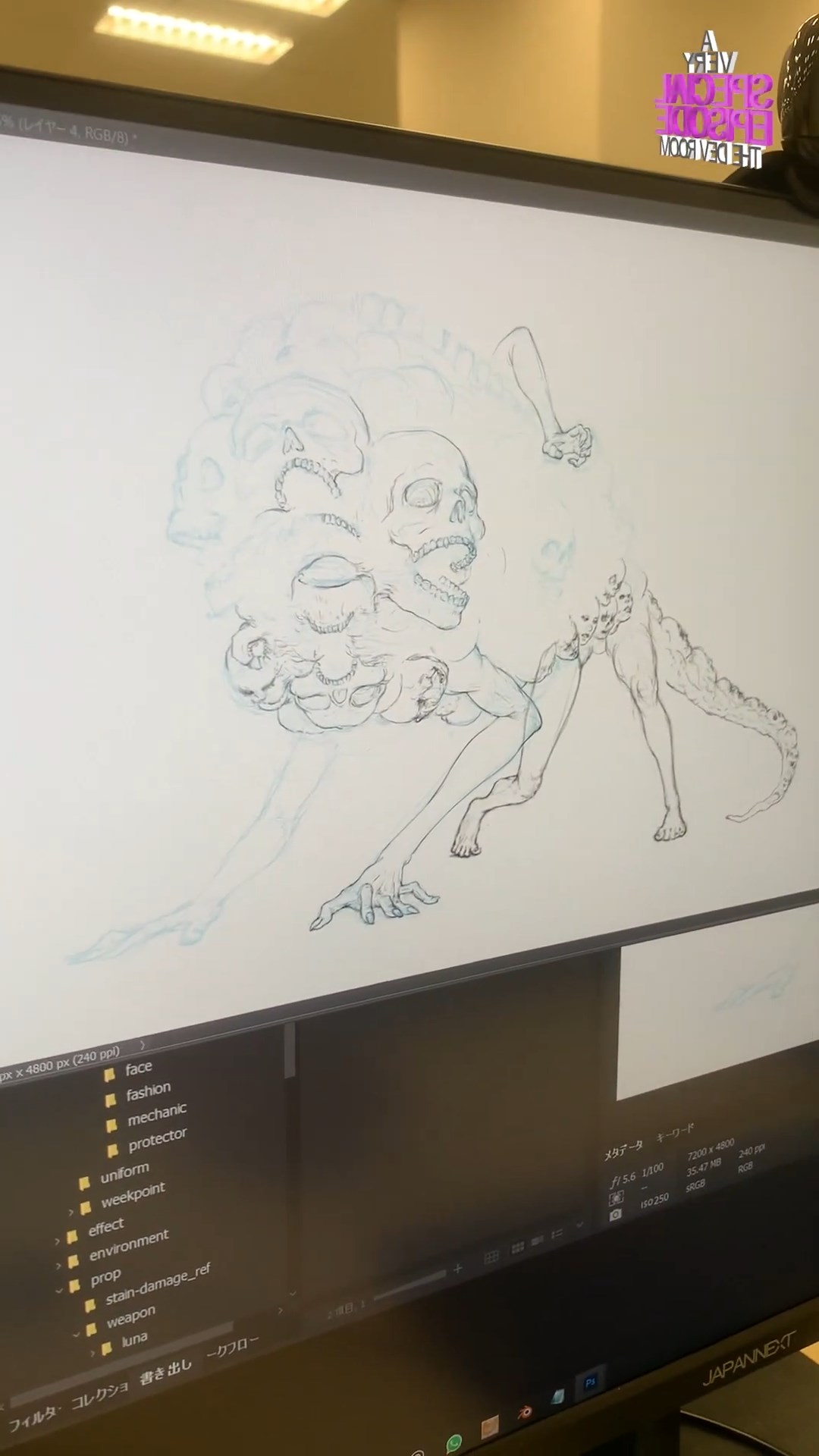 Shadows of the Damned is an action game developed by Grasshopper Manufacture and published by Electronic Arts for the PlayStation 3 and Xbox 360. Garcia Hotspur, a Mexican demon hunter who travels to the City of the Damned to fight its evils in an effort to save his true love, is the protagonist of the game. The game is the result of Goichi Suda and Shinji Mikami’s collaboration, and it combines the two designers’ respective aesthetics—the “punk rock” edge of the former and the “psychological action thriller” of the latter.

Johnson, Garcia’s sidekick, is always around and usually serves as a torch for quick or light melee attacks, but can also be used as a weapon if necessary. Johnson can transform into a pistol, a shotgun, or an automatic rifle. Each of these weapons can be upgraded into a more potent version by finding blue gems that are left over after boss battles and add extra abilities, or by inserting red gems that can be obtained from Christopher or found in the surrounding area and increase damage, reload speed, or ammo capacity.