Spider-Man: Miles Morales Platinum Trophy Owners Are Being Sent a Bonus In Email

Spider-Man: Miles Morales players are reporting that they are being sent an email by Sony that includes a bonus photo frame for the game.

Users on reddit and Twitter have shared an email that is currently being sent by Sony. This email provides a code that can be redeemed to unlock an exclusive photo frame that is used in the photo mode.

If you haven’t received any marketing emails from Sony, chances are that you have turned it off. Otherwise, if you have enabled the option to get marketing emails, you should check your inbox even if you haven’t platinumed Spider-Man: Miles Morales because so players are claiming that they have received the same code despite not achieving a platinum trophy.

Here’s how the photo frame looks like in action when using it in the game. 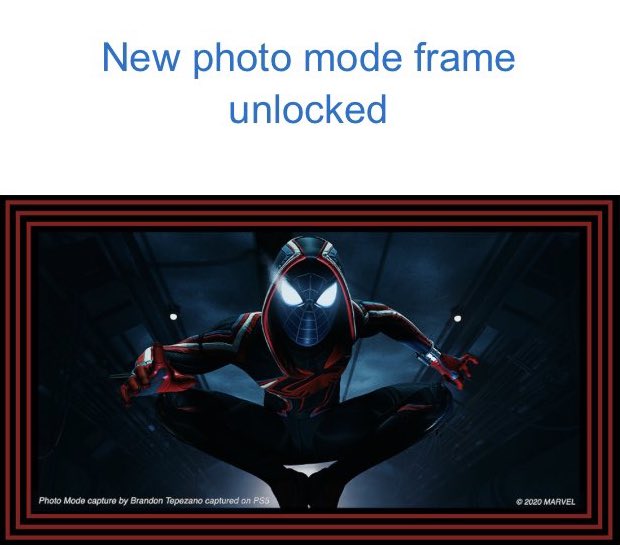 Spider-Man: Miles Morales is available for $49.99 on PS4 and PS5. The game is also cross-buy so purchasing it on PS4 should lead to a free upgrade to the PS5 version and vice versa.

Spider-Man: Miles Morales Update 1.06 Is Out, Here Are The Patch Notes