Star Wars Jedi Knight: Jedi Academy has been updated on all platforms. This classic Star Wars game has received some optimization for its multiplayer.

The new update for Star Wars Jedi Knight: Jedi Academy aims to resolve issues with the multiplayer. Additional security measures have been placed to improve the netcode. This update should be available on all platforms now. 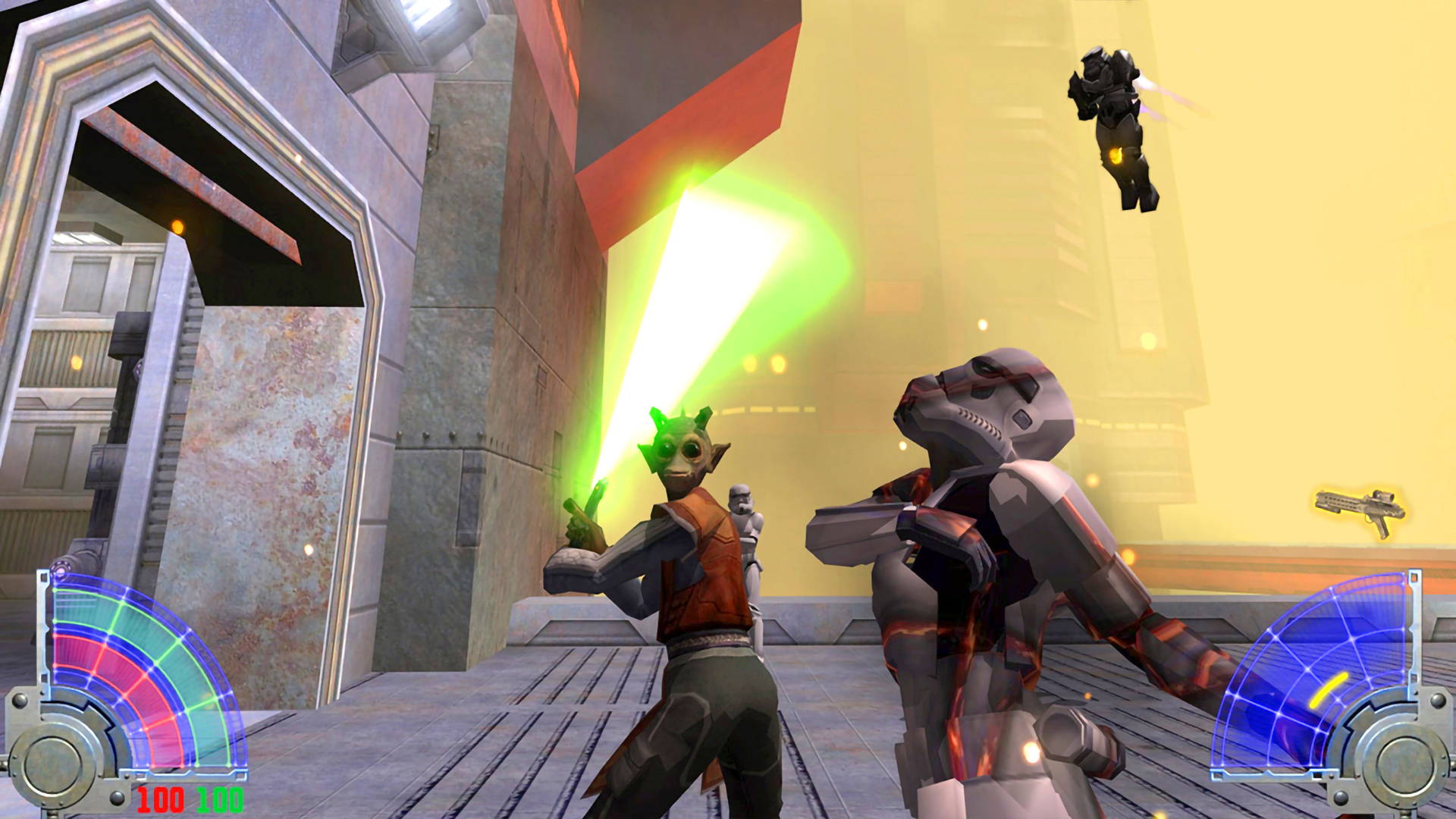 Here is an overview of the game taken from the official PlayStation Store.

The online multiplayer classic comes to PlayStation 4® with Trophies and modernized controls! Take on the role of a new student eager to learn the ways of the Force from Jedi Master Luke Skywalker.

– Play with up to 16 online players in six online multiplayer modes including: Siege, Capture the Flag, and Free for All.
– Customize your character by defining both look and gender before entering the Academy to learn the power and dangers of the Force.

– Construct your own Lightsaber from handle to blade. As you progress, discover the power of wielding two Lightsabers or the ultimate double-bladed Lightsaber made famous by Darth Maul.

– Interact with famous STAR WARS characters in many classic STAR WARS locations as you face the ultimate choice: fight for good and freedom on the light side or follow the path of power and evil to the dark side.

Read More: Cyberpunk 2077 Has More Pre-Orders On PC Than Consoles

The game is available to play on Xbox One, PC, Nintendo Switch, and PS4. It can be bought for $19.99 from the digital marketplace.