It appears that Bethesda’s Starfield may be going up for pre-order soon, based on the game’s Steam store page.

The Steam store page for the eagerly anticipated Xbox first-party title Starfield has been updated with a new banner that prominently highlights it as an Xbox Game Studios title, suggesting that the game may be going up for pre-order soon. 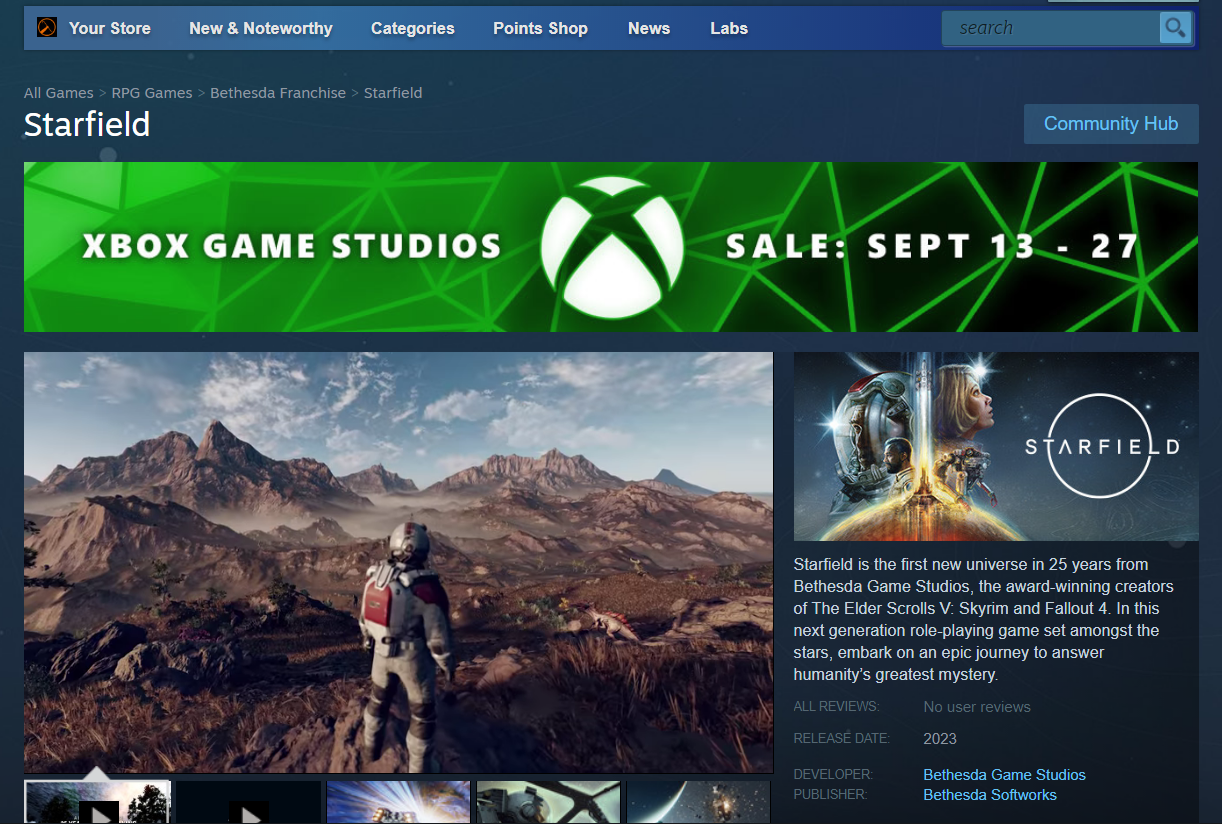 The tentative release date for Starfield is stated as sometime in the year 2023, though the expected release date falls within the early 2023 window. The game was previously delayed to the first half of 2023, but it now appears that Bethesda is able to provide a more specific time frame for its release. The Xbox Game Pass sign up page revealed that Microsoft expects Starfield to arrive sometime in early 2023, although no concrete release date has been available thus far.

Previously, head of Xbox Matt Booty stated in an interview that Starfield’s “NASA Punk” aesthetic calls back to the late 70s era sci-fi artists, including people like Ron Cobb and Robert McCall. Earlier in February, the lead artist, Istvan Pely, explained that his team coined the term “NASA Punk” early during development to describe a sci-fi universe that’s a little more grounded and relatable. According to him, the studio wanted a very realistic take.

Starfield Optimization Helped by Exclusivity On Xbox, More Details on Gameplay and Difficulty