According to the LinkedIn profile of Bethesda Game Studios Graphics Programmer Germain Mazac, a part of his responsibilities while working on Starfield was the handling of RTX integration. In addition, his profile also states that he worked on both PBR Lightning and Indirect Lightning for the game. 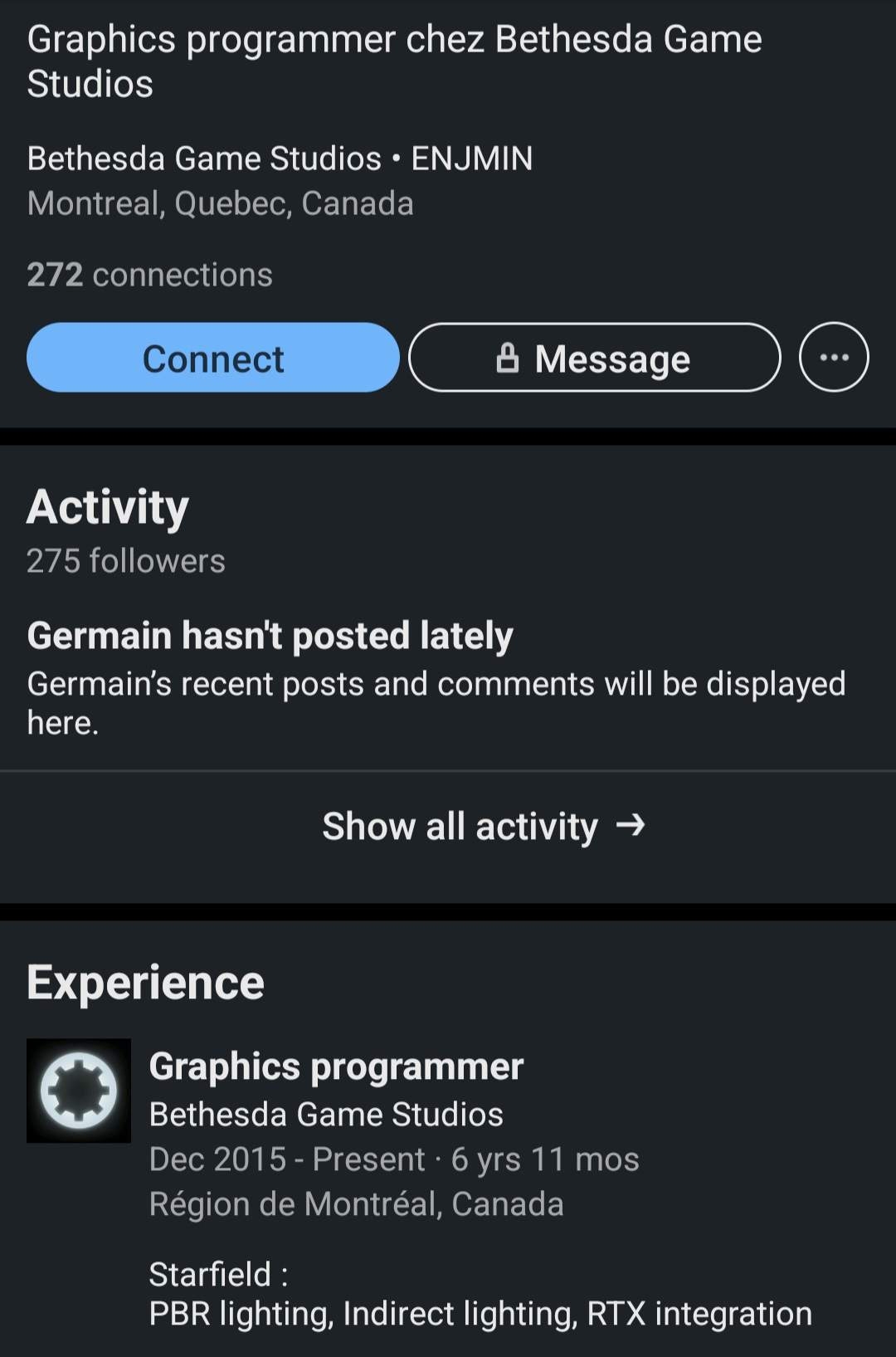 If Starfield does indeed support a suite of ray tracing features, it wouldn’t come as particularly surprising, given that Nvidia often seeks to have RTX features in big budget and popular releases. Being Bethesda’s latest major release after Fallout 4 and Fallout 76, it certainly fits the bill.

As for which particular RTX features the game will support is anyone’s guess. Being a massive open world game spanning across many planets, Starfield would benefit greatly from Ray Traced Global Illumination (RTGI). That said, it would be very taxing on the GPU, and this is likely where Nvidia’s new RTX 40XX series and DLSS 3.0 come in. Though, this is mere speculation at this point, and Bethesda has yet to reveal any details regarding RTX integration in the PC version.

Previously, it was revealed that the Starfield store page on Steam has been updated with a new placeholder release date, suggesting that a release date announcement is likely to happen soon.

The release date mentioned on Steamdb for Starfield was previously November 11, 2022, but it has now been updated with a new placeholder date of December 29, 2023. A few days ago, Bethesda had also updated the Starfield steam page and had added a new package. The package may have possibly been for an add-on or perhaps a season pass or Deluxe edition. The Steam store page getting updated with the new placeholder release date of 29 December, 2023 suggests that an official release date announcement is imminent.

Tags:
Previous Article
Need For Speed Unbound World Map Compared To NFS Heat; All Known Cars Revealed
Next Article
What is Responsible GamStop Gaming And How To Behave In Video Games