Super Monkey Ball: Banana Mania will be released later this October, but we were able to get an early peek at the game, and it looks amazing so far.

The series hasn’t seen many games in recent years, and the most recent game was a remaster, but Sega is bringing back a collection of classic Super Monkey Ball levels that have been restored with new visuals and enhanced controls for the first time. Not necessarily the controls, although there are lots of new features, such as minigames, new controllable characters from Sega IPs, and more.

Super Monkey Ball’s levels are themed on various settings. If you’ve played the original games, you’ll recognize these levels, and the restored visuals assist a lot. The controls feel a touch archaic in a game where you’re controlling a monkey wrapped in a ball. Given that I am not a die-hard fan of the series, it was difficult for me to grasp the fundamentals at first. The gameplay is straightforward, but the difficulty is in controlling your trajectory and collecting all of the bananas. These are the collectibles that are strewn around each level and provide you with points when you find them.

You may spend the points to get access to new outfits, characters such as Kiryu, and so on. I was also pleasantly pleased to discover the minigames, which are quite enjoyable to play. They may not be the highlight, but I can see myself devoting a significant amount of time to them. 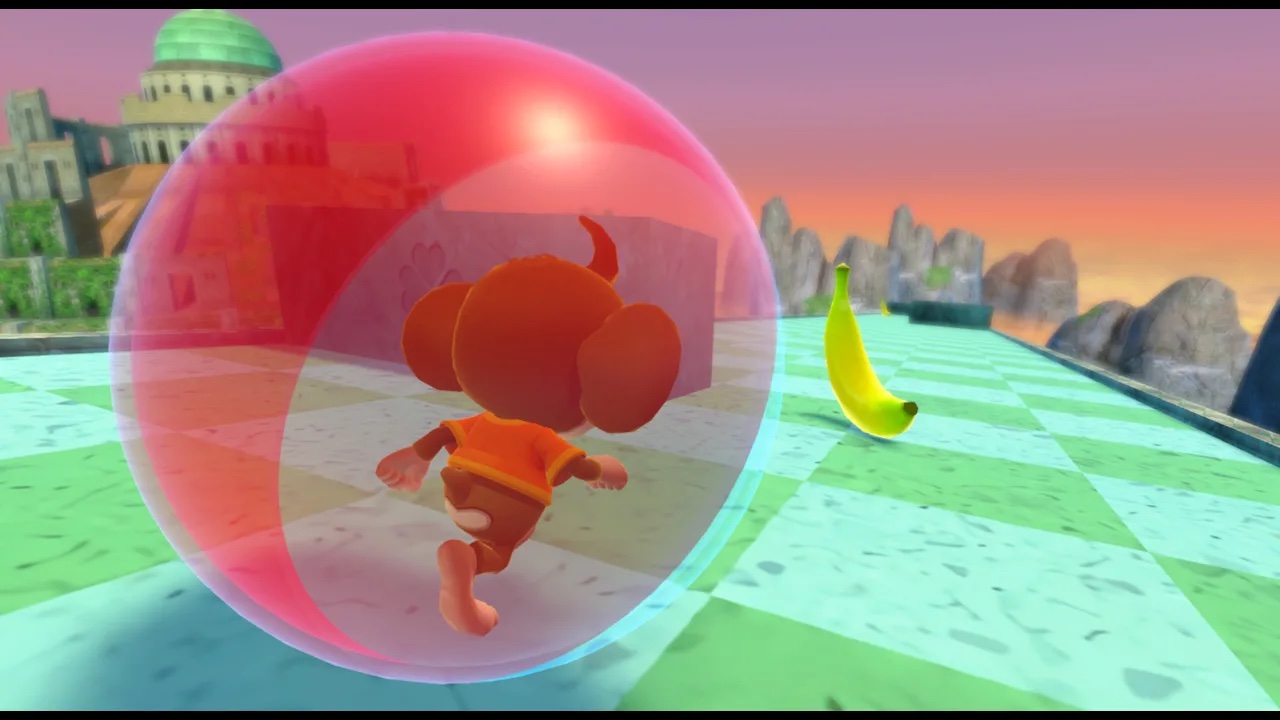 Super Monkey Ball: Banana Mania appears to be a game that will delight existing fans while also attracting new ones to the franchise. It is jam-packed with new unlockables, and if you enjoy collecting collectibles, there is no end in sight. With the inclusion of co-op, the replay value potential is endless, and it is a seamless 60 FPS experience so far.

Super Monkey Ball: Banana Mania will be available on the Nintendo Switch, PC, PS4, PS5, Xbox One, and Xbox Series on October 5, 2021. If you pre-ordered it, you may start playing it on October 1.