Super Smash Bros. Ultimate Update Version 1.2.0 Will Be Out Next Week

Super Smash Bros. Ultimate update version 1.2.0 will be out by next week. This was revealed through an in-game notification that teased some of the changes for this update.

Super Smash Bros. Ultimate has only received a single day one patch so far, which will update the game to version 1.1.0. The second update is currently being listed as offering more balance changes to the game and will release during next week. The image below shows how the notification message looks in the game. 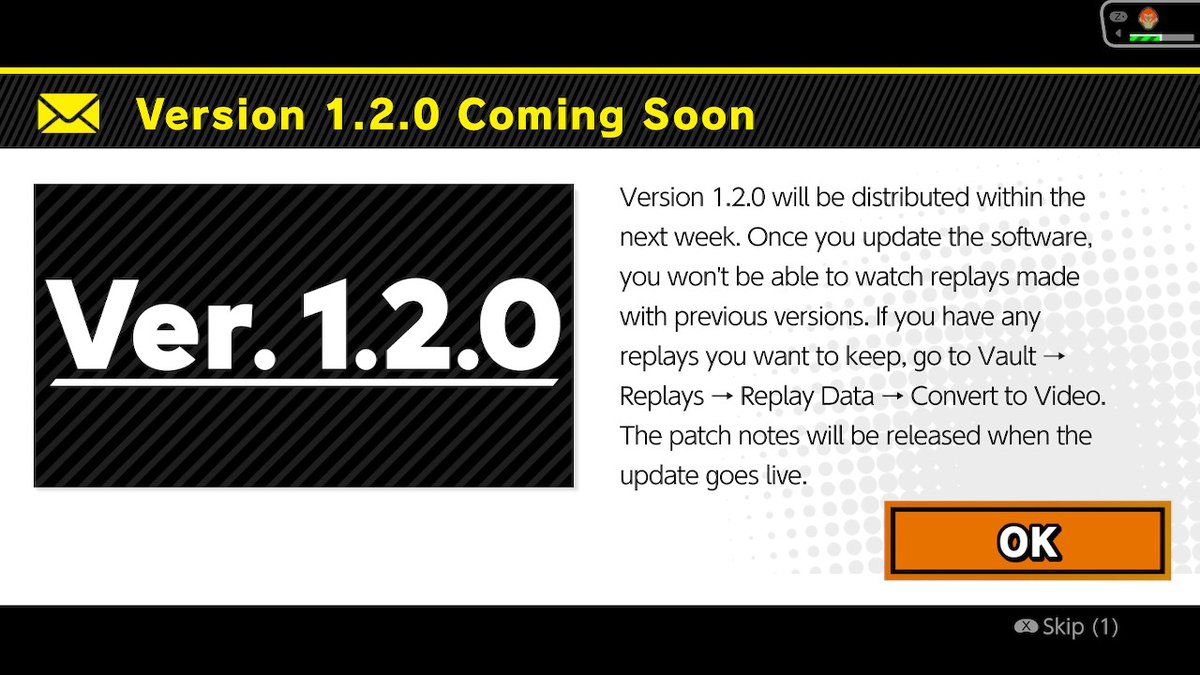 The warning on the notification mentions that replay data won’t be accessible once you update to the new version. Nintendo advises users who want to keep replay data to convert them to videos.

As for the patch notes for this new Super Smash Bros. Ultimate update, Nintendo will share them once the update is released next week, and the patch is available to download for everyone.

Super Smash Bros. Ultimate is a collaboration between Bandai Namco and Nintendo. It was released exclusively for the Nintendo Switch on December 7. It is one of the most comprehensive Smash Bros. game so far and features more than 70 fighters from different game franchise all in one place.