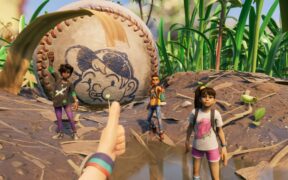 Grounded is an upcoming first-person survival adventure from Obsidian Entertainment. The first gameplay footage for Grounded has debuted at PAX East. Grounded was first revealed by Microsoft during X019 Fan Fest in London. It is one of the three projects that Obsidian Entertainment is currently working on, the other two being a sequel to The […]