Bandai Namco has shared the details on a new season pass for Tekken 7. This one adds an original character, a returning character, and two more.

Tekken 7 has received at least two season passes. The first season pass had a guest character with Noctis, Geese Howard followed by the second season pass which added Negan from The Walking Dead.

The announcement of Season Pass 3 was preceded by a classic Metal Gear Solid codec conversation which led many to believe that it might be for a Metal Gear Solid character, but it turned out to be an internal joke by the Evo management.

Zafina is due out this September followed by Leroy Smith. He will be released along with a new character and new feature later this Winter. 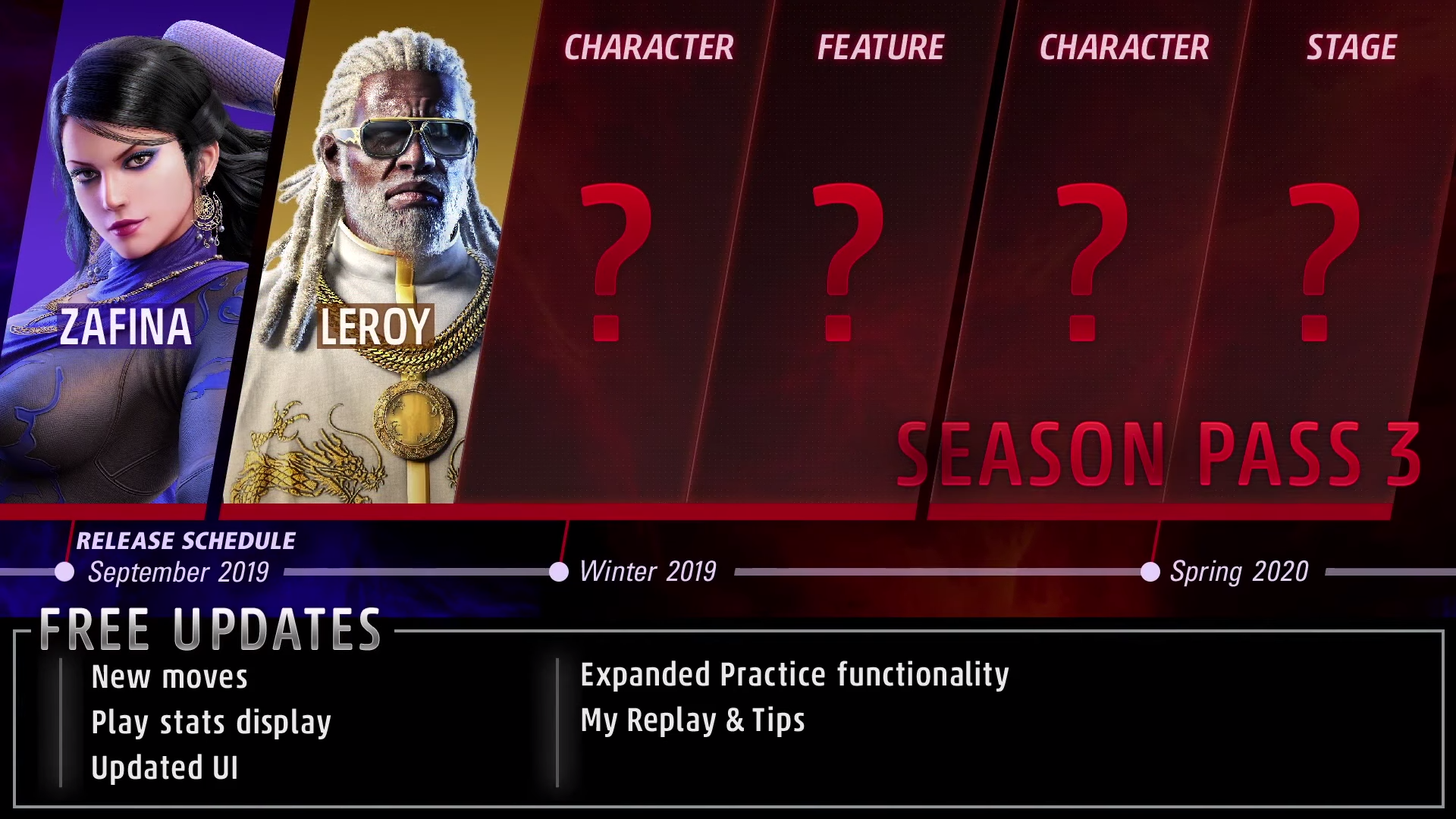 Zafina might be a returning character but Leroy Smith is an original creation for a new season pass 3. He appears to be an expert in martial arts and can be seen dueling with some of the big names in Tekken. The last character will be released in Spring 2020 along with a brand new stage.

The game will also get free updates that will add new moves, Play stats displayed, update the UI, expand practice functionality, and add a feature called “My Replay & Tips” which remains ambiguous for now. All of this content is planned to launch alongside the new season pass for Tekken 7.