Thanos has a lot of blood on his bands but he is not stopping now. In a new intro video for The Simpsons, Thanks will make an unlikely appearance.

Avengers: Infinity War showed how powerful Thanos can end up being after equipping the Infinity Stones. While we won’t spoil the movie here, Thanos has the ability to turn anyone into dust thanks to the Infinity Gauntlet. He uses this power in the new The Simpsons intro to finally make the wishes of many die-hard fans come true.

The Russo Brothers have shared a clip from the intro of The Simpsons revealing Thanos as the guest character. He does what is expected from him and turns the whole The Simpsons cast into dust with a single snap of his finger.

As the snap ends, only one of the cast member survives this ordeal and it is none other than Maggie. Pretty cool intro although it doesn’t rank among the best seen in The Simpsons. It does make for a nice throwback to the Avengers: Infinity War ending. 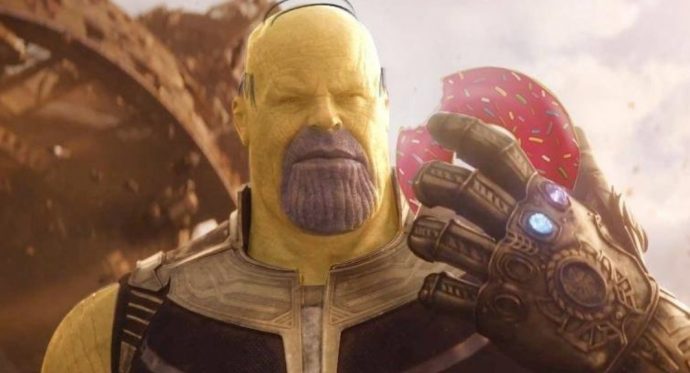 As Thanos is completely bald, some fans took the time to make him into Homer Simpson and he looks pretty accurate to be honest, although a bit too creepy at times.