The Walking Dead: Saints and Sinners Review – A Worthy Adaptation

The Walking Dead: Saints & Sinners is a VR survival-action game from developer Skydance that is loosely based on the well-known comic and TV series of the same name. Originally released for PC earlier this year, the game has now made its way to PSVR. Saints & Sinners puts you in the shoes of a survivor of the zombie apocalypse that has taken over the world. The game bears a closer resemblance to the tone and style of the comics as opposed to the TV series.

After a tutorial gets you up to speed with the basics, you’re introduced to the story via a series of narrative sequences. Set in New Orleans, your journey begins at a cemetery, which serves as the central hub throughout your adventure. You’ll find yourself quickly indulging in the usual survival activities, such as using workbenches to craft all sorts of equipment through raw materials gathered from waste accumulated during exploration. Doing so requires you to load your backpack with seemingly useless junk, such as packets of cigarettes or keyboards. It often feels like a chore, if only because the grind involved doesn’t particularly result in an enjoyable outing in VR. The game necessitates it by design, however, as crafting and carrying an arsenal of weapons is crucial to your survival during the action-packed missions. 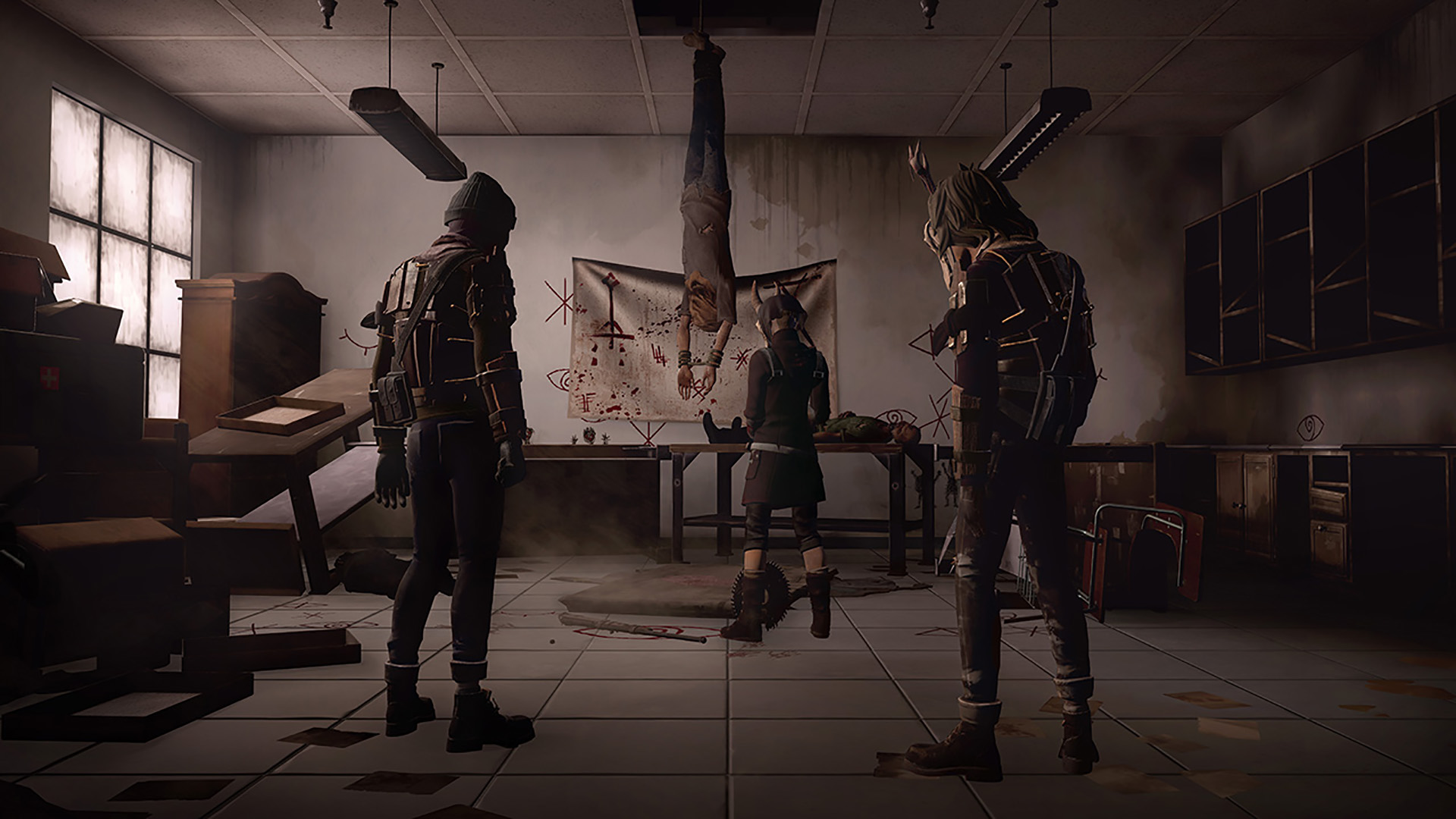 Most of the aforementioned missions take place during the daytime. You use the map on a modified airboat to fast travel to each of the four corners of the city. Once inside the city, exploration is time-constrained, indicated by the watch on your left wrist. There are only a couple of indoor buildings for you to explore in each region, though there are multiple ways of getting inside. When the time is up, the church bells ring and attract a horde of walkers to the city, resulting in an increase in the number of walkers out in the streets. As a result, you’re encouraged to return to your boat before the time runs out. Should you find yourself stuck in the city after the church bells ring, you’ll need to be more careful about your escape. Once killed, the innards of certain walkers can be applied to yourself to make it difficult for you to get spotted by walkers during such tense scenarios. 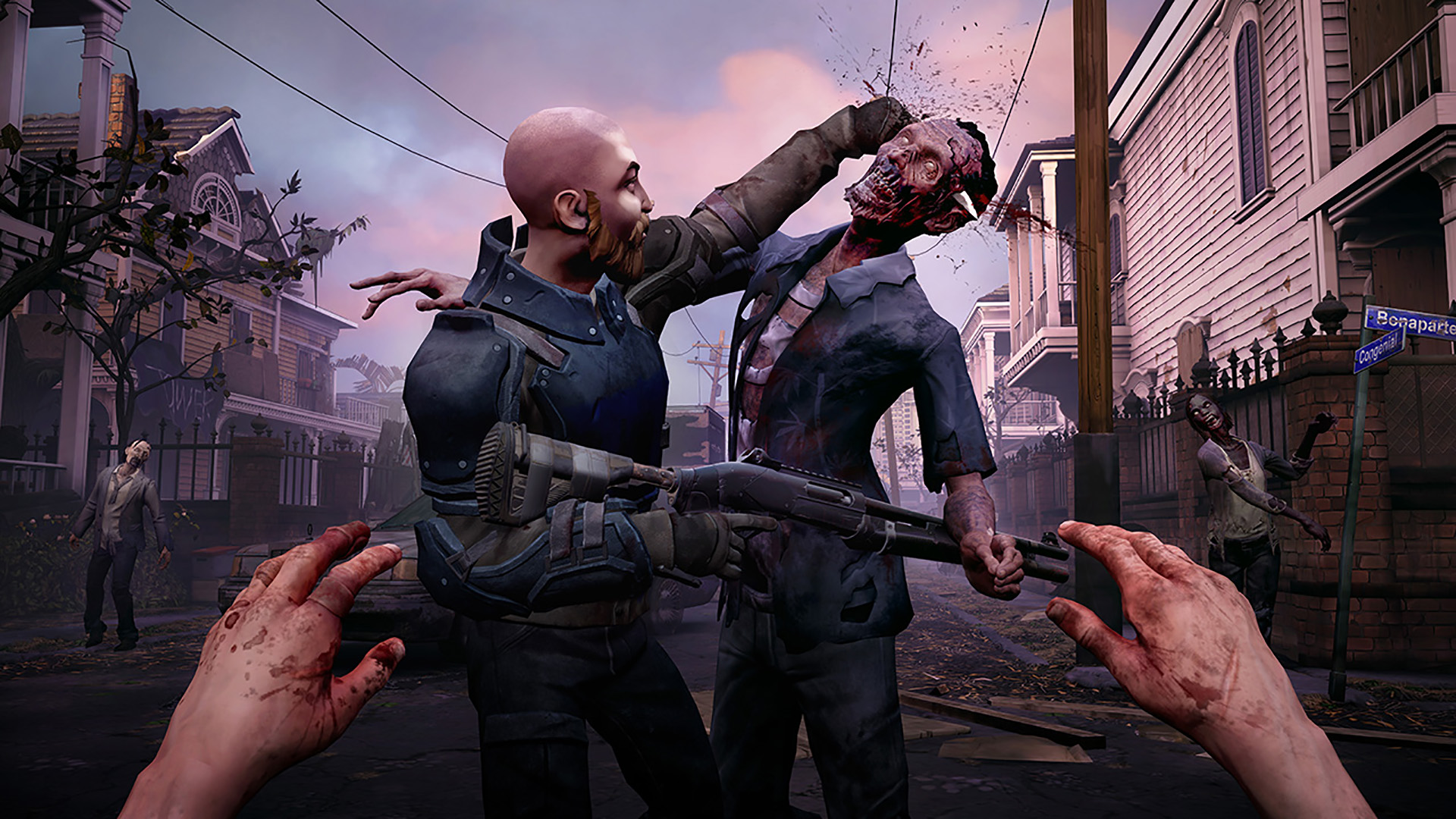 Much like in the comics, the only way to deal with walkers is to decapitate them or damage their skull. Therefore, aiming your weapon at their heads is the only strategy when engaging walkers in combat. Firearms are generally best suited for taking care of crowded situations. Nailing a precise headshot feels rewarding, as it instantly does away with a walker from a safe distance. Landing a well-placed blow with a melee weapon is easier, but also risky as it requires you to be in proximity of the target walker. Wielding heavier melee weapons using both hands, such as an ax, allows you to deal considerable damage, but at the cost of limiting your options. On the other hand, keeping one hand free allows you to grab the head of a walker and land a blow to its skull with a lighter weapon, such as a knife, held in the other. Upon stabbing the enemy, it’s also necessary to pull your weapon out from its corpse. 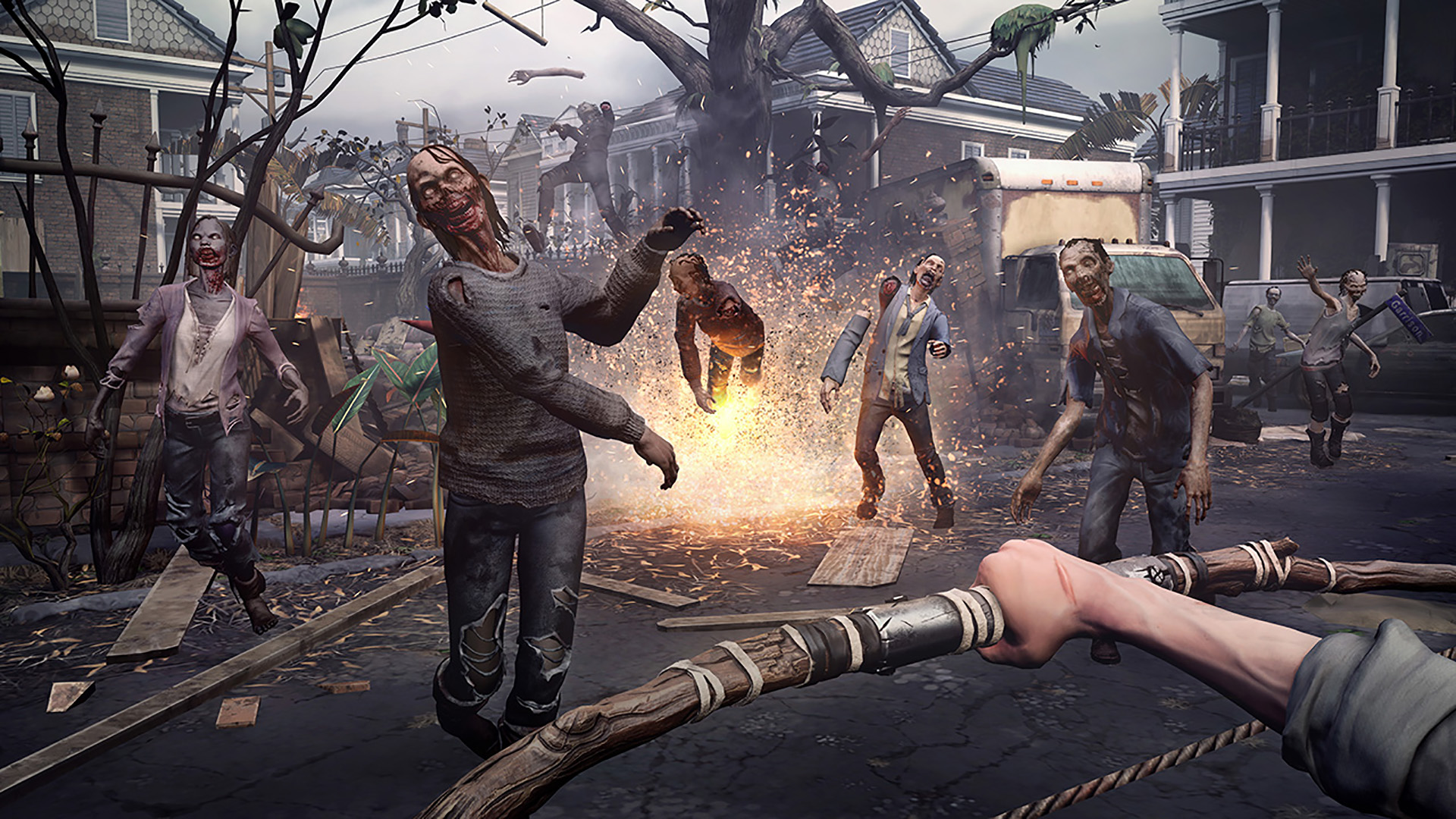 The physics-based approach to gameplay gives a sense of weight and inertia to your actions, making them seem all the more believable and physically correct in VR. Motion controls play a key role here as well, and it is worth mentioning that the PS Move controllers, known for their awkward camera-based tracking, work remarkably well in Saints & Sinners. Movement is mapped to the left Move controller and works similar to how it did in Skyrim VR, which, given the lack of analog sticks, is the ideal control scheme for the aging motion controllers.

Each of your actions builds up your stamina gauge, whether it be running, climbing, or grabbing a walker, pushing it back, or sticking a weapon into its skull. Stopping for a breather will gradually let you recover your stamina. There’s also a hunger gauge that adversely affects your maximum stamina. Food is not readily available, however, and you’ll have to cook up a meal at your camp. Similarly, your health gauge is recovered by using bandages and drugs. 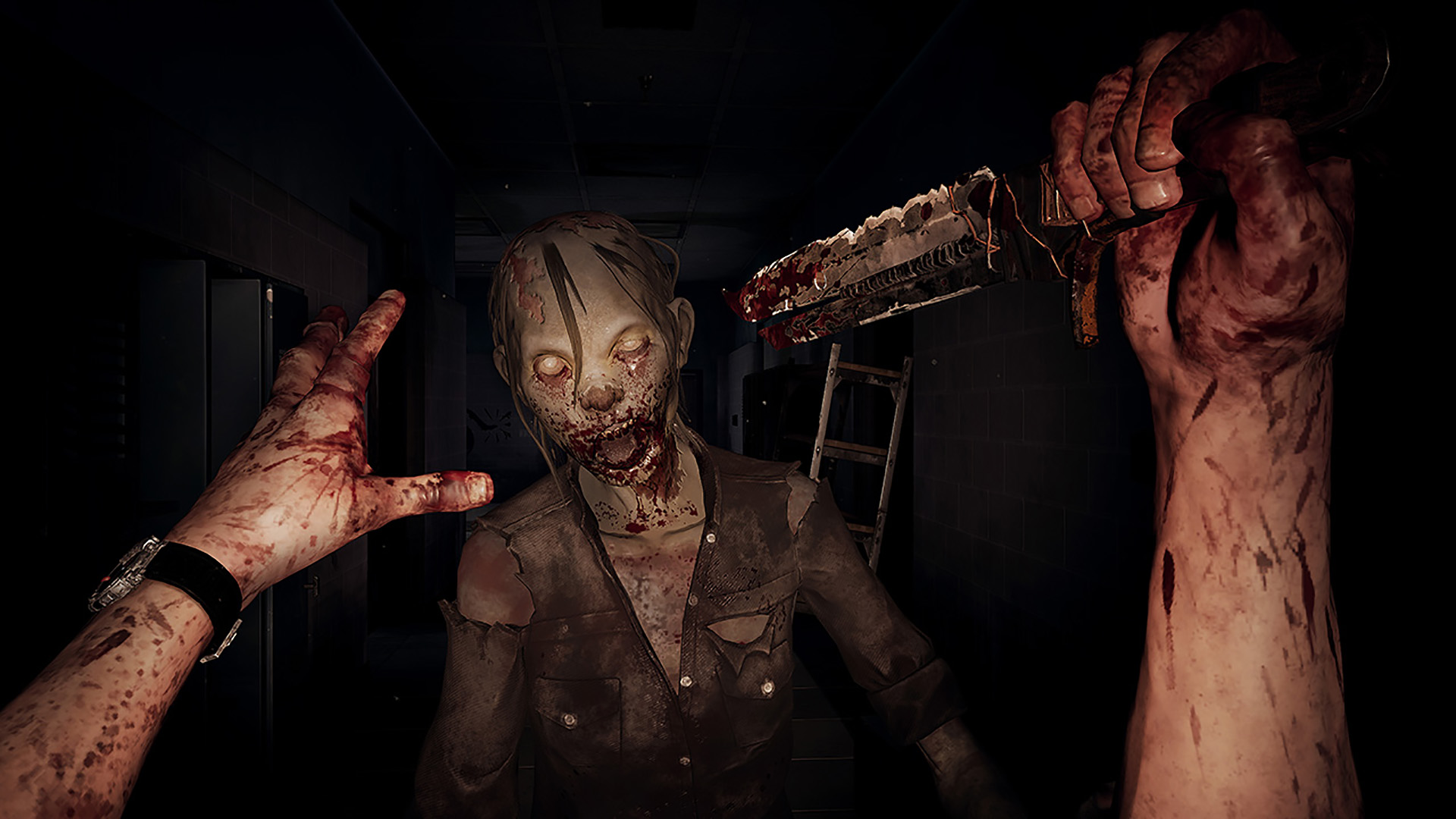 All weapons, including firearms, have durability associated with them, which needs to be taken into account before heading out to explore the city. A worn-out weapon instantly breaks upon use, and this can build tension during combat, especially if you don’t have a substitute in your inventory. In a page right out of From Software’s book, should you get killed, you respawn as a new survivor and lose access to the items in your backpack. You must then trace back to the place where you were killed to recover your inventory. Failing to do so will result in losing the items for good.

The dead are not your only enemies in Saints & Sinners. As seen in the comic and TV series, mankind can be just as dangerous in such dire times. You’ll come across factions of people who will refuse to let you survey their area, therefore you’ll need to infiltrate stealthily. Initially, what seems like a nice change of pace, these forced stealth sections can get a little cumbersome, especially due to the inconsistent AI.  The encounter design is a little underdeveloped in comparison to the action-packed moments, which are easily the game’s highlight. 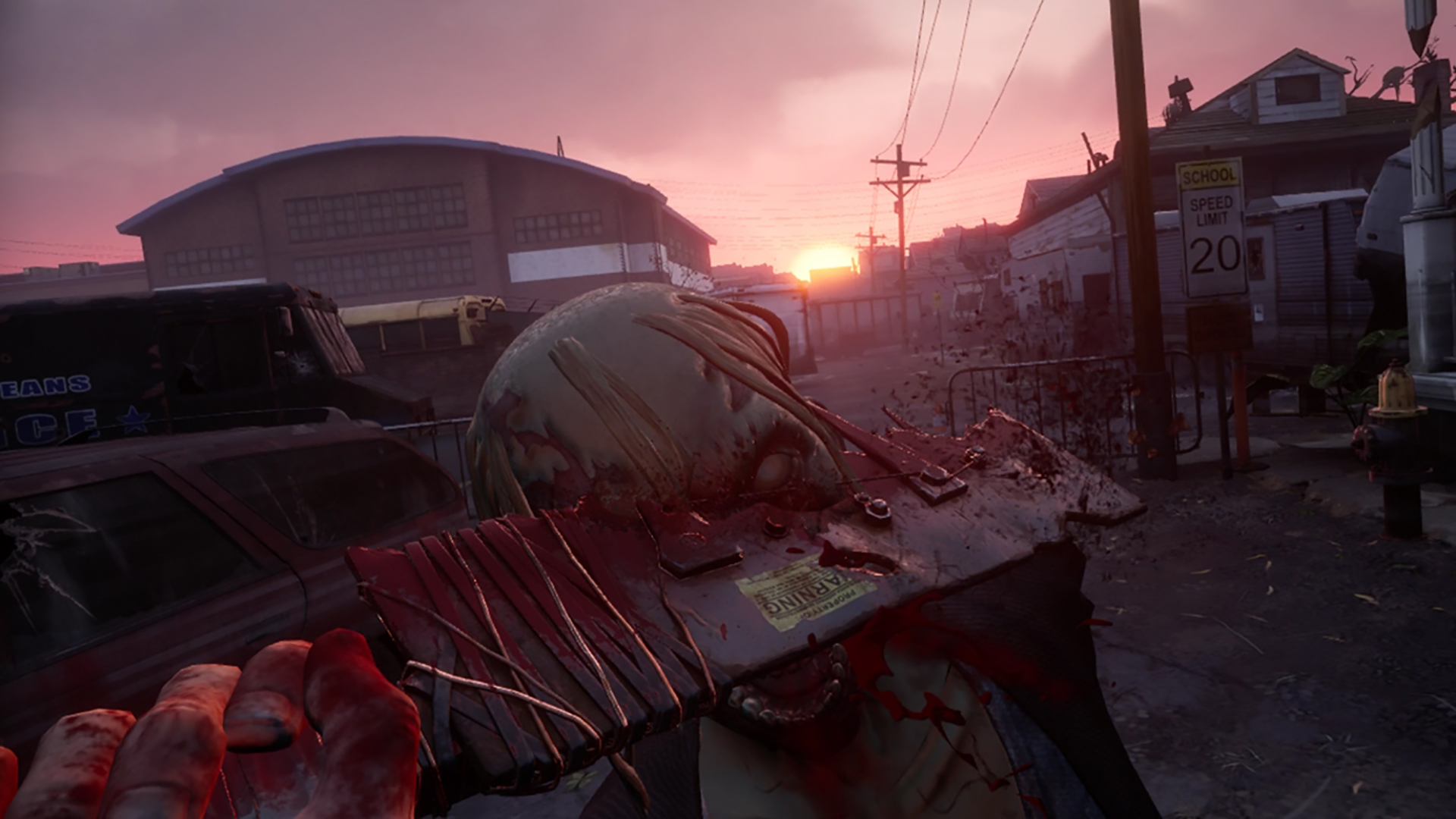 As the game’s title implies, Saints & Sinners also allows you to make some morality-based choices. You can choose to be a saint by helping out those who are in need, or you can be a sinner by killing and looting their supplies. There are benefits associated with both alternatives, but your choices don’t have meaningful consequences.

The PSVR version has taken a hit concerning visuals, primarily in texture quality and more aggressive use of fog. Outside of that, it’s a faithful port of the PC game. The standard comfort-related options are also present for those who struggle with VR motion sickness.

The Walking Dead: Saints & Sinners’ moment-to-moment combat is where the game is at its best. It’s an immersive, thrilling, and engaging take on the world of The Walking Dead that’s only marred by a few mundane design choices. All in all, it’s most certainly worth checking out by PSVR owners.